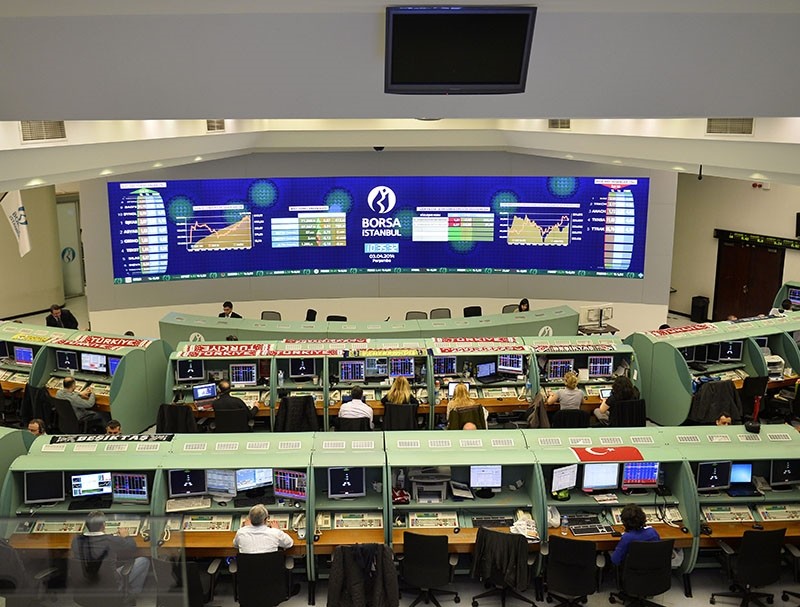 In the first transactions of the day on Thursday, the BIST 100 index rose by 0.16 percent while the banking sector index advanced by 0.50 percent, maintaining the upward trend.

The ascending movement had come to the forefront on Wednesday when the index gained over 2 percent for the first time in 21 days.

Meanwhile, analysts have been optimistic about the rise, even discussing the possibility of the index crossing the 90,000 threshold.

What caused the index to rally?

Analysts say the environment which prepared the index for Wednesday's gains exceeding 2 percent, following long-lasting pressure, was supported by January profits from the banks and the fact that the U.S. Federal Reserve's(Fed) March interest rate hikes were already priced.

According to Ak Yatırım, the possibility of the Fed's interest rate hike in March seems to have been priced by the markets, and it is clear that the effect will not be significant if the interest rate increase decision is made.

Meanwhile, the banking sector's profit data for January that was released on Wednesday showed that it exceeded expectations and recorded a 50 percent increase than that of the previous month.

The prediction made at the Banks Association of Turkey meeting that the strong loan growth observed in the first two months of the year could keep the loan growth rate at 15 percent per annum made it clear that the increase was led by the banking shares.

Ak Yatırım, which indicated that positive opinions on the technical side continued, pointed to 93,500 as the target figure.

Meanwhile, Ziraat Yatırım was of the opinion that 90,000 will be targeted, suggesting that a strong purchase around the main support can technically increase the likelihood of breaking the barrier, and that if the level is broken, 90,000 can be targeted.

With high possibility that the Fed will decide on an interest rate hike in its March meeting and despite theweakening of domestic bonds, the capital flow into prominent stocks of the index, yielded the rally in the BIST 100, according to analysts.

Although the global hike in the U.S. dollar created a spike of the greenback against the Turkish lira, positive global risk perception has a potential to positively impact the local markets denominated in Turkish lira. The evident surge in the domestic PMI index released on Wednesday support the upward movement in the stock market.

Moreover, U.S. President Donald Trump's speech in Congress and the positive trend in economic activity created new historic records in the stock markets and supported global risk assets and caused a soar in the dollar and interest rates denominated in the dollar.

Last week, non-residents made a $50.9 million purchase at the stock market, according to the weekly statistics released by the Central Bank of the Republic of Turkey.