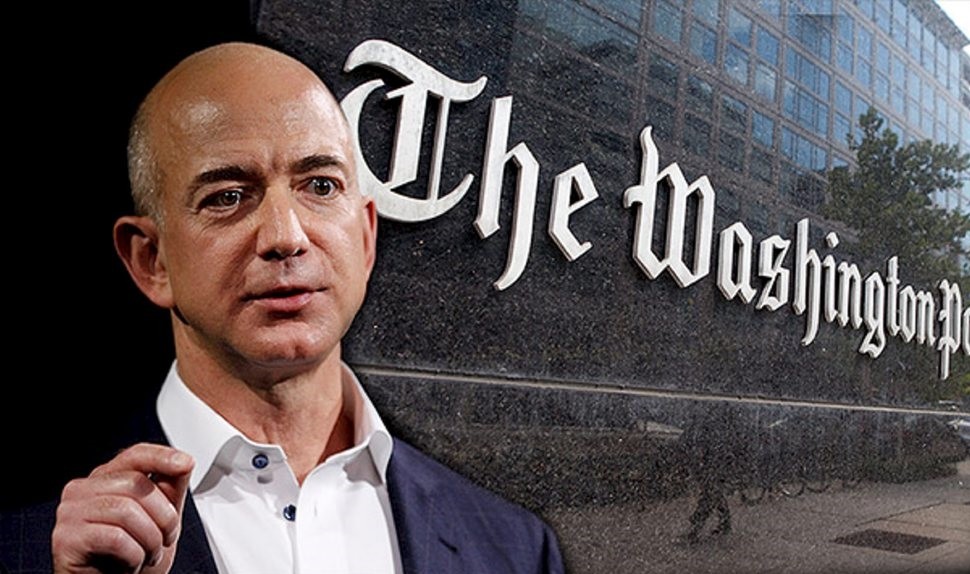 Bezos bought the Washington Post for $250 million four years ago in a private deal not related to Amazon.
by Mar 16, 2017 12:00 am
Billionaire Jeff Bezos scored a double win this week as the Washington Post, the newspaper he bought in 2013, signed its biggest contract to date to sell web publishing tools mostly hosted by Amazon.com Inc, the company he founded and runs. The deal, with Los Angeles Times-parent tronc Inc, is a boost for the Washington Post as it looks to branch out from its core news business against a backdrop of falling advertising revenue for traditional media.

The newspaper's year-old service, called Arc Publishing, now has about a dozen clients and is aiming for $100 million in annual revenue. Bezos bought the Washington Post for $250 million four years ago in a private deal not related to Amazon.

"Thanks LA Times for choosing WaPo's Arc Publishing for your digital platform, and kudos to tech team at The Post!" Bezos posted on Twitter on Monday, when the deal was announced.

For AWS, Arc represents a new opportunity to extend its reach into the publishing world, where a host of software companies serve both news media and corporate clients that increasingly publish material on the web to directly reach customers. AWS already counts publishers Hearst and the Guardian as customers. Despite the Bezos connection, the choice of using AWS is not automatic, said the Washington Post.

"We will host with whatever cloud service gives us the maximum value," the company's Chief Information Officer Shailesh Prakash said in an email, noting it uses alternative vendors Instart Logic Inc and Akamai Technologies Inc for certain features. The Washington Post pays for AWS, he added.

"There's no doubt that this could prove to be a terrific source of captive clientele for Amazon Web Services and an interesting new market for them," said Jim Friedlich, CEO of the Lenfest Institute for Journalism and a former Wall Street Journal executive.

"If it succeeds, as I suspect it will, it will be a game-changer for The Washington Post," he said.

Analysts said the Post has taken a leaf out of the Bezos playbook, making money out of tools originally built for internal use, as Amazon did with the data centers that now form the backbone of AWS.

Gene Munster, a veteran equity analyst and now head of research at Loup Ventures, said Arc revenue will be small for AWS but "is the type of thing that (helps one become) smart in a vertical, that adds skills and features, that basically attracts clients."

The Washington Post's revenue goals for Arc will not be easy to achieve. In years past editorial technology has not been immune to the wider problems facing the print media industry, which has suffered plummeting revenue.

"Many brands are evolving (into) publishers including financial institutions, and all of them need modern story-telling tools," Prakash said. Revenue "could be significantly less if we fail to grow this nascent (and technologically challenging) business."