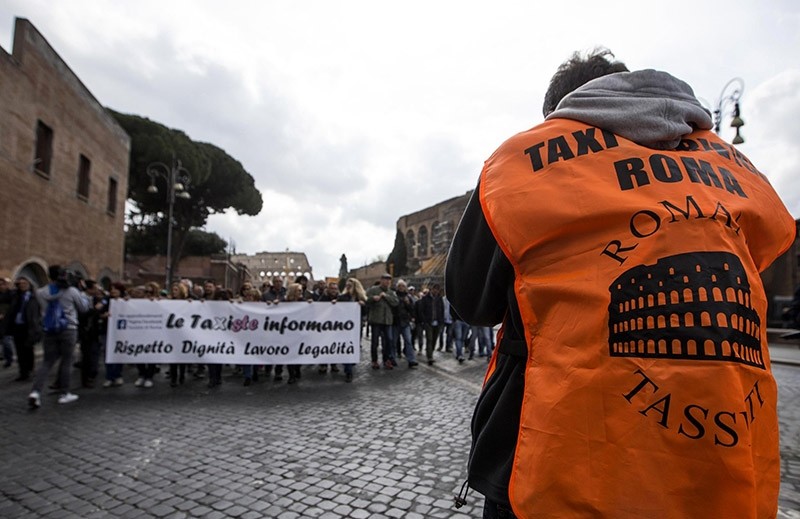 Taxi drivers went on strike across Italy on Thursday over a government proposal to regulate new market players, such as Uber.

Unions called the strike from 8 am to 10 pm (0700-2100 GMT) to protest what they called a "savage liberalization" that would impoverish drivers who play by the rules while legalizing cheaper alternatives to licensed taxis.

The government proposal would, among other measures, set up a national registry for non-licensed drivers who pick up passengers via an app.

In Rome, very few taxis were to be seen at Fiumicino airport and none at all were on hand at Ciampino airport, UGL Taxi union told Italian news agency ANSA.

On Wednesday, a Turin court turned down an appeal by California-based Uber against a Milan court ruling that blocked the UberPop app in Italy. The 2015 ruling said that Uber drivers were able to charge "significantly lower rates than taxis" thanks in part to the fact that they operate without having to pay for a license or installing a meter.

Currently, Italian cities issue a set number of taxi licenses each year, and purchasing an existing license from another driver can reportedly cost anywhere from 180,000 to 200,000 euros (just over 215,000 dollars). In Florence this year, authorities put 20 new licenses up for sale at 175,000 euros apiece, according to the Uritaxi union.

This means taxi drivers must stay on the road for years to work off the price of the license.