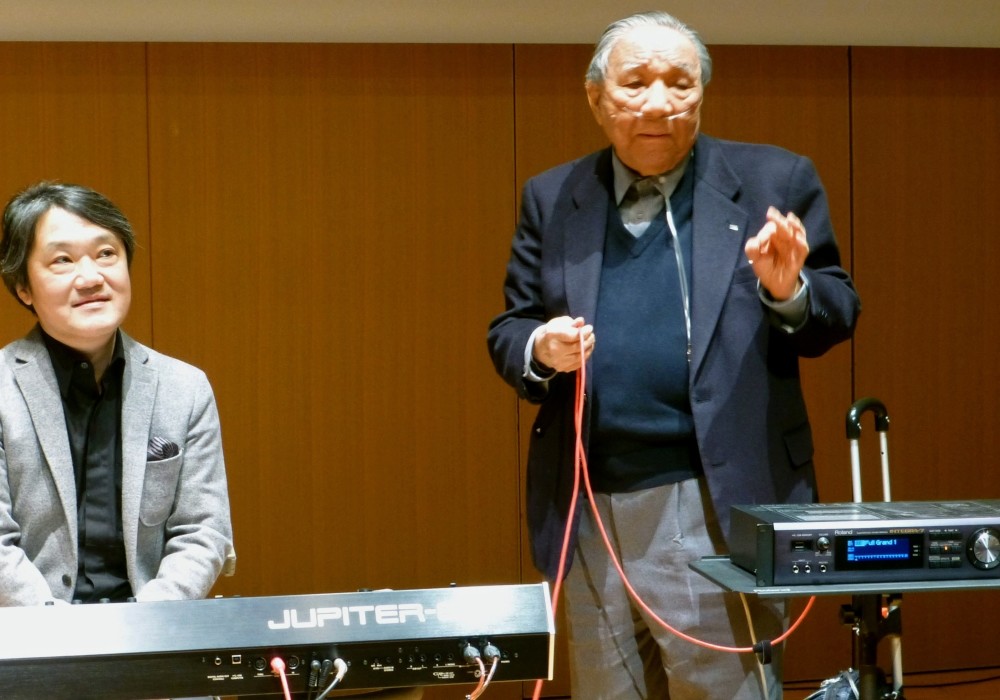 by Apr 04, 2017 12:00 am
Ikutaro Kakehashi, founder of Japanese electronic musical instrument maker Roland which defined much of the sound of 1980s pop, has died aged 87. Kakehashi, who won a technical Grammy, passed away on Saturday, according to digital musical instrument manufacturer ATV, which he established in 2013. An ATV official said details were being withheld until after Kakehashi's funeral at his family's request. Kakehashi founded Roland in 1972 after running an electronic appliance shop in his native Osaka in western Japan.

His keyboards were a staple of synth-pop bands such as Duran Duran, Depeche Mode and Kraftwerk and were popular with electro pioneers Jean-Michel Jarre, Herbie Hancock and The Prodigy. David Bowie worked with the Roland GR-500 guitar synth to record his 1980 hit "Ashes to Ashes" while Marvin Gaye used the iconic TR-808 drum machine on his smash single "Sexual Healing".

Marc Almond, vocalist for new wave duo Soft Cell, tweeted: "A man who changed music Ikutaro Kakehashi the Roland Synth 808 and more has sadly passed. Thanks for the Electro sounds."

The TR-808 was also a staple of hip hop acts from Run DMC and Afrika Bambaataa to the Beastie Boys, while more recently the rapper Kanye West used it on every track of his 2008 album "808s & Heartbreak".

Kakehashi received the 2013 Technical Grammy Award in 2013 for contributions to the music industry through the establishment of the "MIDI (Musical Instrument Digital Interface)", a global standard for transmitting electronic musical data across various digital instruments. In the same year, Kakehashi left Roland and set up the new digital instrument company ATV, reportedly because of a clash with Roland management.
RELATED TOPICS