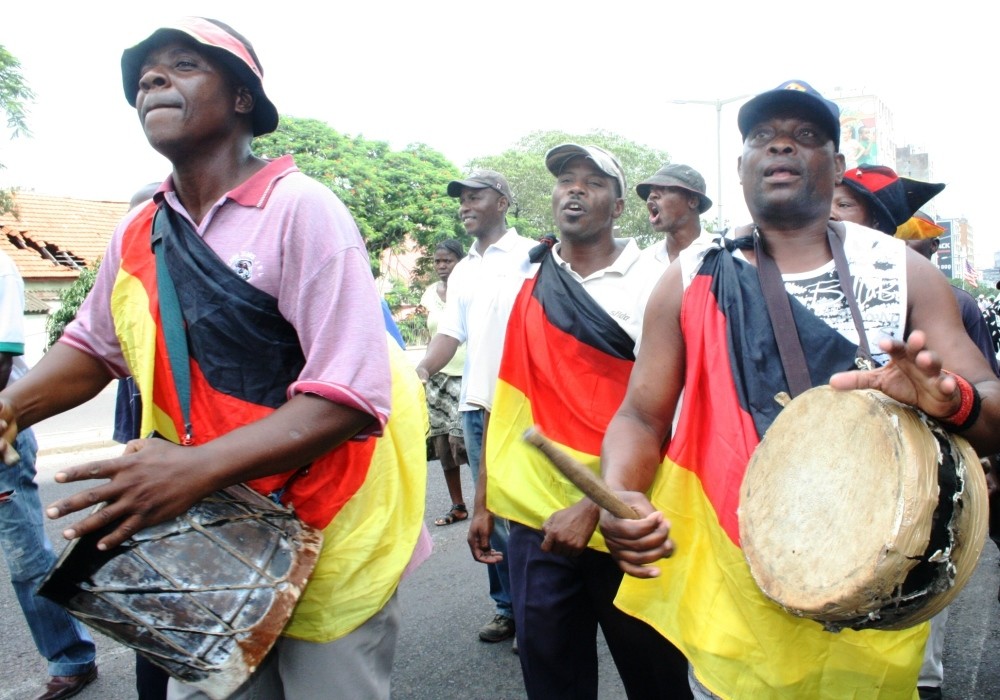 Many Mozambicans sought to flee the deeply poor and troubled nation to seek gainful employment in former East Germany's steel, construction, manufacturing and textiles industries.
by Apr 17, 2017 12:00 am

Long overshadowed by the more numerous and vocal Turkish ‘guest worker' community, Mozambicans who arrived in Germany decades ago still struggle to assert their rights in their adopted homeland

Faced with huge industrial production problems, pre-unification East Germany relied heavily on labor from communist "brother states" such as Cuba, Hungary, Vietnam and Angola. But the first from Africa were Mozambicans, with around 15,000 eventually arriving in a deeply foreign, sometimes bitterly cold and often hostile new place. After independence in 1975, their homeland plunged into civil war between Marxists who set up a one-party state after fighting Portuguese colonial forces and rebels backed by white Rhodesia and apartheid South Africa.

"We were also escaping the civil war," which engulfed Mozambique for 15 years until 1990, said 50-year-old Emiliano Chaimite, who lives in the eastern city of Dresden. Like the Turks who spurred West Germany's "economic miracle" in the 1960s and 1970s, Mozambicans often accepted jobs East Germans were unwilling to do. But it hasn't been easy and they have faced repeated bouts of xenophobia and brutality.

Chaimite has worked since his arrival in Germany in 1986 to fight racism, but laments an anti-immigrant mood that lately has taken hold. He cites in particular the racist movement Pegida, which has been holding weekly marches in Dresden's city center since October 2014.

"After all the work we did before the arrival of Pegida to inform people, we feel like we've been sent back to square one," said Chaimite, who started off in a foundry and now works as a nurse.

"If you look at the situation on the streets, it reminds you of the 1990s," agreed Morgado Vasco Muxlhanga, 56.

He was just 19 when he came to East Germany in 1980 to work in a slaughterhouse. Both he and Chaimite worked hard to learn German early on and ended up marrying local women.

But when the Berlin Wall fell in 1989 and the two Germanys became one less than a year later, most Mozambicans found themselves stripped of their jobs and housing. The majority said they never received full wages for the work they performed under difficult conditions and many were summarily sent home to a nation that had long been a Cold War proxy battlefield.

In the tumult, racism reared its head - particularly in the disaffected states of the east.

"The young guys we used to play football with started saying 'Foreigners out! Go to Auschwitz!' and colleagues would cross to the other side of the street," Chaimite said, contrasting attitudes with the warm welcome he said he first received in the German Democratic Republic after experiencing colonial-era racism at home.

A wave of violence culminated on April 6, 1991 when Jorge Gomondai, 28, a neighbor and colleague of Muxlhanga's, was thrown on to the tracks of a streetcar in Dresden after being attacked by 14 skinheads. His death is considered the first racist murder of the post-reunification era and led to a legal fiasco for lack of a serious investigation.

"It was horrible. We got together in small groups in Berlin asking 'Do we really want to stay here?'" recalled former metal worker Augusto Vinheque, who was himself attacked in the German capital in 2001. Recalling those dispiriting years, they recounted the jeers and racist monkey noises, the fear of walking home, the desire to safeguard their children.

Chaimite, who tried in vain to open up a dialogue with Pegida, blamed the view - long mainstream in politics - that "Germany is not a country of immigration". The United Nations in February condemned the "structural racism" faced by blacks in Germany "at school, at work and in the public sphere".
RELATED TOPICS