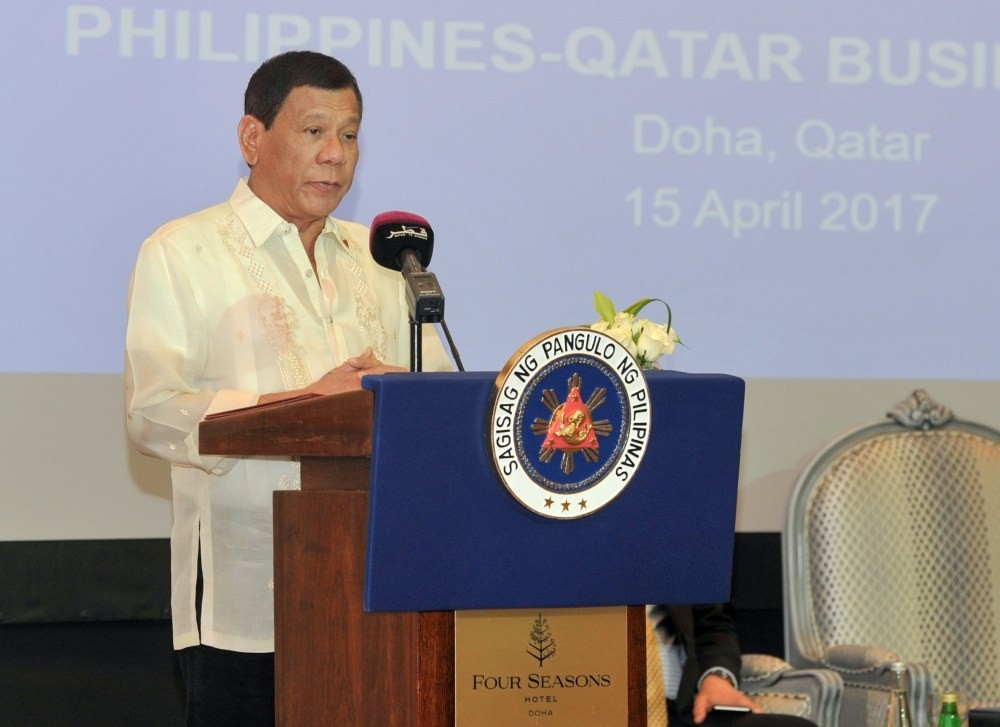 Filipino President Rodrigo Duterte
by Apr 17, 2017 12:00 am
Qatar and the Philippines have signed trade agreements worth $200 million during the final leg of President Rodrigo Duterte's Gulf tour, Manila's trade and industry secretary told reporters in Doha yesterday. Ramon Lopez said 6,000 jobs would be created in the Philippines as a result of the 13 agreements signed between private companies at the weekend, which covered areas such as health, defence and tourism.

"The private firms in Qatar have shown great interest in various projects (in the) Philippines," Lopez told the Qatar Tribune newspaper.

"There are many more opportunities where they can invest."

His comments came as Duterte prepared to meet senior government officials in Doha on Sunday, and less than 24 hours after the controversial former mayor addressed an adoring crowd of almost 7,000 supporters in Qatar. Duterte thrilled a sell-out audience by reiterating his uncompromising policy pledges on drugs -which has gained him popularity at home and notoriety in the West - and warned those in the drug trade not to test him. During an hour-long speech, Duterte spoke also about his pledges on clamping down on corruption and sang a duet with a local Filipino singer, Hanna Uddin.

Some 240,000 Filipinos live in Qatar, and a large majority voted for the president in last year's election. Despite criticism of the way some Filipino workers are treated in the Gulf, Duterte said earlier on his visit that expats managed to send home more than $7 billion (6.6 billion euros) in remittances in 2016. The president returned home after also visiting Saudi Arabia and Bahrain. doha / afp
RELATED TOPICS