Berlin startup offers a year with no money worries 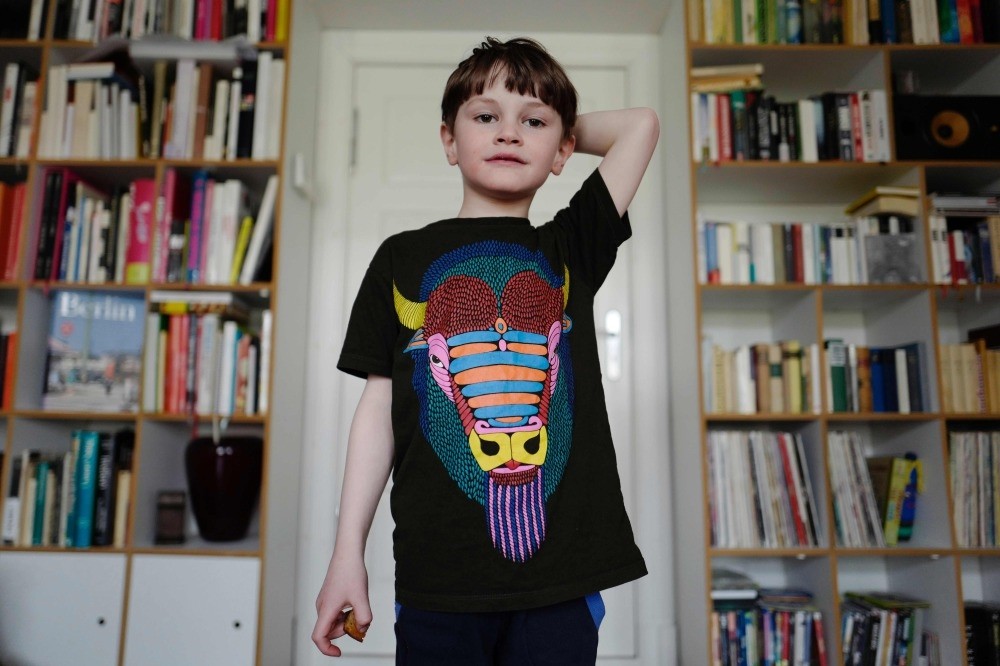 Five-year-old Miko won the basic income lottery from the ,Mein Grundeinkommen, (My Basic Income) initiative, leading his family to receive a monthly sum of 1000 euros for 12 months.
by Apr 18, 2017 12:00 am

If you were paid 1,000 euros a month without having to earn it, what would you do? An experiment into universal basic income is looking to find out what people's choices are if they are guaranteed payments for life

Miko from Berlin may only be five, but he already has 1,000 euros per month to live on - not from hard graft, but as part of an experiment into universal basic income. He is one of 85 people, including around 10 children, chosen by startup Mein Grundeinkommen (My Basic Income) to receive the payments for a year since 2014.Founder Michael Bohmeyer has set out to prove to a skeptical public in Germany and further afield that the universal basic income (UBI) idea is workable.

"Thanks to my first startup, I got a regular income, my life became more creative and healthy. So I wanted to launch a social experiment," 31-year-old Bohmeyer told AFP. And he wasn't alone in wanting to test the idea, as some 55,000 donors have stumped up the cash for the payments in a "crowdfunding" model - with the final recipients picked out in a "wheel of fortune" event livestreamed online.

Mother Birgit Kaulfuss said little Miko "can't really understand, but for the whole family it was exhilarating" when he was chosen - offering a chance to live "in a more relaxed way" and take a first-ever family holiday.

"Everyone sleeps more soundly and no one become a layabout," Bohmeyer said of his beneficiaries.Recipients' experiences range from a welcome spell without financial worries to major turning points in their lives."Without day-to-day pressures, you can be more creative and try things out," Valerie Rupp told public broadcaster ARD in a recent interview. She was able both to take care of her baby and start a career as a decorator - even as her husband, newly arrived from Mali, was taking German lessons. Winners have left jobs that were doing little more for them than put bread on the table to become teachers, taken time out to address chronic illness, broken alcohol addiction, taken care of loved ones, or paid for children's studies.

"It's at once a gift and a prompt" to make a change, explained Astrid Lobeyer, who used the money to give eulogies at funerals and studied the therapeutic Alexander technique, a method for relieving stress in the muscles. Bohmeyer's experiment has fascinated social media and boosted discussion about a universal income in Germany. At the same time, Finland is testing the idea with 2,000 homeless recipients and the idea is a flagship policy for French Socialist presidential candidate Benoit Hamon.

In 2009, the German parliament flatly rejected a petition from some 50,000 Germans demanding a universal income. Nevertheless, some 40 percent of the public still think it's a good idea, according to a survey last June by pollsters Emnid. Supporters have formed a campaign group called "Buendnis Grundeinkommen" (Basic income federation) with their sights on September's legislative elections, but so far no major party has taken up the cause. There are pockets of support among left-wingers, the right, Catholic organizations and even industry leaders, whose reasoning ranges from fighting poverty to simplifying bureaucracy or smoothing the transition into the digital era. Resistance to the idea is more focused, centering on how UBI would change people's relationship to work. Right-wingers dismiss it as a "reward for laziness," while the Social Democratic Party (SPD) worried in 2006 about unemployed recipients being "labelled useless" rather than getting help to find jobs.Meanwhile, major unions like IG Metall and Verdi denounce the idea as a "liberal Trojan horse" that would "boost inequality" by paying millionaires and poor people alike.People's choices in terms of qualifications or work if they were guaranteed the payments for life are the real mystery, the economist argues.
RELATED TOPICS