Coke making its way over North Korea as Chinese brand 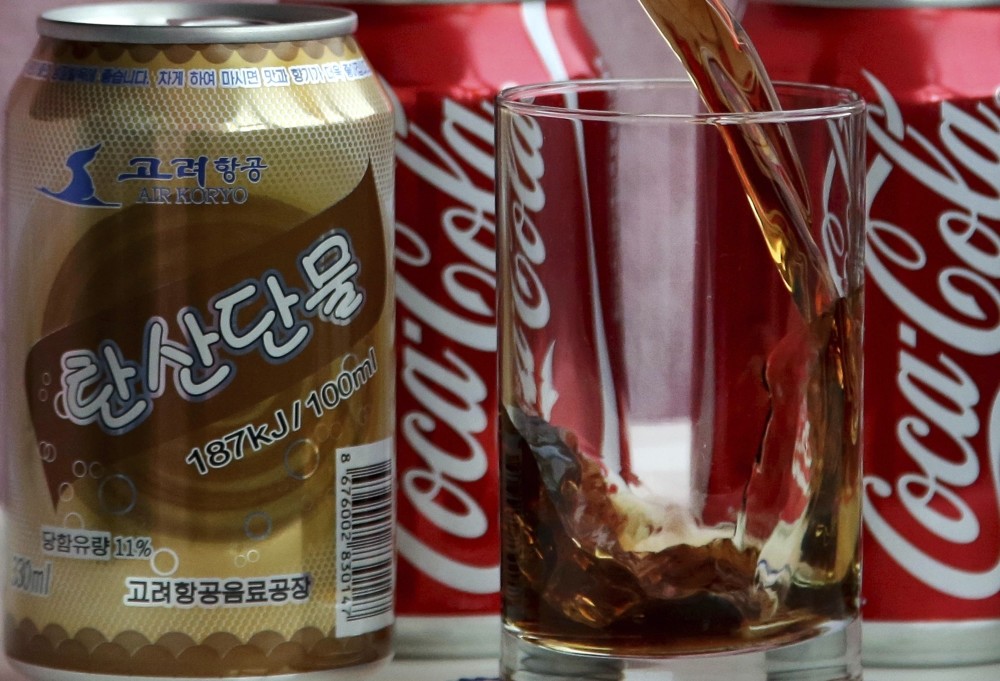 A can of Air Koryo cola, produced by Air Koryo, the countryu2019s flagship airline which recently introduced its own brand of cola on flights to and from Beijing, is seen in Pyongyang, North Korea.
by Associated Press Apr 21, 2017 12:00 am

Coca-Cola is possibly the world's most recognizable brand, an almost inescapable symbol of the global appeal of American-style consumer culture. There are only two countries in the world where Coke doesn't officially operate, and one of them is North Korea. But even the North is developing quite a taste for cola - though the iconic red-and-white labeled bottles the cola comes in likely are not exactly the Real Thing and their twist tops need a bit more than the usual caution. They have a tendency to leak or refuse to come off at all. North Korea and Cuba are the only countries where Coca-Cola Co. has no operations, said communications director Ann Moore. Coke doesn't do business with either because of sanctions. That doesn't stop Coke making its way over the North Korean border, however.

Coke bottled in China and bearing Chinese labels isn't hard to find in North Korea's relatively affluent capital, Pyongyang. It is sold in upscale grocery stores that cater to the capital's elite and a growing number of middle class residents, who are increasingly earning enough hard cash through entrepreneurial side businesses to purchase more than bare necessities. Coke from China can also be quaffed in international hotels frequented by both locals who can afford their high prices and foreign tourists and business people, most of them from China as well. Pepsi sightings are rarer. The cola served at restaurants and lining the shelves in stores where more typical North Koreans shop are likely to be local imitations, though one of the more popular ones could, from a distance, easily pass as a Coke.

Its 1.25-liter bottle has the same Coke shape, the Coke-like red and white label, the distinctive red cap. But instead of the usual Chinese phonetic characters for Coca-Cola, it has "Cocoa-flavored Sweet Soda Drink" splashed across its label in yellow Korean lettering.

The label also prominently features a bar code and the universally recognized anti-littering logo of a person responsibly tossing his trash in a bin. It includes a calorie count and the address and phone number of the bottler, the Wonbong Trading Co. in Pyongyang. Such numbers can only be accessed by North Koreans using the North Korean phone network.

Not bad, it turns out. Good fizz. Indistinguishable appearance. If you like Coke, it's a very good facsimile. Some other similar sodas claiming to be cocoa-flavored but not aiming to match Coke's taste do in fact taste like chocolate.