From a Syrian kitchen to TV CEO: An entrepreneur's story 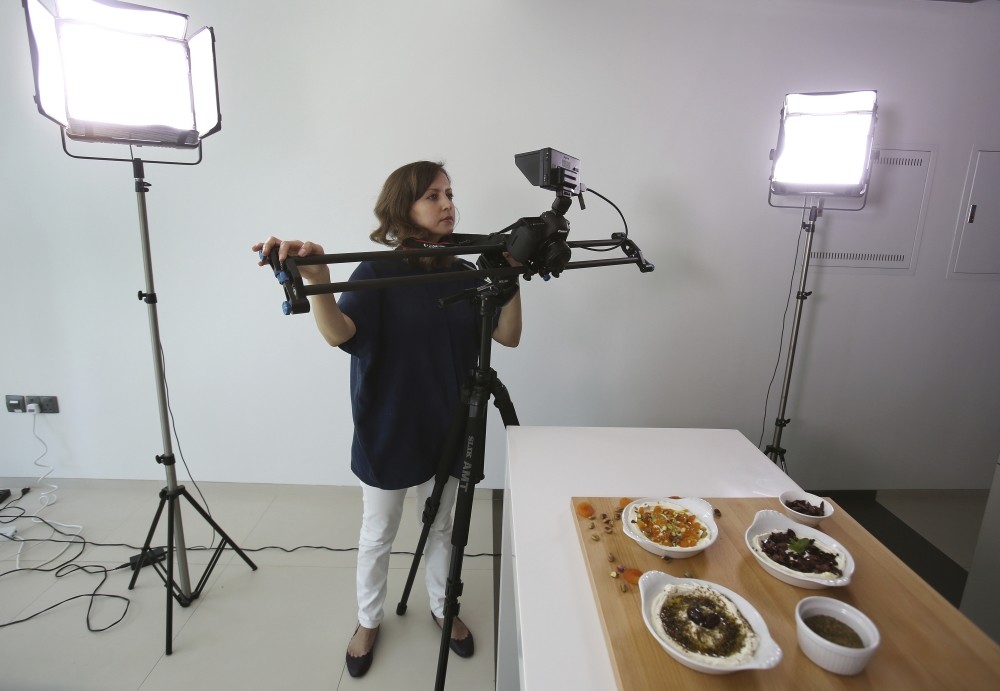 While a slide in oil price is forcing Mideast states to look to entrepreneurs to plug the gap, Syrian cook and entrepreneur Alia Adi's cooking channel on YouTube generates around 1 million views per month

Adi is the founder and CEO of Basmaty World , an Arabic-language cooking channel on YouTube that she is transforming into a network that brings cooks from across the region under one brand. Basmaty generates around 1 million views per month on YouTube and has more than 300,000 followers on Facebook. She is part of a growing group of entrepreneurs who have chosen Dubai as a ground for growing their business. Two of the region's biggest success stories are based in Dubai. Valued at some $1 billion, ride-hailing app Careem and Souq.com, which was acquired by Amazon last month, have given the local entrepreneurship scene a boost.

Adi started her business in 2011 in her hometown of Damascus, Syria, working with a small team of videographers and Syrian chefs, known in the Middle East for producing some of the most complex and delicious Mediterranean dishes.

"As I was searching for recipes in Arabic, I saw that there was a gap, there was not much out there, so the idea emerged this way, "she said. "I decided why don't I do a website that provides reliable and high-quality recipes in Arabic to serve the MENA (Middle East and North Africa) region."

Soon after the war erupted in Syria that same year, Adi left Damascus. To keep her business running, she quickly taught herself how to shoot and edit videos featuring herself as a passionate cook. For Adi, cooking means potentially big business with lucrative deals. In 2014, Japan's recipe portal Cookpad acquired Lebanese cooking site Shahiya for a reported $13.5 million. Adi's videos take hard work behind the scenes, including collaborating with brands for recipe creation and product placement. She spends hours shooting video and photos of her recipe creations, before editing and posting the mouth-watering final results for her more than 180,000 subscribers on YouTube.

On this particular shoot, Adi whips up a popular Levantine dip called lebnah, made fresh from yoghurt she strained overnight. She chops pistachios and apricots before drizzling honey on one lebnah dish. On another, she adds chopped olives, sun-dried tomatoes drenched in olive oil, and more olive oil for good measure.

Adi says she has saved thousands of dollars in licensing fees and other government-related costs for her business thanks to help from In5, a government-backed incubator that assists entrepreneurs. In5 also offers Dubai-based entrepreneurs access to work space, training and mentorship programs, networking events and investors.

"I think one of the major challenges for young entrepreneurs here is related to funding... because ideas, there are a lot of ideas. There's a lot of creativity," she said.

Adi initially relocated to London after leaving Syria, but despite it being easier and cheaper to establish her business there, she settled on Dubai to be closer to her customers and clients.

"Dubai for me was the best location to do that. It's the country that provides most value for me, as a startup," she said. "Leaving Syria, I was looking for somewhere stable where I could continue and grow my business so Dubai was definitely the number one option."

As Mideast looks past oil, spotlight shines on entrepreneurs

A mobile app to track school buses, Arabic cooking videos on YouTube and even a portable bidet are finding support from governments in the Gulf as a slide in oil prices forces states to cull cushy public sector jobs and look to entrepreneurs to plug the gap. Recent $1 billion valuations of local start-ups Careem, a ride-hailing app, and retailer Souq.com, which was acquired by Amazon in March, have raised interest in the region's budding entrepreneurship scene. Across the Arabian Peninsula, governments - hit hard by a sharp decline in oil prices since 2014 - are competing to attract and keep local entrepreneurs who might provide the region's next "unicorn," the industry term for startups that reach a valuation of a billion dollars.

According to the World Economic Forum, the Middle East and North Africa needs to create 75 million jobs by 2020 just to keep employment close to current levels. Failing to do so could lead to slow economic growth and the kind of social unrest brought on by the Arab Spring protests of 2011.