Russia expects a list from Turkey to facilitate visas for businessmen 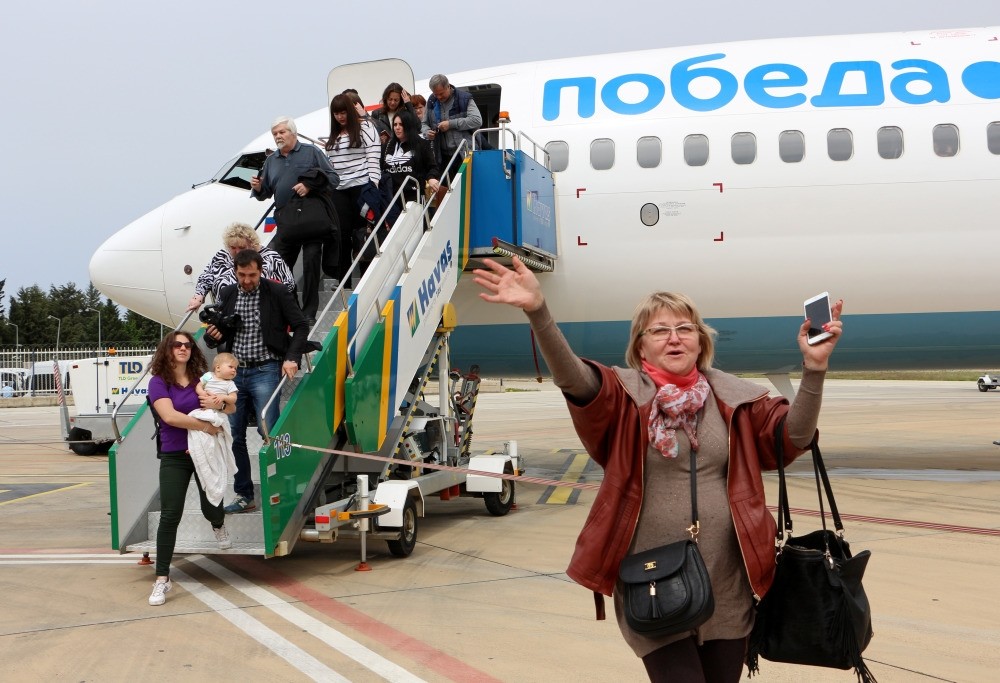 A Russian woman waves as her flight arrives Antalya. Russian Deputy Prime Minister Dvorkovich announced that they withdraw the warning against charter flights to Turkey. The statement came after Erdou011fan and Putin met in Sochi on Wednesday.
by Daily Sabah with Wires May 05, 2017 12:00 am

Following the meeting between Turkish and Russian leaders in Sochi Wednesday, Russian Deputy Prime Minister Dvorkovich announced that they will facilitate visas for Turkish businessmen according to an official list provided by Turkish authorities, and charter flights are now free to fly to Turkey

Russian Deputy Prime Minister Arkady Dvorkovich said that they expect a list of names of Turkish businessmen to be provided for visa facilitation, adding that restrictions on hiring Turkish citizens in Russia will also be lifted.

"Visa facilitation will be provided. We expect the list of names of Turkish businessmen to be given to us by Turkey and I do not think that the facilitation process will take a long time," Dvorkovich said.

According to Dvorkovich, visa liberalization will be implemented for the crew members of aircraft leaving Turkey as well as all official authorities without requiring any lists. Dvorkovich also said restrictions on hiring Turkish citizens in Russia will be lifted, adding that those who are to work in Russia will need to get working visas.

The Russian government had issued some restrictions on the number of Turkish citizens who could work for Russian companies following the jet crisis in 2015, Dvorkovich's statement came after the meeting held between President Recep Tayyip Erdoğan and Russian President Vladimir Putin in Sochi on Wednesday.

Speaking at a press conference held after the meeting, Putin noted that Moscow had decided to lift all restrictions on Turkey affecting the service, production, textile and construction sectors.

On the other hand, Putin stated that the ban on Turkish tomatoes would still continue so that Russian producers would not be harmed in the process of lifting that sanction.

Pointing out that Moscow will continue to require visas for Turkish citizens, Putin added that this could change depending on the intensity of cooperation between both countries' security forces.

"Regarding the warning issued to [Rosaviatsia], it will be withdrawn. In Turkey, the situation has been normalized following the referendum and the risks are gradually declining," said Dvorkovich.

He further added that Moscow needs to see more positive developments in terms of economic relations with Turkey.

Relations between Moscow and Ankara were frozen in November 2015 after Turkish jets downed a Russian Su-24 bomber near the Syrian border for violating Turkish airspace.

The crisis saw the beginning of economic sanctions against Turkey, including a ban of charter flights flying to Turkey.

In June, following the beginning of the normalization process between the two countries, President Putin ordered restrictions on travel be removed, including a ban on tour packages.

However, in April, Rosaviatsia made a controversial political decision to warn airline companies against sending charter flights to Turkey. This problem has been resolved, according to the deputy prime minister.
RELATED TOPICS