Turkish Airlines offers in-flight laptops after US, UK ban laptops on board 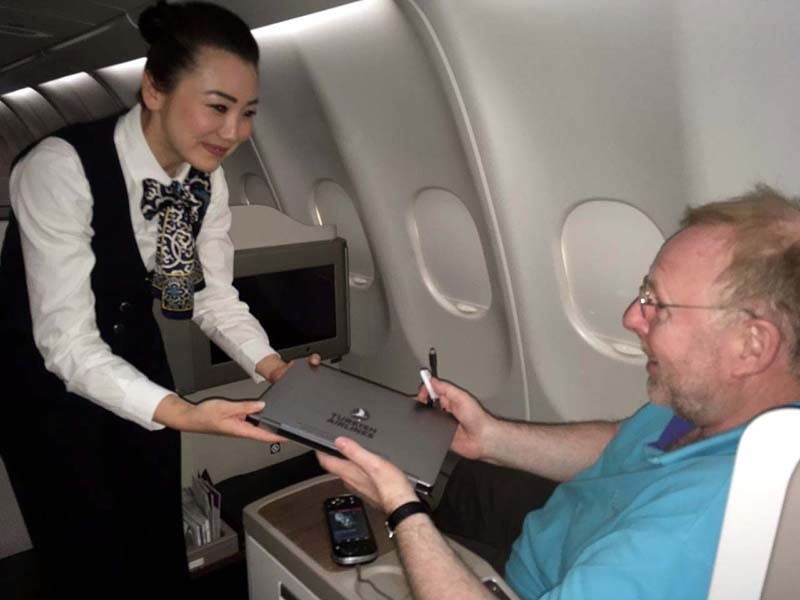 Turkish Airlines has started offering laptops to business-class travellers after Britain and the United States banned large electronic devices from the cabin of flights from certain countries.

Washington has barred all electronic devices larger than a mobile phone on direct flights to the United States from 10 airports in seven Middle Eastern countries and Turkey, only allowing them to be transported in hold luggage.

Britain followed with a similar ban for five countries in the Middle East and north Africa as well as Turkey.

But Turkish Airlines said it would offer travellers a solution.

"The national flag carrier has now started to offer laptops for its business class passengers on US-bound flights as from today," it said in a statement released on Saturday.

The airline would also offer the same service for UK-bound business class passengers from May 12.

Such passengers would be able to request a laptop from the cabin crew to use in-flight, it said.

The laptops would offer top security and protect the users' privacy by "automatically deleting" all personal data after being shut down, it said.

Turkish Airlines also started implementing measures to keep passengers' electronic devices safe during flights to the U.S. and the U.K. after the ban was introduced. "The electronic devices will be received by an airline officer during the last check-in before boarding the aircraft and will be placed in special shatterproof luggage after being wrapped in foam covers," Turkish Airlines CEO Bilal Ekşi said in an earlier interview. "We guarantee that passengers' devices will not be damaged or lost," Ekşi added.