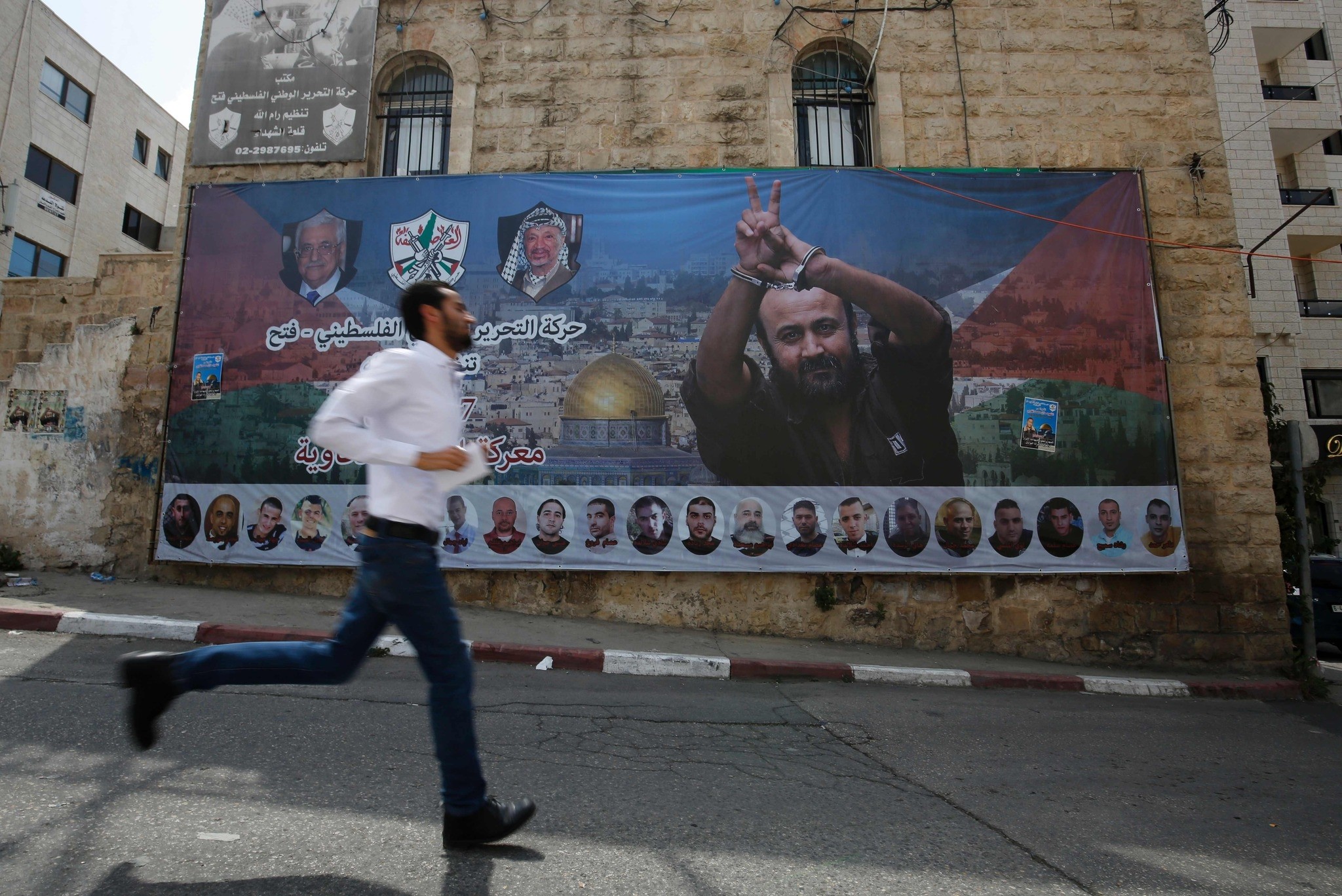 A Palestinian runs past a poster bearing a portrait of Palestinian leader Marwan Barghouti in the West Bank city of Ramallah on May 3, 2017. (AFP PHOTO)
by Anadolu Agency May 10, 2017 12:00 am

International fast-food chain Pizza Hut has apologized for a Facebook post by one of its outlets in Israel that mocked jailed Palestinian resistance icon Marwan Barghouti, who is leading a hunger strike now being waged by hundreds of imprisoned Palestinians.

"It was completely inappropriate and does not reflect the values of our brand," the company added. "The local franchisee in the country removed it immediately and the relationship with the agency that posted it was terminated."

On Monday, Pizza Hut Israel posted a photo on its Facebook page of a jailed Barghouthi accompanied by a caption in Hebrew that read, "If you want to break the [hunger] strike, you should ask for pizza".

The post sparked fury among pro-Palestine activists and soon drew calls to boycott Pizza Hut, including the company's branch in the West Bank city of Ramallah.

Led by Barghouti, more than 1,500 prisoners from across the Palestinian political spectrum have been waging a hunger strike since April 17 to demand better prison conditions.

Recent weeks have seen numerous marches and demonstrations staged across the Israeli-occupied West Bank and the blockaded Gaza Strip to show solidarity with the hunger-strikers.

According to Palestinian figures, Israel is currently holding more than 6,500 Palestinians -- including scores of women and children -- in detention centers across the country.