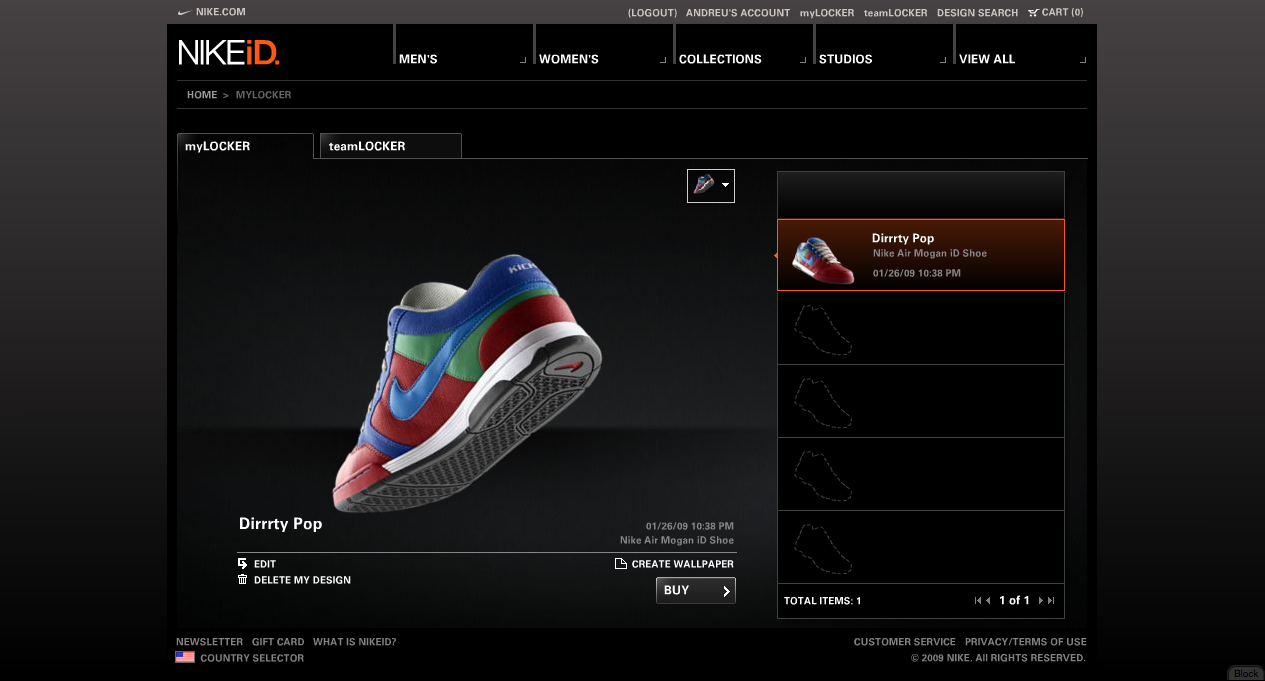 In a bid to transit form mass production to mass customization, one can design custom-made sneakers, clothes or any items with a software.
by Alen Lepan May 19, 2017 12:00 am

In a world that has been radically transforming itself particularly since the Industrial Revolution, ‘hacking' the concept of production seems inevitable and is what futuristic hacker Pablos Holman envisions as he seeks a more customized manufacturing method

World Cities Expo Istanbul 2017 took place from May 15-18 at the Haliç Congress Center in Istanbul, organized by the Istanbul Metropolitan Municipality (İBB). The event brought together leading institutions, organizations and experts from around the world who lead cities with a model of the future by integrating technology and urban planning into metropolises. On the first day of the massive expo, Pablos Holman, a well-known technological futurist, inventor and hacker who made his mark on the sector with new projects and inventions in new-generation technology oriented towards the future, delivered a keynote speech at the event. Moreover, in an exclusive interview with Daily Sabah, Holman also talked about his current projects, global problems and urban life.

Pablos Holman, who greeted his followers in Turkey for the first time at World Cities' Expo Istanbul 2017, presented a "Hacking the Future" session at the expo, offering world-class tips about the future of technology and new-generation innovations that have the potential to change lives. Indicating that he is hacking in order to save the future, Holman said: "We work with computers of all models. We have developed a nuclear reactor working with nuclear waste. Technology has the ability to radically change existing situations. We should use it for our future," said Holman.Speaking to Daily Sabah, Holman said that they are working on making strides in areas of technological development that are still untouched, emphasizing that that he wants to bring a new perspective to the world of manufacturing. Holman also pointed to the "mass customization" of manufacturing, indicating that the future of the industry points to the transition from mass production to customized production. "We want to change how factories work. In our lab, we are trying to invent the technology to make that happen," said Holman.

Last summer, Holman launched a project with his partners Marissa Monteiro and Nick Vu, which expressed their innovative vision for manufacturing. They launched the Bombsheller, a Seattle-based company that makes performance-grade graphic leggings for men and women in real time, using customized software that controls an in-house dye-sublimation printer.

Through software automation, on-demand and customized production and a one-month payment policy for independent designers, Bombsheller aims to make the traditionally long lead times in clothing manufacture obsolete, while taking advantage of advances in digital printing for fabrics.

Generally in the fashion world, designers solidify new looks one year in advance, send them to Asia for mass production and get paid 90 days after their products sell. If stores cannot sell their products, they get no compensation other than the returned unsold clothing. In this respect, the new perspective of Holman and his partners makes manufacturing more tailored for humans by customizing apparel at almost every stage.

When asked how a futurist perspective could be implemented in urban life, Holman indicated that problems largely arise from errors in human decision making. "Humans have to decide what their values are. Right now, people decide to have their own car. That is what we value, and those values will have to change in order to serve the urban population better. At some point, we hope people will recognize that there are better options. We do not put a lot of work into improving transportation for humans. The options are still the same as they were a hundred years ago. You could go and get on a bus or on a train and get around the city. But, people are not going to move any faster. The cars are still the fastest option. We have to incentivize people to do the things we want them to do, and what we want them to do is to not drive. That would be very helpful. But we have invested a lot in roads, more than we have in other kinds of transport," he said.

Underscoring the fact that he likes start-up and entrepreneurship eco systems because people are trying to figure what is better, Holman said: "They are thinking what they could do with what is available and make it better. That is how we advance. People need to recognize that cities are really important and that urban areas are the most efficient places to develop humanity. It is the most environmentally friendly way to keep humans alive. There are a lot of challenges. Some of them are technical like transit but some of them are societal. We do not need to develop a community the same way we used to and the way we were evolved to. It is part of what makes the psychological human's life harder. There is less happiness, because we do not feel needed. We need to try new things to figure out how to solve these kinds of problems," said Holman.

Indicating that the biggest global problem at the moment is energy, Holman said that energy drives everything. "If you do not have cheap and reliable energy, then you are just wasting your entire life trying to get it because it determines what food you can get, what businesses you can build, what kind of economy you can create and how much work people can do. All of these are limited by the amount of energy that is available. That is what is fundamentally different in America. We have massive amounts of resources, and massive amounts of energy that are cheap enough for everyone in the country," he said.

Indicating that personally he is mostly interested in projects within the scope of applying computers to manufacturing and making stuff, Holman said there are numerous projects they are working on in the lab at the moment. He also said that they are working with meta-materials, which provides them with new technological capabilities. He highlighted the power beaming project that is currently in progress. According to Holman, the technology could beam power to drones instead of batteries and without the need for recharge. Moreover, he indicated that the technology could be installed in ceilings and that it could charge mobile phones without wires.

During the interview, Holman also talked about one of their most famous food projects that was made with a 3-D printer. Indicating that this was an endeavor he took on 10 years ago, Holman said that they were actually trying to help people change the way they prepare meals, especially in America. Saying that the way people eat today is inefficient in meeting nutritional needs, he said there was a lot of labor included in making meals and that people waste a lot of food. "This is the main thing that I wanted to try to show that we could solve with robots, with 3-D printers," said Holman, adding, "A printer could make food for people that could be much more efficient in managing the ingredients, food safety, the efficiency of shipping and production. All these aspects could be improved with a food printer. At the time, it sounded crazy. Hardly anyone thought it made sense. But every year it got less crazy. Now there are companies that are trying to make the first versions of these machines and from this point on, such developments would only move upwards. The main aim is to improve efficiency." Holman also added that these machines could make healthier food for people, printing customized food. Moreover, he said that it could also save a lot of food, as in America, people annually throw away around 40 percent of the food.