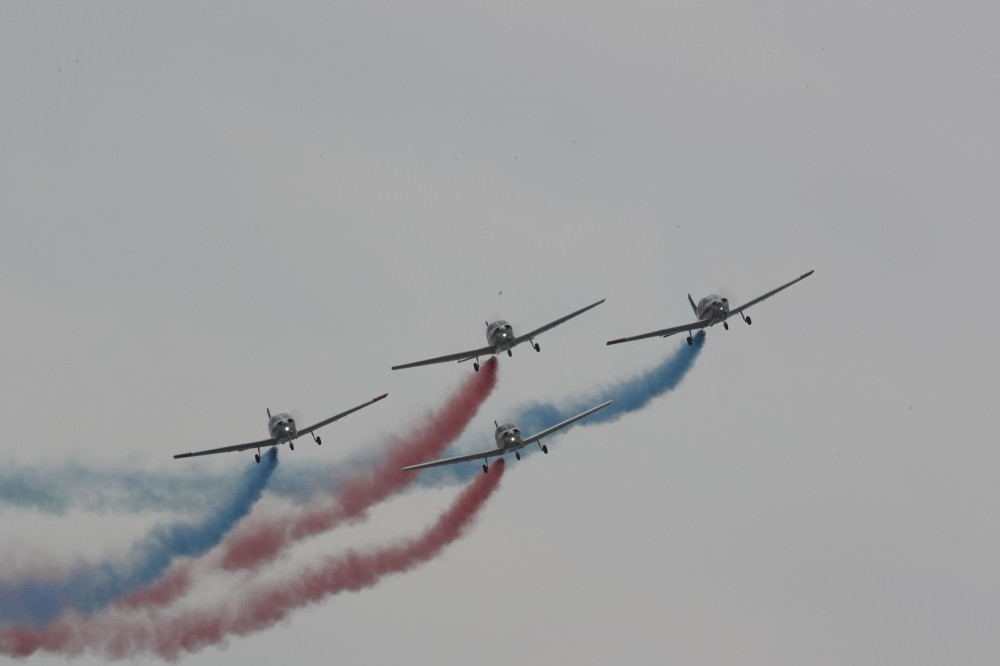 Turkey is set to host the Eurasia Airshow, an aerospace organization which is expected to generate $40 billion in business volume. It will gather significant global players from the aerospace industry in Antalya in 2018

The Eurasia Airshow, which will take place in Antalya on April 25-28, 2018, will bring together decision makers of the global aerospace industry. This will be Turkey's first international commercial and military aerospace organization and is expected to generate about $40 billion in business volume.

The airshow will be organized under the auspices of the Presidency of the Republic of Turkey with ambitious targets and will be repeated bi-annually. Moreover, it aims to be one of the most important airshows on par with the Paris Airshow, Farnborough Airshow, Dubai Airshow and the Singapore Airshow, which have been well recognized in the aviation industry.

'Turkey will be a global brand'

Stating that global organizations, such as the Dubai, Singapore, Farnborough and Paris Airshows were also given similar government support, Yebibertiz said: "We believe that the president of the Republic of Turkey will carry the Eurasia Airshow more strongly towards its targets. The other major airshows around the world became world-class brands with similar government support. This support increases the interest in the organization when it comes to international participants."

Yebibertiz pointed out that Turkey's first Eurasia Airshow will be one of the important global brands, similar to Turkish Airlines and the Turkish Aerospace Industries Inc. (TUSAŞ / TAI), in the international aviation sector.

More than 400 companies to participate the show

Pointing out that they will organize the Eurasia Airshow in Antalya, which is an important tourist location that also hosted important organizations, such as the G-20, Yebibertiz said: "Within the Antalya International Airport, which is one of Turkey's top-three busiest airports with sufficient infrastructure and size, there will be a static exhibition area for more than 100 airplanes with the total of 300,000 square meters of area, 50,000 square meters closed area and 65 chalets allocated by the State Airports Authority. With the participation of more than 400 companies and more than 150 military and civilian delegations, we aim to host around 100,000 people at the Eurasia Airshow."

He also said they have been carrying out an intensive publicity campaign for the event and that they had contacts in many countries for this purpose. Moreover, he indicated that the contract process with the participants has begun.

Airline leaders will meet at the summit

Yebibertiz also underscored that the $40 billion business volume is an ambitious figure and that they expect it to consist of agreements, potential aircraft purchases and aircraft orders expected to take place in 2018.