All ports in Black Sea are like stores in same market, Erdoğan says 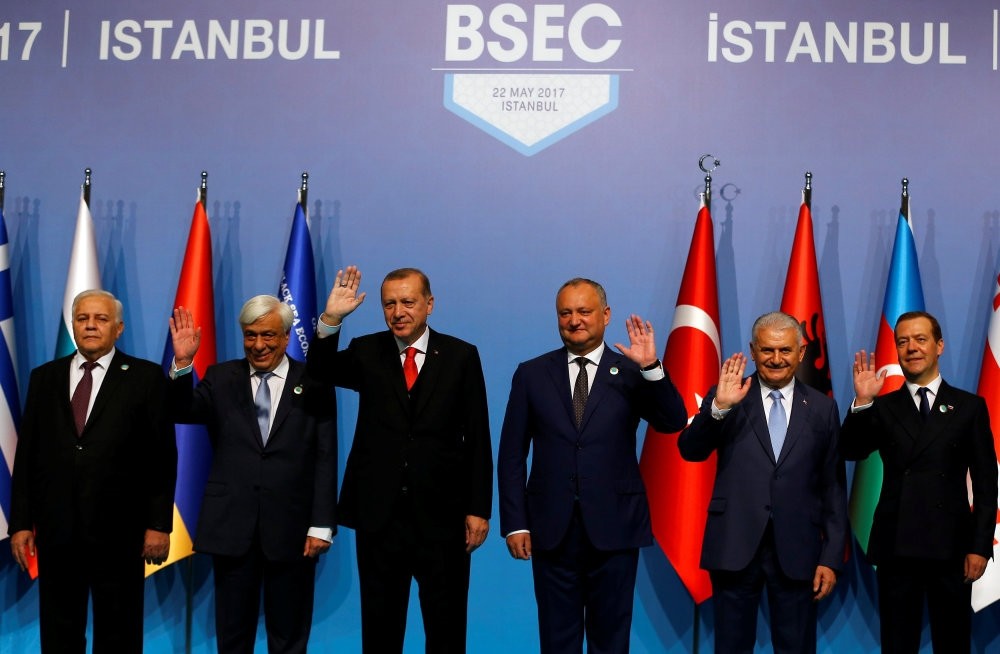 President Erdou011fan hosted the leaders of BSEC members at the Istanbul Summit and highlighted peace and stability as essential factors for investment in the region.
by Daily Sabah May 23, 2017 12:00 am

The Istanbul Summit of the Black Sea Economic Cooperation (BSEC), which was held under the auspices of President Recep Tayyip Erdoğan, highlighted peace and stability - two essential elements for successful trade and investments. Delivering the opening speech at the summit, President Erdoğan underscored the interconnectedness of the Black Sea ports, which benefit all the members in the organization and said, "All ports in the Black Sea are just like the stores opening in the same shop."Pointing out that Turkey has been running the coordination of five working groups, Erdoğan said, "Of course, our wish is for each member state to undertake the coordination of at least one group."

Erdoğan said that they could bring the organization into a more dynamic state provided that they can increase the participation level in working groups. "The more we lean toward the projects that address the daily lives of the people on our streets, the more we are on the right track. The Black Sea Ring Highway Project is a beautiful example of this. We completed our part of the project 10 years ago," Erdoğan said. "Likewise, we have realized huge transportation projects of worldwide importance over and under the Bosporus. If other countries complete similar projects, we will establish a transportation network that surrounds the Black Sea and brings together our people."

Informing that they have planned three separate ministerial meetings under Turkey's group chairmanship, President Erdoğan said that the meeting of economy ministers was held on May 11, while the agriculture ministers meeting was held on May 17, adding that health ministers will be hosted in Turkey on June 21.

"Today's summit has been helpful in addressing the issues related to both the future of the organization and our bilateral relations at the highest level with our counterparts," Erdoğan concluded.