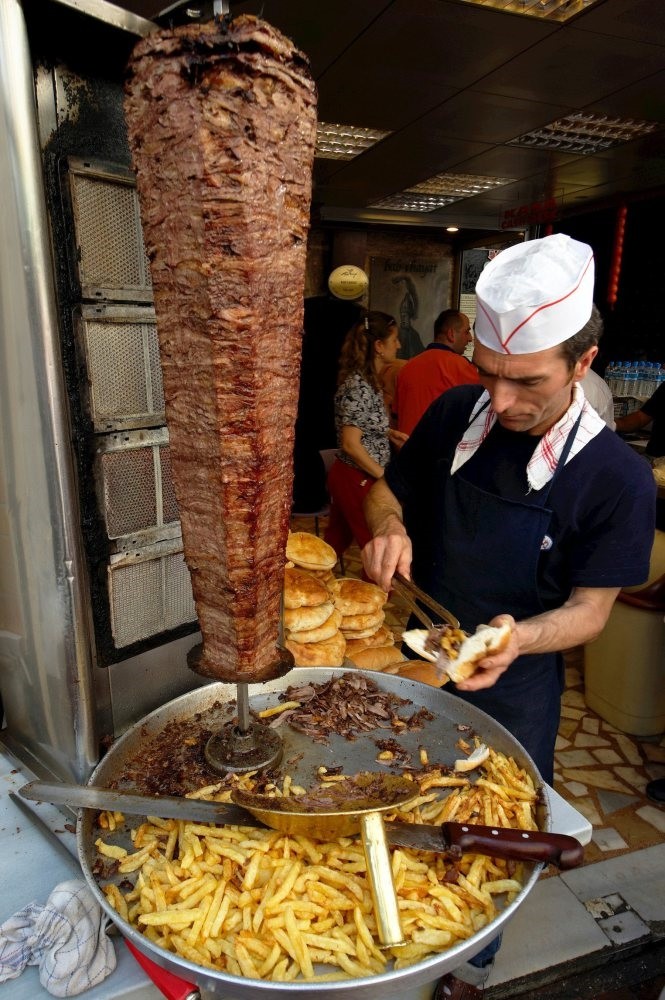 TAB Gıda, which runs the franchising operations of global fast-food chain Burger King in Turkey and China, are planning to offer the world-renowned Turkish döner through its Chinese outlets.

General Manager of TAB Gıda, Caner Dikici, said they were aiming to expand operations in both countries by opening 150 new restaurants in Turkey and some 225 in China this year.

"We will make the Turkish döner kebab famous all over the world, and focus particular on China," he said.

Speaking to Anadolu Agency (AA), Dikici said that they bought the main developer and manufacturer rights of Burger King and brought the brand to Turkey in 1994. Since then, the company has been operating in the fast food sector, and now operates more than 600 Burger King restaurants in more than 70 provinces across Turkey.

Referring to the fact that they also purchased the Sbarro brand, one of the world's biggest pizza restaurant chains, in 2007, Dikici noted that there are more than 90 restaurants in more than 30 provinces. Popeye's is another brand the company has premiered in Turkey. In its latest move, the company acquired the rights to Arby's in Turkey in 2010. The chain now renders service through more than 50 branches across the country.

TAB Gıda has become a leader in the sector and has more than 170 restaurants in 40 provinces. With some 20 years of experience in the sector, TAB Gıda launched a local food brand, Usta Dönerci, in 2013. The TAB Gıda general manager said that they offer the traditional flavor of Turkish döner to their customers through the fast service restaurants, of which there are nearly 80 restaurants in 30 provinces today.

Dikici claimed that almost 99 percent of their products are sourced locally. He added that they source meat from domestic producers with the halal certification, and only work with suppliers who produce in accordance with the Turkish Food Codex in order to ensure customer confidence.

Stating that the number of employees they employed was increasing in parallel with their growth, Dikici said they aim to create some 3,000 new jobs in 2017.

He said that with Usta Dönerci, TAB created its own brand, which is making great progress in becoming the leading döner kebab chain in the country.

Usta Dönerci offers traditional tastes to its customers in a modern and fast way through its 80 restaurants all across Turkey. The brand aims to operate 120 restaurants by the end of the year and is taking firm steps towards having 500 restaurants over the next five years.

According to Dikici, TAB Gıda is aiming to make investments worth $100 million. It wants to focus on Macedonia, the Balkans, and Gulf countries, as well as the U.S., Germany, and China, to increase its investments overseas in the next five years.

Noting that the group's first foreign restaurant was opened in Macedonia, Dikici stated that their achievements in Macedonia, Georgia, and China with Burger King make them even more excited about overseas operations.