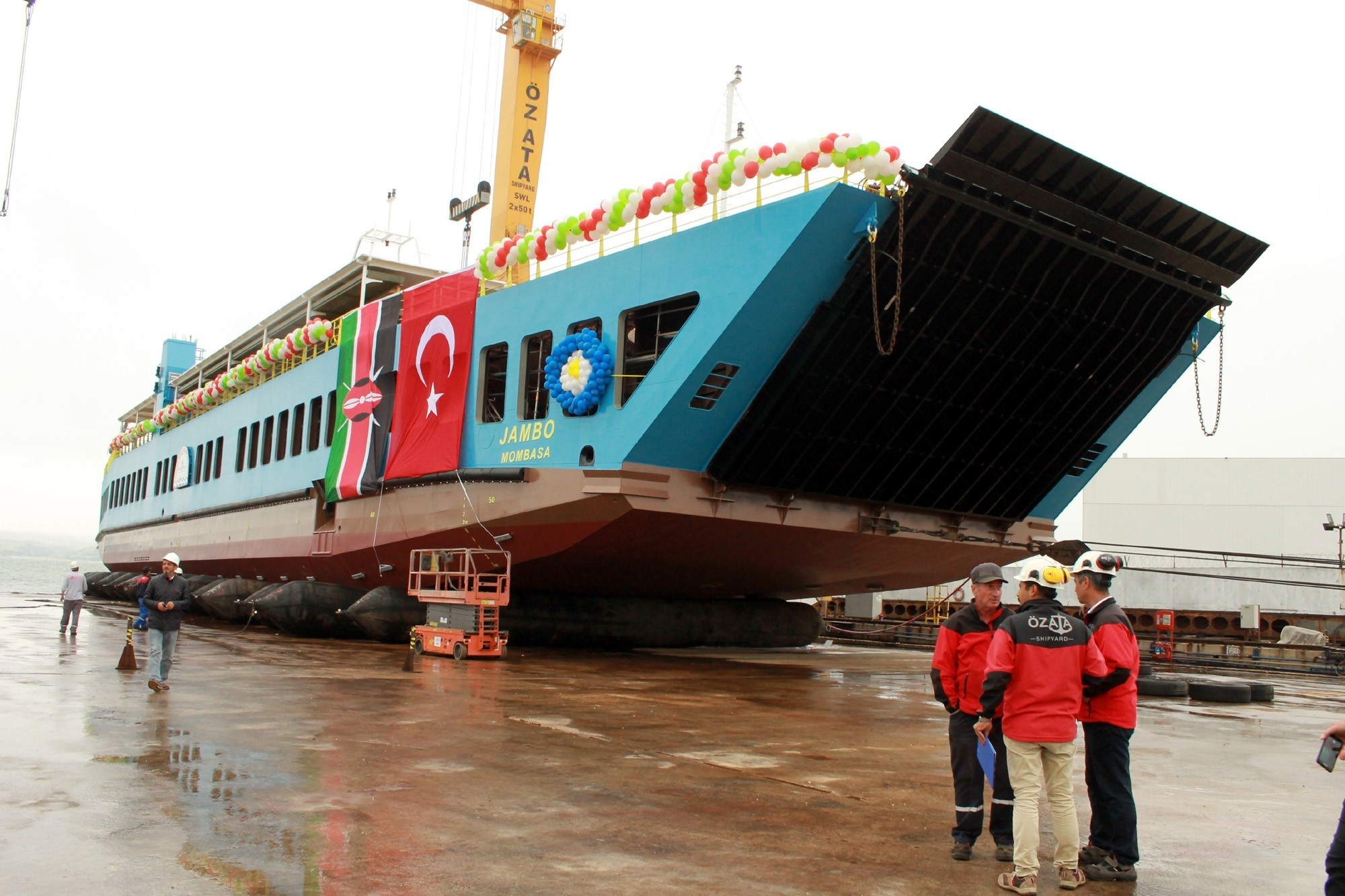 Transport, Maritime Affairs and Communications Minister Ahmet Arslan noted increased investment in the Turkish shipbuilding industry, with $2.8 billion in the last 15 years as well as significant growth in infrastructure.

Speaking at the launching ceremony of the MV Jambo Ferryboat at the Özata Shipyard in Yalova, Arslan said, "The number of shipyards has risen from 35 to 79. We have 585 places for boat production, with a capacity to produce 700,000 tons of steel every year and to build 4.5 million deadweight tons of ships."

Arslan emphasized that Turkey has made notable progress in the shipping industry over the last 15 years, with the sector's yearly turnover now reaching $2.5 billion.

Arslan said the shipping, another major industry in Turkey is also on the rise. "Shipping is far beyond the shipbuilding sector. Moreover, while the international shipping industry has been in serious crisis since 2008, our country's sector has continued to grow, make progress and create employment. We're talking about a size of $2.5 billion which includes exports, maintenance, upkeep, domestic production, subsidiary industries, and the boat recycling industry," he said.

However, Arslan added that there are plans for much greater employment in the industry, saying, "The number of shipyards in the country has risen from 35-36 to 79, but due to the global crisis the sector has not shown growth above our expectations … The direct employment in this area is 17,000 alone. If the subsidiary and secondary employment is included the number is much higher. So we create 30,000 jobs with the shipyards and 90,000 along with subsidiary industries. That means a source of income for 500,000 people."

One factor in increasing the number of shipyards was zoning the areas where they are constructed, among other factors that Arslan listed. "Rent costs were also a serious weight on this sector. The reduction of that to 0.01 percent of turnover made the sector much more comfortable, and we see that. We also made an arrangement for the rent period to be 49 years, which removed the problems of finding credit in this sector," he noted.

A large increase in exports is also keeping the industry afloat, Arslan explained, saying, "In one-year exports have risen from $500 million to $1 billion. That's a very important step."