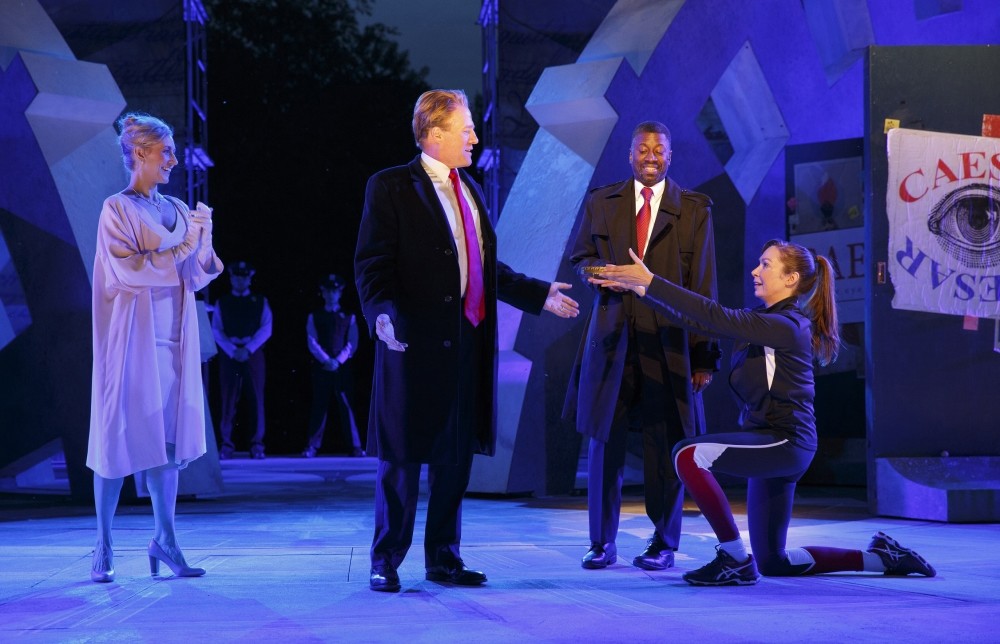 Delta Air Lines Inc and Bank of America Corp pulled financial support on Sunday for the Shakespeare in the Park production of "Julius Caesar" in New York over its portrayal of the assassinated ancient Roman leader that resembles U.S. President Donald Trump.

The contemporary staging of William Shakespeare's tragedy, by the nonprofit Public Theater, portrays Caesar as a powerful, blond-haired man wearing a business suit with an American flag pin, while his wife, Calpurnia, has a Slavic accent and dresses in designer fashions. Shakespeare's play focuses on the fatal stabbing of Caesar by former associates, and the subsequent fate of democratic institutions. Delta said in a statement on Sunday that the Public Theater's "artistic and creative direction crossed the line on the standards of good taste" and that it was ending its four-year run as official airline of the Public Theater. Bank of America, which has sponsored Shakespeare in the Park for 11 years, is withdrawing funding for "Julius Caesar," a bank spokeswoman said.

The Public Theater chose to present Julius Caesar "in a way that was intended to provoke and offend. Had this intention been made known to us, we would have decided not to sponsor it," the spokeswoman added. The New York Times review on Friday said the "depiction of a petulant, blondish Caesar in a blue suit, complete with gold bathtub and a pouty Slavic wife, takes onstage Trump-trolling to a startling new level."The production, which opened May 23 in previews and runs through June 18 at Central Park's Delacorte Theater, has its defenders. Author Joyce Carol Oates wrote on Twitter on Sunday that "Delta should not be interfering in a theater's presentations" and urged theater supporters not to patronize the airline.