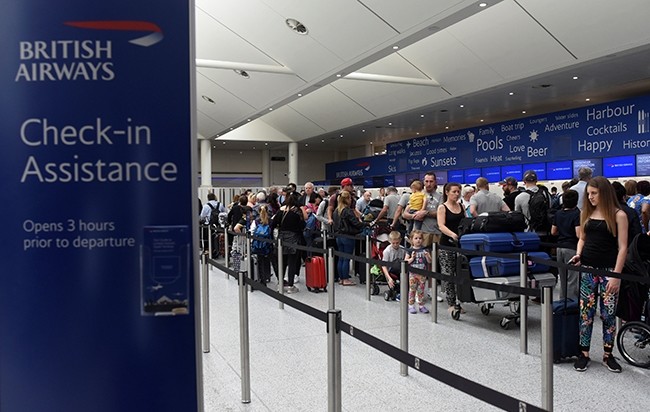 Three days of flight disruption at British Airways due to a massive computer crash last month will cost the airline an estimated £80 million (92 million euros, $102 million), its parent company said on Thursday.

"Initial assessment of the gross cost of the disruption is in the order of £80 million," Willie Walsh, chief executive of British Airways owner IAG (International Airlines Group), told a shareholders' meeting in Madrid.

"British Airways is working hard to ensure that affected passengers are compensated as soon as possible," he said, adding they had had a "dreadful experience".

The airline cancelled 726 flights worldwide between May 27 and 29. Some 75,000 passengers were affected.

The disruption caused chaos on a busy holiday weekend at London's Heathrow and Gatwick airports.

Walsh has suggested that human error could be to blame after an engineer disconnected and then reconnected a power supply to the British Airways data centre in "an uncontrolled and uncommanded fashion".

"You could cause a mistake to disconnect the power -- it's difficult for me to understand how you can mistakenly reconnect the power," Walsh told an industry conference in Mexico, according to comments published by The Guardian newspaper last week.

The airline boss said "physical damage to the servers and distribution panels" was caused, making it difficult for BA to overcome the power outage quickly.

And Walsh added that the technician was "authorised to be in the room, but wasn't authorised to do what he did".

On Thursday, Walsh said that an independent investigation was still ongoing.

"What we do know at this stage, however, is that this failure had absolutely nothing to do with changes to the way we resource our IT systems and services," he told the shareholders' meeting.