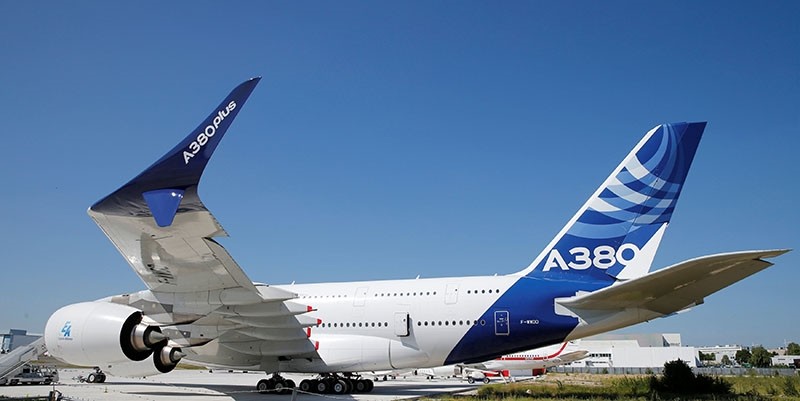 Airbus unveiled an upgraded version of the world's biggest passenger jet on Sunday, seeking to boost demand for the slow-selling superjumbo and including a new wingtip design aimed at reducing fuel burn by up to 4 percent.

The new wing design adds to other modifications presented earlier this year, including new stairways and cabin rest area to fit in more seats, with Airbus dubbing the enhanced version the "A380plus".

Airbus announced the plan at the Paris Airshow, where it revealed the new wingtips and new "A380plus" branding on the fuselage and wing of an A380 belonging to the Air and Space Museum at Le Bourget airport.

Reuters had previously reported the plans, which the planemaker hopes will help revive weak sales of the double-decker jet.

"The A380plus is an efficient way to offer even better economics and improved operational performance at the same time," Airbus sales chief John Leahy said in a statement.

Overall, the changes will lead to a 13 percent reduction in cost per seat compared with the current A380, Airbus said.

The "A380plus" will also have an increased maximum take-off weight of 578 tonnes, meaning it can either carry 80 more passengers or fly a further 300 nautical miles.