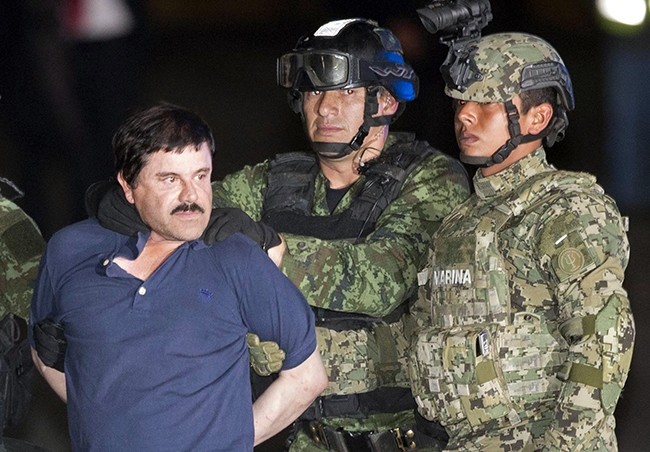 Mexican drug lord Joaquin "El Chapo" Guzman plans to sue Netflix and Univision for allegedly defaming him with a TV series about his life, one of his lawyers said Thursday.

The series, "El Chapo," which premiered in April, presents Guzman as a "heartless criminal," damaging his image just as he faces trial in US federal court next year, said lawyer Jose Refugio Rodriguez.

"Things are happening (in the series) that do not correspond to reality, despite the fact that there is no conviction confirming those events. That represents a grave violation of (Guzman's) right to be presumed innocent until proven guilty," he told Mexican radio network Formula.

It is not the first time Guzman, who is accused of running one of the world's biggest drug empires, has threatened to sue over the series.

Last year, another of his lawyers threatened to sue Netflix and Univision because the American streaming giant and Spanish-language broadcaster had not paid for the rights to his story.

Refugio said he had not yet discussed the matter with Guzman because his client is being kept "incommunicado" in a New York jail.

The lawyer said he had not decided whether to file the lawsuit in the United States or Mexico.

Guzman, 60, is being represented by two public defenders in the US court, which has not authorized his Mexican legal team to defend him.

"El Chapo," the leader of the Sinaloa cartel, is being held in solitary confinement after twice escaping from prison in Mexico.

Ironically, it was Guzman's desire to see his life story on screen that led to his recapture, according to Mexican authorities.

He was rearrested in January 2016 after a high-profile manhunt that ended with Hollywood star Sean Penn and US-Mexican actress Kate del Castillo inadvertently leading the authorities to his hideout.

Del Castillo said the drug boss agreed to the meeting because he wanted to discuss making a film about his life.