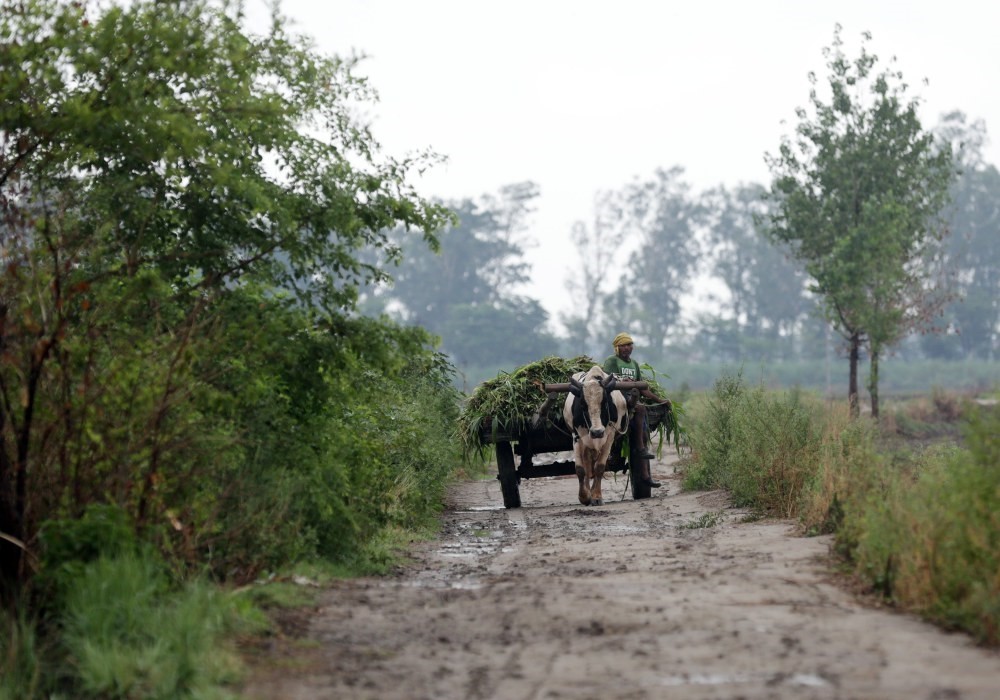 As more Indian farmers abandon their land in search of alternative jobs, due to increased mechanization, less educated farmers have fewer options outside agriculture, which would ultimately leave them poorer

Increased mechanisation is taking away some manual labour, while a lack of training of farmers and farm workers for alternate jobs is leaving them with few livelihood options.

"These are people who have known only this one job all their lives," said Bina Agarwal, a professor of development economics in the University of Manchester.

"These resource-poor, little educated people have few options outside agriculture except casual work, which would leave them poorer. Moving to the cities to work does not reduce poverty — it may even increase it," she said.

Employment in Indian agriculture shrank by 26 million jobs in the period 2011 to 2015, according to the McKinsey Global Institute. Jobs in skilled sectors such as education, health and hospitality rose by 33 million in the same period.

Meanwhile, conflicts over land have risen as demand for industrial use increases, affecting millions of people and jeopardising billions of dollars of investment..

A 2013 land acquisition law aimed at protecting the rights of Indian farmers requires support for those displaced from their land - with jobs or homes - and compensation of up to four times the market value of their plot.

But while it was customary in the past for large industries to offer jobs to displaced farmers, it is less common now. Of the jobs being generated, most are contract with fewer benefits and greater insecurity.

"Earlier, especially with state-owned enterprises, hundreds and even thousands of jobs were created, which somewhat made up for the loss of land," said Sudha Bharadwaj, a lawyer in Chhattisgarh state who represents villagers fighting land acquisitions.

"But now, there are very few permanent jobs created, so those giving up their land have fewer means of supporting themselves," she told the Thomson Reuters Foundation.

DEADLY PROTESTSMore than 60 percent of India's population of 1.3 billion depends on agriculture for its livelihood.

But more than three quarters of farmers own less than 2 hectares (5 acres) of land each, with falling incomes leading to rising debt and growing discontent.

Prime Minister Narendra Modi has promised to double farmers' incomes over the next five years, but recent deadly protests show farmers are frustrated with the slow pace of reform.

Protesters included even the wealthy land-owning Jats of Haryana state and the Marathas of Maharashtra, who are demanding job quotas in addition to better prices for farm output.

Agarwal cites a recent survey that showed about 40 percent of farmers, when asked if they liked farming, said they did not; they included both poor and wealthy farmers.

"Most farmers themselves want their children to leave farming — but a desire to quit does not match the ability to quit," Agarwal said.

At the same time, a broader "jobless growth" trend means not enough jobs are being created even as the Indian economy expands at a fast clip.

Only about 200,000 jobs were created in eight of India's most labour-intensive sectors in the last two years, compared with nearly 1 million jobs a year created in the previous two-year period, official data showed.

NEW SKILLSThe government last month diluted its goal of training 500 million people in new skills by 2022, a setback to the goal of boosting employment.

While larger land owners may receive enough compensation for their land with which to buy land elsewhere or set up a business, smaller farmers can do little with the money they get and lose their ability to grow their own food.

Farm workers and tenant farmers who do not own the land they till are worse off, as they receive no compensation.

"We are trying to work out a way in which farmers do not lose out, and can improve their lives," T. Haque, chairman of the land policy department at government think tank Niti Aayog, told the Thomson Reuters Foundation.

"But it will take time. It is a big challenge."

For farmers like Ramdev Singh, who fears losing his small plot of land to India's first private gold mine in Chhattisgarh, the future looks bleak.

"Even if they give us money, that will get spent. What will we do then, what will our children do? How will we eat?"

"We do not see any benefit to giving up our land: we only see losses," he said.