One of worst droughts in decades devastates South Europe crops 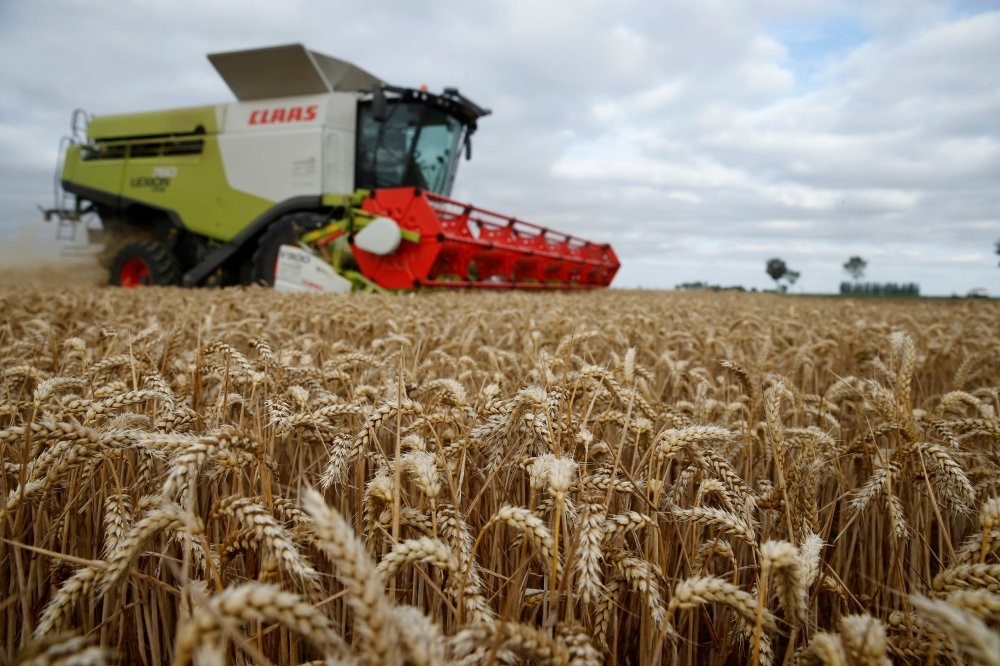 The drought in southern Europe threatens to reduce cereal production in Italy and parts of Spain to its lowest level in at least 20 years, also hitting other regional crops including olives and almonds

Italian durum wheat and dairy farmer Attilio Tocchi saw warning signs during the winter of the dramatic drought to come at his holding a mile away from the Tuscan coast.

"When it still hadn't rained at the beginning of spring we realised it was already irreparable," he said, adding that he had installed fans to try and cool his cows that were suffering in the heat.

Drought in southern Europe threatens to reduce cereal production in Italy and parts of Spain to its lowest level in at least 20 years, and hit other regional crops including olives and almonds. Castile and Leon, the largest cereal growing region in Spain, has been particularly badly affected, with crop losses estimated at around 60 to 70 percent.

"This year was not bad, it was catastrophic. I can't remember a year like this since 1992 when I was a little child," said Joaquin Antonio Pino, a cereal farmer in Sinlabajos, Avila.

Pino said many of his fields had not even been harvested, because crop revenues would not cover the wages of labourers who gathered them. While the EU is collectively a major wheat exporter, Spain and Italy both rely on imports from countries including France, Britain and Ukraine. Spanish soft wheat imports are expected to rise by more than 40 percent to 5.6 million tonnes in the 2017-2018 marketing year, according to Agroinfomarket.

The drought has helped support EU wheat futures, which have risen around 6 percent since the beginning of June, although the prospect of a larger harvest in France this year should ensure adequate overall supplies in the trading bloc.

Spain and Italy are also among the world's top producers of olive oil. Production in both countries is expected to fall, but the decline is likely to be particularly steep in Italy, where drought is the latest headache for olive growers already plagued by insects and a bacterial disease in recent years. A 60 percent drop in Italian output is forecast by the International Olive Council.

"We expected good production this year, but it hasn't turned out like that," said Francesco Suatoni, who tends about 4,000 olive trees on the fringe of the ancient town of Amelia, in Umbria, central Italy. Holding up a branch with small, shrivelled pods on it he added: "Each little ball could have been an olive, but it's scorched.

"This year we expect to produce 50 percent less than last year. Let's hope not, but it will be very difficult to have a good crop."

Other crops have been damaged, and Italy's agricultural association Coldiretti has estimated the drought could cost the nation's farmers more than 1 billion euros.

"The drought is affecting, to a greater or lesser extent, all crops in Spain, even those that rely on greenhouses, because there's a limit on the amount of water available," said Jose Ugarrio, analyst at the Spanish young farmers' association.

The production of nuts such as almonds and pistachios has also fallen sharply.

"We expect a 23 pct drop in almond production this year from last year," Ugarrio said. Some see rising temperatures as a long-term trend, which threatens the viability of farming in the region.

"In this situation ... you realise it's almost impossible to keep going. You think OK, this year I will try to manage, but if the harvest is like this next year you won't be able to cope any more," said farmer Tocchi, who is also the local head of farmers' group Confagricoltura. Some scientists have said heat waves like this year's are becoming more frequent, and are linked to man-made climate change.

"This is the first year we have watered the plants. There was never any need before," said olive grower Suatoni.