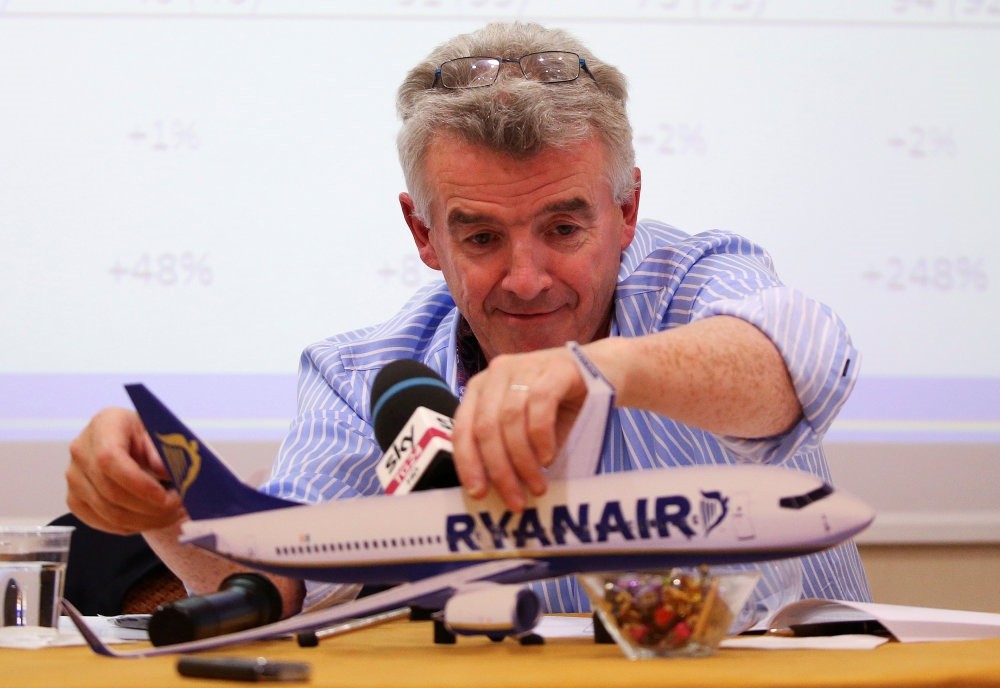 Ryanair has made a "non-binding offer" for its loss-making Italian rival Alitalia, the Irish no-frills carrier said yesterday.

"We have made a non-binding offer for Alitalia. As the largest airline in Italy, it's important we are involved in the process," Ryanair said in a statement after Italian media said Friday that about ten such bids had been made. The announcement comes as Ryanair yesterday logged soaring quarterly profits, aided by the timing of Easter, while the company noted that the outlook was clouded by Brexit. The deadline for Alitalia to receive non-binding offers had been last Friday. Alitalia, which has struggled to compete with low-cost rivals including Ryanair, went into administration at the start of May, moving the flagship airline a step closer to liquidation as efforts continue to find a buyer. About 18 companies expressing an interest in a potential purchase had reportedly been given access to the company's figures, including also Delta Airlines, British Airways, Lufthansa and EasyJet.

Italy's government in May said it would provide a bridging loan to keep Alitalia planes flying for around six months. Those interested in making binding offers have until October. If no buyer can be found, the administrators will have to organise Alitalia's winding-up, with the potential loss of 20,000 jobs at the company and among suppliers. Ryanair added yesterday that its net profit rallied 55 percent to 397 million euros ($463 million) in the three months to June 30 from a year earlier.

The performance was boosted by the timing of the Easter holiday. The Easter boost was partly offset by a Brexit-fuelled slump in the pound - which reduces the amount Ryanair earns from its key British market once the currency is converted into euros. The Dublin-based carrier warned once again of the impact of Britain's looming exit from the European Union, set for March 2019. The group has repeatedly forecast major disruption if Britain does not remain in the "Open Skies" agreement following its departure from the bloc. Last Friday, Ryanair's chief commercial officer David O'Brien warned that the airline would slash flights between Britain and the EU if London and Brussels failed to agree on terms for post-Brexit air travel by September 2018.

"We remain concerned at the uncertainty which surrounds the terms of the UK's departure from the EU in March 2019," Ryanair said yesterday. Ryanair's fierce British rival EasyJet last week announced that it has secured an air operator's certificate in Austria to enable it to keep flying across the EU following Brexit. Britain's airline industry has soared over the past two decades under the Single European Sky system, which lifted trade restrictions on EU airlines.

Unless British negotiators manage to secure preferential conditions, airlines could lose this status once the country leaves the EU.