Trump action on China trade likely to have broad support 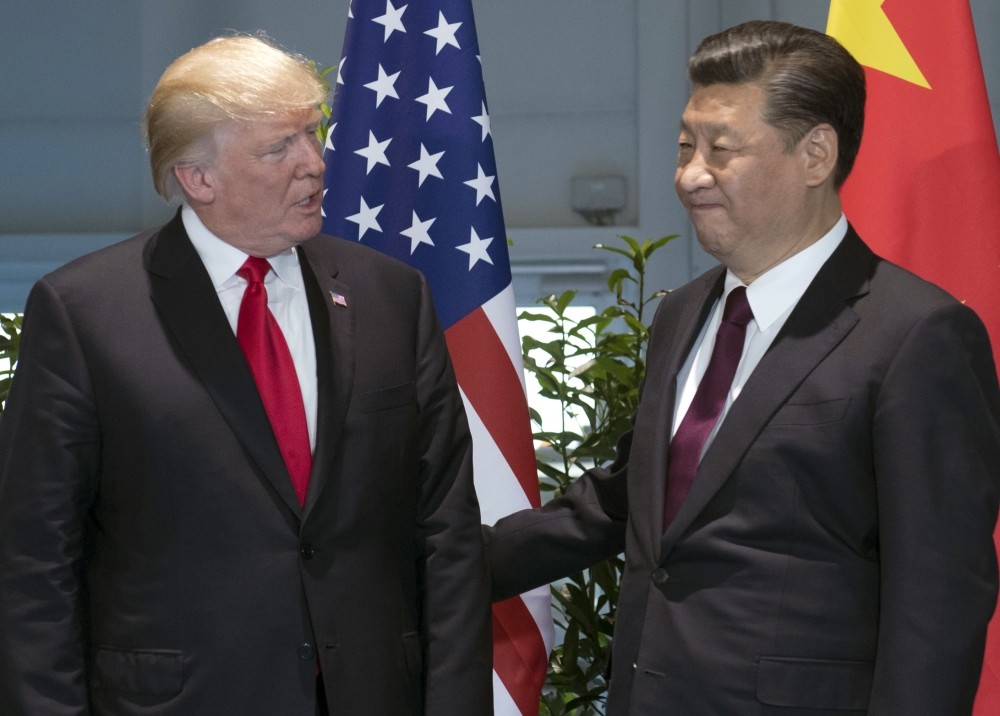 The Trump administration's preparations to impose santions on China for violations of the intellectuall property rights of U.S. firms are expected to earn broad support

The sanctions that U.S. President Donald Trump is poised to slap on China for stealing intellectual property from U.S. firms should earn broad support, allowing him to rebuild a power base in Congress sapped by the recent battle over health care.

The administration is expected very soon to announce actions against China for failing to protect industrial and trade secrets of U.S. companies, a move that has the backing of Democrats.

Even trade experts, who have opposed many of Trump's trade actions so far and disputed his data, agree something must be done about China. But they worry about the consequences, especially retaliation by Beijing.

U.S. companies have long complained about Chinese rules that force them to share intellectual property, leading to rampant theft of information with little impediment or enforcement.

"China is home to widespread infringing activity, including trade secret theft, rampant online piracy and counterfeiting, and high levels of physical pirated and counterfeit exports to markets around the globe," the U.S. Trade Representative said in its annual report on IP issues published in April.

In addition, "China imposes requirements that U.S. firms develop their IP in China or transfer their IP to Chinese entities as a condition to accessing the Chinese market."

But companies like Apple and Google find it hard to challenge Beijing for fear of losing access to the world's second-largest economy.

During the presidential campaign, Trump vowed to hit China with a 45 percent tariff on all imported goods to address the trade deficit with the country, which totaled $309 billion last year.

But since he took office the administration has dialed back the fiery rhetoric and tried for cooperation, including trade talks last month rebranded as the U.S.-China Comprehensive Economic Dialogue (CED).

But with little to show from those efforts, and no help from China in containing North Korea's nuclear weapons program, Trump has launched unilateral actions to address unfair trade in aluminum, steel and now IP.

"If Trump felt he was getting good cooperation on North Korea he would not be ramping up" the trade pressure against China, Gary Clyde Hufbauer of the Peterson Institute for International Economics told Agence France-Presse (AFP).

A U.S. trade statute known as Section 301 gives U.S. presidents broad latitude to retaliate against any trade policy in another country deemed unfair.

Trade experts say the retaliation could come in the form of targeted tariffs against specific companies, like state-owned Chinese firms thought to be benefitting from American intellectual property.

Or the White House could impose broader sanctions, like across-the-board tariffs on imports or restrictions on Chinese investments in the United States, where companies face no restrictions.

While the statute has fallen into disuse since the advent of the World Trade Organization in 1995, which established global rules to settle disputes, Section 301 was used frequently during the Reagan administration largely to deal with the trade juggernaut of the time: Japan. Trump and his team often have approached trade as if it can be addressed through bilateral deals, as it was during the 1980s, even trying to negotiate with Germany which is subject to European Union trade policies.

"I don't trust [the Trump administration] because of their economic nationalist instincts, but in this case they're at least partially right," trade expert Claude Barfield of the conservative American Enterprise Institute told AFP.

He said he has reluctantly come to the view that something must be done about China's policies in this area, even while he views the Trump administration effort to forcibly cut trade deficits with individual countries as nonsense.

But he warned that in going after China, "you've got to be willing to face up to the fact there will be retaliation."

China likely will impose tariffs of its own, and file a WTO complaint against the United States, and public opinion might be in Beijing's favor defending itself from what would be seen as yet another Trump anti-free-trade move.

But at home Trump will have support of Democrats, always more skeptical of free trade than Republicans.

And the Democratic Party issued a new trade policy statement which among other things calls for creation of a special trade prosecutor to go after unfair policies in other countries it says are responsible for stealing American jobs.