Office workers join the ranks of homeless in Rio 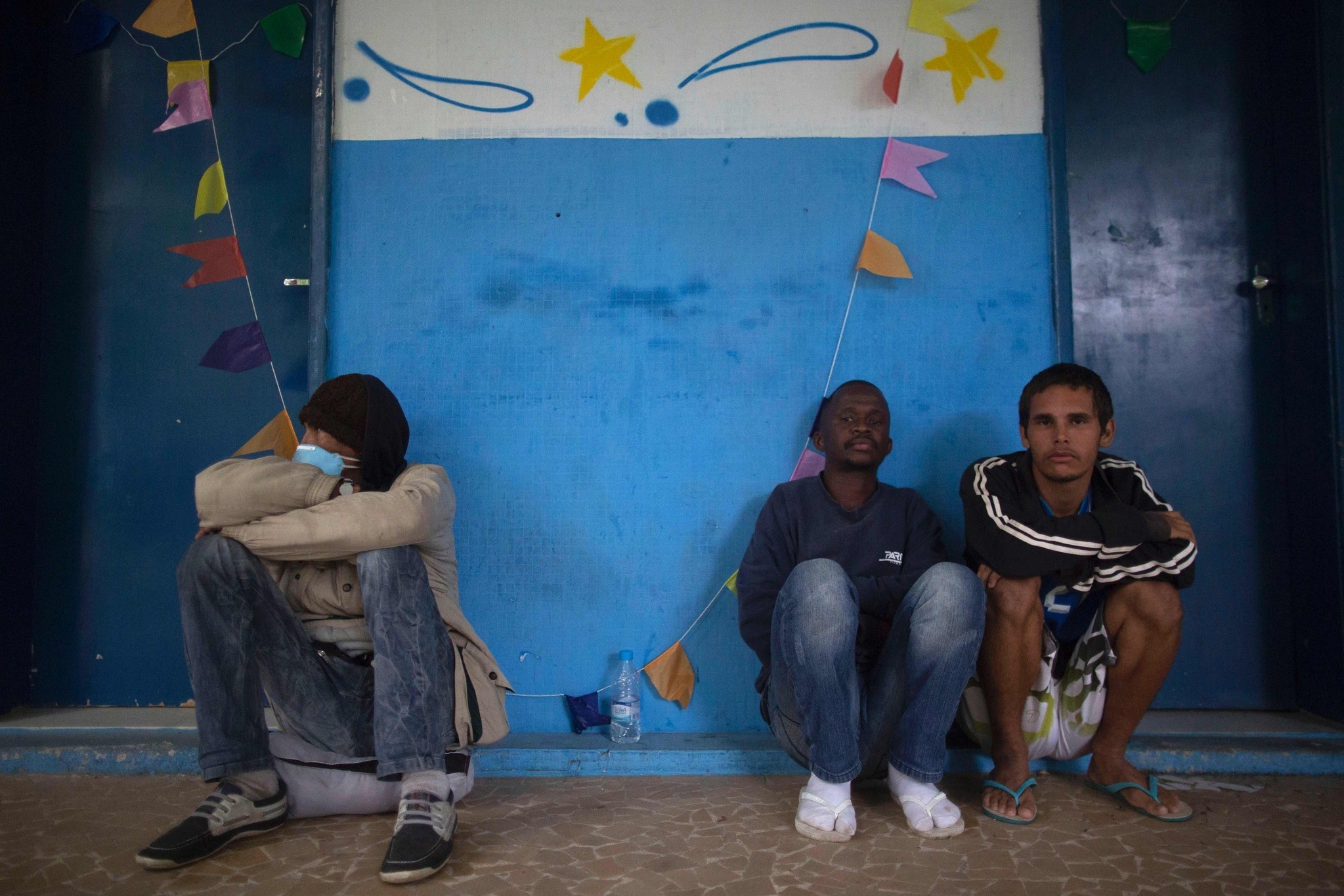 People wait to get inside a public shelter for the homeless in the Ilha do Governador neighborhood of Rio de Janeiro.
by Aug 07, 2017 12:00 am

Vilmar Mendonca used to be a human resources director for several companies in Brazil. Now he is homeless, sleeping outdoors along with thousands of other victims of the country's economic crisis. Mendonca lost his job in 2015 and for a while, he lived off his savings. But now, at age 58, he sleeps on a bench outside Santos Dumont Airport in Rio de Janeiro. He leaves some of his stuff at a bank where he is a client, cleans up in public restrooms and lives off food handed out by charity organizations.

"It is a terrible situation but I have no choice," said Mendonca, a thin, divorced man who has no children, as he looks at job offers on his laptop using the airport's wifi. He wears stylish glasses, a dress shirt and nice shoes. He does not at all look like one of the thousands of other homeless people in this city of six million. In late 2016, the Rio city hall said there were 14,279 people living in the street - triple the number in 2013. Dozens of them have advanced degrees, including Mendonca, who studied business administration in Sao Paulo. His plight reflects the sting of a recession that has taken Brazil's jobless ranks up to 13.5 million people and tarnished Rio, a city that just a year ago hosted the summer Olympic Games.

"When you are like this, no one wants to come near you," said Mendonca.

Like many in his situation, he has not told anyone how far he has fallen, still hoping it will be temporary. During the day he exercises, reads in cafes and book stores, posts on Facebook -- where his photo shows him in a suit and tie - and goes to job interviews where he competes against hundreds of younger candidates. By night, he puts on simpler clothes and a hat to go unnoticed and stretches out on a bench outside the airport, near its security cameras.

"I try to stay on my own so as to remain focused because if I start to hang out with others, I might get into things I do not want, like alcohol, drugs or filth," he said. The homeless population is an especially common sight in Rio's most popular tourist areas, including Copacabana and Ipanema.

"The situation is critical," said Rio's social aid secretary, Teresa Bergher. Many Brazilians came to Rio looking for work when the city hosted the World Cup in 2014 and the Olympics in 2016. But today oil-producing Rio state's coffers are empty, hit by corruption, low crude global prices and the Olympic bill. Former state governor Sergio Cabral, whose 2007-2014 administration was crucial to preparing the World Cup and Olympics, was convicted of embezzling millions of dollars and sentenced to 14 years in prison. Part of the money recovered from him was used to pay back wages to 150,000 retired civil servants. But the accounts are still in the red and help for the most vulnerable is insufficient.