Toshiba reports close to $9B loss in long-delayed earnings report 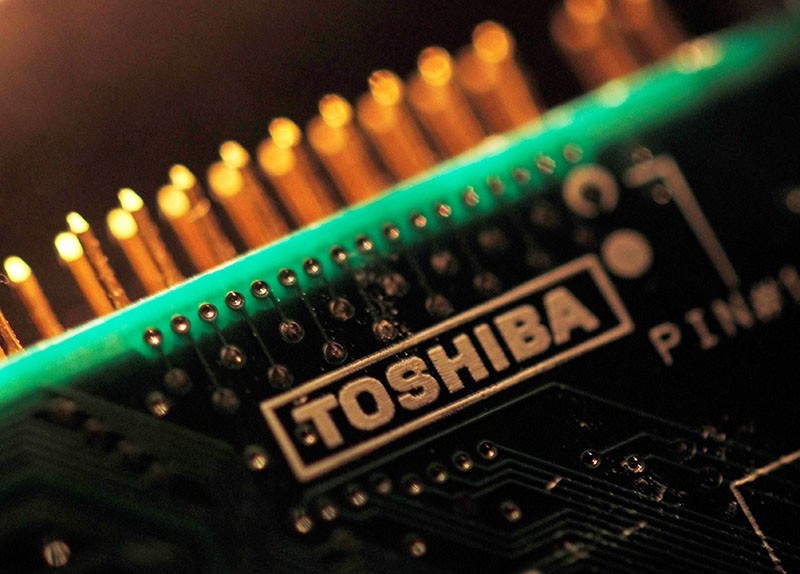 Toshiba on Thursday met a looming deadline to report its long-delayed financial results, saying it lost around $8.8 billion in the last fiscal year over its hard-hit US nuclear unit Westinghouse Electric.

The move by one of Japan's best-known firms greatly reduces the chance of an embarrassing delisting from the Tokyo Stock Exchange (TSE).

But the troubled company is still on shaky ground as it faces a court battle to sell off its prized memory chip business for around $18 billion -- the sale is seen as crucial to its turnaround.

There were growing worries that Toshiba may not make Thursday's deadline to supply financial statements for the fiscal year ended in March, as it was at odds with its auditor over multi-billion dollar losses at Westinghouse.

Toshiba had repeatedly delayed the release of its financial statements, saying it needed more time to gauge the impact of Westinghouse on its balance sheet.

The massive losses at the division -- largely owing to delays and cost overruns -- have raised doubts about the future of Toshiba, which is still recovering from a 2015 accounting scandal.

However, the auditor, PricewaterhouseCoopers Aarata, issued a qualified opinion on Toshiba's statements Thursday, saying they were "mostly appropriate".

The company said it had a net loss of 965.7 billion yen ($8.8 billion) for the fiscal year ended March 31 but said it would swing back to profitability in the current fiscal year.

Earlier this month, the shares were demoted from the prestigious first section of the Tokyo Stock Exchange over inadequate internal controls.

Toshiba still needs to get itself out of a negative net worth by March 2018 to avoid being delisted.

"Toshiba has made one positive step forward to avoid the imminent risk of being delisted," said Makoto Sengoku, a market analyst at Tokai Tokyo Research Center.

"But this is nothing more than just a beginning" of its restructuring.

In June, Toshiba said it had entered into exclusive talks over the chip unit sale with public-private Innovation Network Corp. of Japan, state-backed Development Bank of Japan and US private equity fund Bain Capital, with South Korean chipmaker SK Hynix acting as a lender.

But US-based Western Digital, which jointly operates a chip factory in Japan with Toshiba, launched a court bid to block the sale.

Toshiba is the world's number-two supplier of memory chips, behind South Korea's Samsung, and the profitable division has accounted for about one-quarter of the Japanese firm's total annual revenue.

The sale involving state-backed buyers means the Japanese government will effectively own the chip division.

Japan had concerns about losing a sensitive technology amid questions about security around systems already using Toshiba's memory chips, which are also widely used in data centers.

Even before the problems at Westinghouse, Toshiba's reputation was badly damaged over separate revelations that top company executives had pressured underlings to cover up weak results for years after the 2008 global financial meltdown.

Toshiba -- which has more than 180,000 employees globally -- once touted its overseas nuclear business as a future growth driver, filling a hole left after the 2011 Fukushima crisis slammed the brakes on new atomic projects in Japan.

But delays and cost overruns hit Westinghouse's finances hard as the global outlook for the nuclear business weakened.