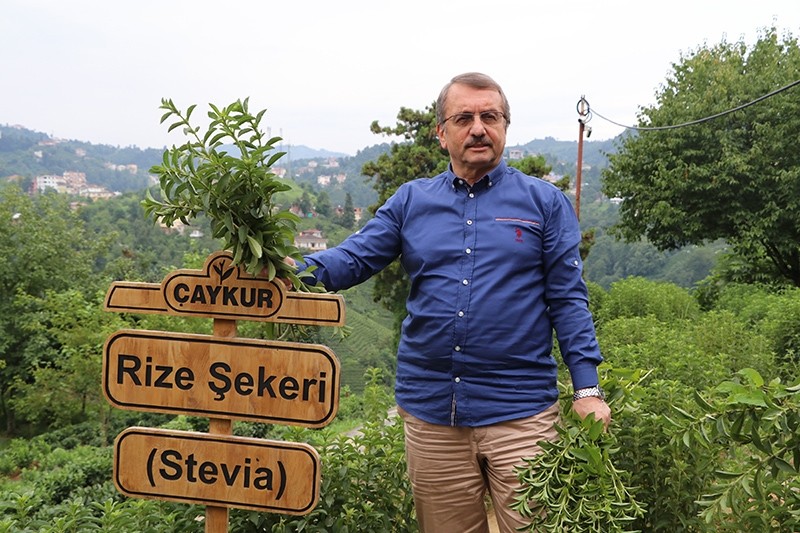 Turkish state-owned tea producer Çaykur has teamed up with its Chinese partners and has built a factory to process and produce stevia.

Known as 'sweet grass,' 'sugar grass' or 'honey leaf,' stevia is a sweetener and sugar substitute extracted from the leaves of the plant species Stevia rebaudiana.

Officials said that stevia was brought from South America and that the trial plants planted 5 years ago had been recently harvested in northeastern Turkey's Rize province, the tea-making capital of the country, which is also known for its unusually wet climate.

40 tons of raw stevia plant can be harvested from one acre, but its weight decreases by 12 times during processing, which means that one acre of plantation provides around 50 kilograms (110 lbs) of the end-product.

According to market prices, one kilogram of stevia costs $150. Stevia, which has an economic life of five years, can be harvested twice a year.

China and Japan are world's biggest consumers of the sugar substitute.

Çaykur said that following the successful plantation of the stevia plant in Rize, the company decided to build a factory, and that the necessary machinery for its production has officially been imported.

The co-production of stevia with China is scheduled to start next year. The factory currently possesses a capacity to produce 50 tons of stevia a year.

Çaykur said that at the moment stevia was being grown only at the company facilities in Rize, but would soon be available to local farmers as well.

Çaykur General Manager Imdat Sütlüoğlu said that the product's name would be "Rize sugar." According to Sütlüoğlu, President Recep Tayyip Erdoğan, who is originally from Rize, suggested the name when he visited the Çaykur facilities last year.

"Tea also came from abroad, loved and held on to this land. Experiments with tea took much longer. We have seen this product grow very well here in a much shorter time period compared to tea," Sütlüoğlu said.