Online matchmaker aims to save Dutch farms with no heirs 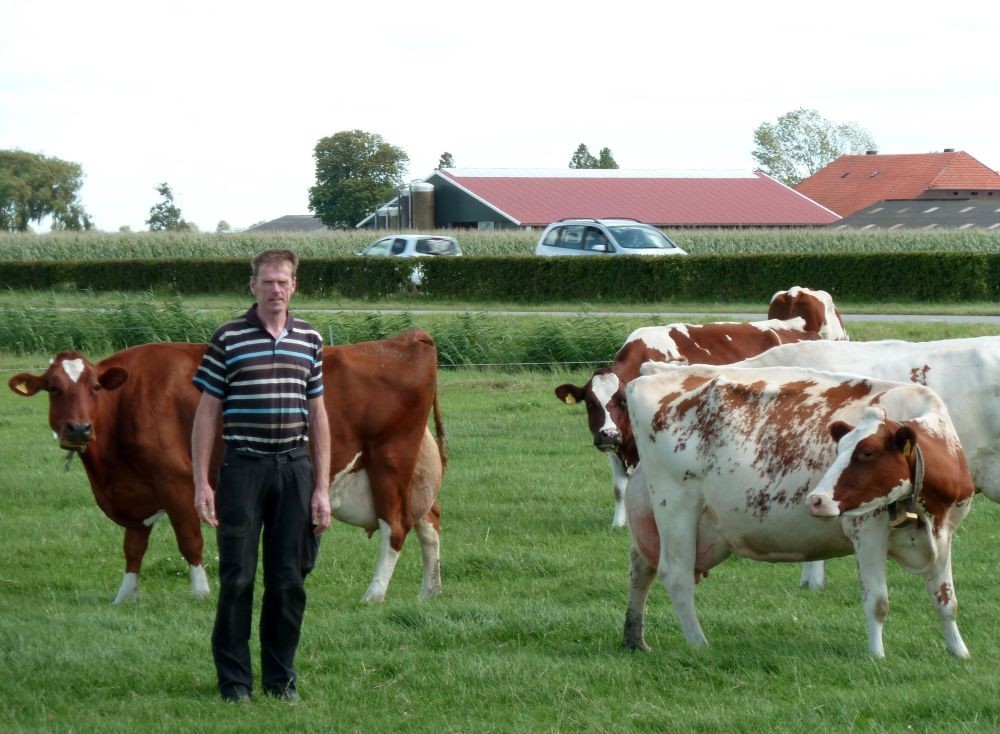 Livestock farmer and milk producer Gerard Hartveld, 52, poses next to his Red Holstein cows in his farm on Nieuwveen.
by Aug 12, 2017 12:00 am

Standing in his rubber boots in his fields surrounded by his beloved Red Holstein cows, Dutch farmer Gerard Hartveld has an air of resignation as he contemplates the future. Hartveld says he is a dairy farmer in "his heart" and soul. Yet, his heart is heavy knowing that, like many who work the land today in The Netherlands, he has no-one to inherit his family farm. The figures are staggering. Some 60 percent of those aged over 55 have no-one to whom they can bequeath their land, according to the Dutch central statistics office (CBS). That means some 15,000 farms could disappear in the next decade, with more than eight out of 10 sheep farmers, who are reaching retirement, having no successors.

Although pig and cow farmers are faring slightly better, most family farms have witnessed an exodus of the younger generation as they desert the fields and barns in their droves lured by the promise of fortunes to be made in the city. Hartveld's farm in central Nieuwveen has been in his family for more than a century - since 1913. He knows every inch of the land as well as his cows, including the doyens of the 20-strong dairy herd, Miranda and Greta. But with no children, the time will come "in 15 years or so, not before", when this reserved 52-year-old man of few words will see the land and his herd "pass out of the family" to be taken over by strangers.

This is where an innovative Dutch scheme seeks to step in, aiming to rescue such farms which make up an integral part of the landscape in the lowlands country.

Thomas Legrand is a 27-year-old Frenchman, who, with his Dutch girlfriend, is looking for a farm to run. But with no contacts in the farming world, the couple are turning to an online service called "Farmer Seeks Farmer."

"It's like a dating site," said Legrand, who "dreams of taking over a small sheep farm on a polder."

It is the small holdings which have been most affected by the breakdown of the family chain - fertile lands in this agriculture-rich nation which used to be passed down from generation to generation; ancestral courtyards which once echoed with the cries of playing children. Backed by the Young Farmers' Association, pig farmer Sander Thus has been working with the online scheme putting those close to retirement in contact with young would-be farmers seeking their own patch of agricultural land. Like an internet dating website, users register on the site and wait for their search to throw up a match. Thus, 28, arranges an initial meeting between the two to see if they click.

The young newcomer then spends a week on the farm so the two sides get to know each other better, before eventually sitting down to business to discuss the terms of any transfer - which can range from a straightforward sale to a tenancy agreement. Soon, a new announcement will be posted on the "Farmer Seeks Farmer" site by a cereal producer in the southern Limburg province whose three children all moved to the city. The 61-year-old farmer, who declined to be named and admitted to AFP that he was "tired", already knows what he's going to write on his profile.

"Cereal producer in the Limburg province is looking for a serious youngster to take over one hundred hectares of ancestral land, which I don't want to see fall into corporate hands."

Today's young farmers are often those embracing the profession out of passion, a desire to get their hands dirty or simply to escape the hectic pace of life in the city.

"Today, most of those looking to take over a farm are self-employed between the ages of 20 and 40, who don't come from the farming world at all but have this desire to roll their sleeves up," said Thus. Since the scheme was launched in 2011, several dozen farms have moved outside of the original family owners to be taken over by a new generation of farmers. Thus hopes the numbers will grow, with 135 people searching for land registered on the site, and some 35 existing farmers looking for new blood to farm their lands.