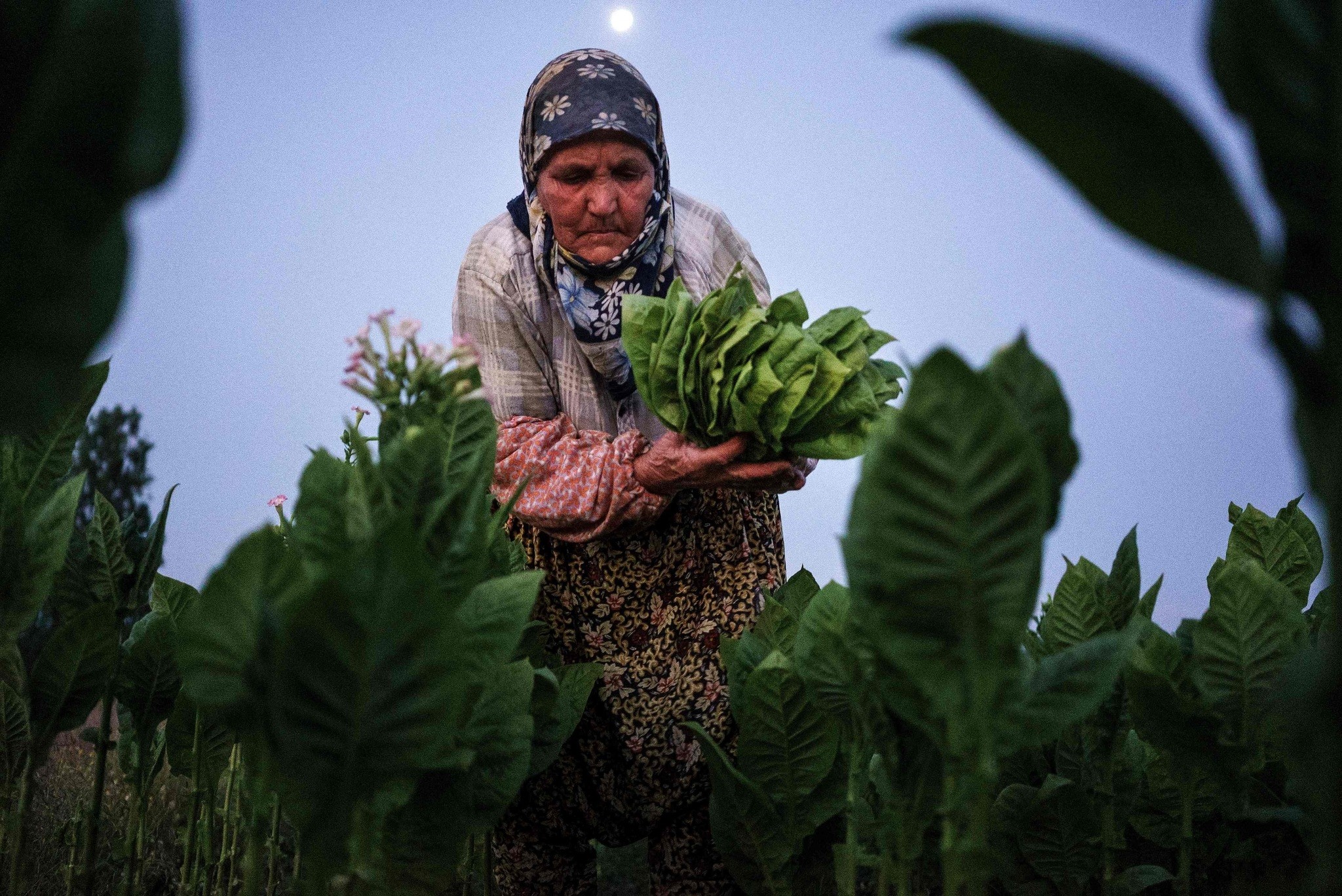 A woman collects tobacco leaves near the village of Kukuryak southeast of the Bulgarian capital Sofia.
by Aug 14, 2017 12:00 am

When 7-year-old Fatmagul Ali picked her first tobacco leaves in 1967, growing the crop seemed like a licence to print money. At the time, communist Bulgaria was one of the world's largest cigarette exporters and key supplier to the entire Soviet bloc. Five decades later, Fatmagul and her husband Fahim are still hard at work in their small field in the southern Rhodope mountains, close to the Greek border. The couple are already bent low over the plants well before dawn,their hands tarred from plucking the sticky leaves in the glow of their head torches. Row after row, they will spend hours repeating the same gesture before returning to their nearby village of Karchovkso, in the Muslim-majority Kirkovo region, to hang the leaves to dry. And yet these efforts will barely yield enough for survival.

"When you take into account the expenses, we'll make only a couple of euros today," Fahim, 57, shrugged. The fall of communism led to the disbanding of cooperative farms and a

decline in tobacco production, slowly smoking out what was once Bulgaria's most valuable asset. With a kilo of dried tobacco leaves costing around 2.50 euros ($2.95), the Alis will make only about 2,300 euros gross this year. They've taken up second jobs to make ends meet.

"We're thinking about abandoning tobacco, there's no point to it anymore," Fahim said.

Although the Kirkovo region still boasts the European Union's largest number of tobacco growers per capita, the output is a far cry from the days when Bulgaria's so-called "golden leaf" was an international mark of quality. Tobacco was first introduced in Bulgaria under Ottoman rule, with production surging by the 19th century.

"It was a real currency, allowing Bulgaria to take out international bank loans," Sofia-based economist Nikolay Valkanov told AFP. Under Soviet rule, Bulgaria became Europe's leading tobacco producer and, at its peak, exported some 100,000 tonnes in the 1970s and 1980s. Today this has shrivelled to 16,250 tonnes, according to official data. There's added pressure from neighbouring Turkey, Greece and Macedonia which have boosted their production and are threatening to push Bulgaria out of the market.

There's also a political dimension to the issue. The Movement for Rights and Freedoms (MRF) party that controls Kirkovo and its Muslim population has resisted government plans to convince people to turn to other crops.