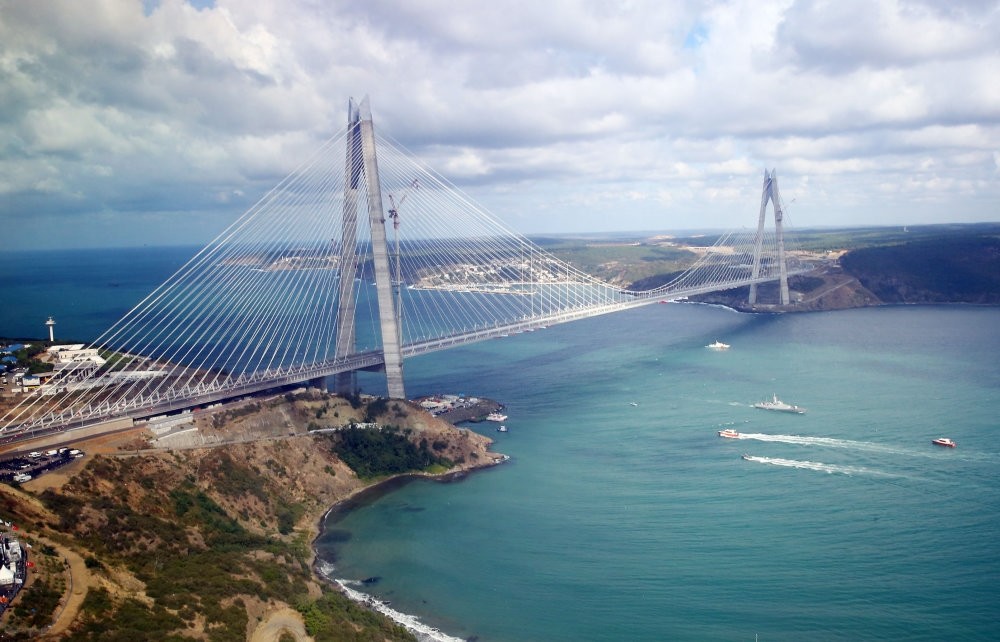 Commemorating the 18th anniversary of the devastating Marmara earthquake, Minister Arslan said that every tunnel, bridge, and building is built in consideration of earthquake factor

Huge structures such as the Eurasia and Marmaray tunnels, the Yavuz Sultan Selim and Osmangazi bridges, which are located in the earthquake zone, are designed to survive even in devastating earthquakes that can occur once every 2,500 years, Transport, Maritime Affairs and Communications Minister Ahmet Arslan said. Arslan told Anadolu Agency that the pain of the Marmara earthquake, which occurred 18 years ago on Aug. 17, 1999 and was also known as the disaster of the century, is still felt, noting that the sorrow and pain of the Aug. 17 Gölcük earthquake that shook Turkey deeply and affected the lives of every citizen are still fresh on its anniversary.

For this reason, we build each tunnel, bridge and building by giving particular importance to the earthquake factor."

'Old bridges have been made earthquake-resistant' 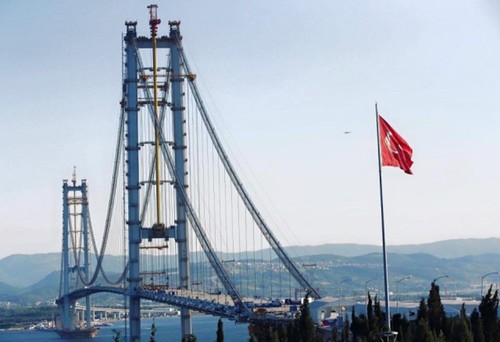 Arslan stressed that the huge structures such as the Yavuz Sultan Selim and Osmangazi bridges, which are located in the earthquake zone, are built to resist all kinds of wind effects as well as very severe earthquakes, pointing out that the Osmangazi and Yavuz Sultan Selim bridges, which opened to traffic last year, were designed in such a way that they can survive even the most severe earthquake that can occur once every 2,500 years.

"The July 15 Martyrs Bridge and Fatih Sultan Mehmet Bridge have reached the level of seismic resilience equivalent to Osmangazi and Yavuz Sultan Selim bridges with seismic and structural strengthening studies conducted in accordance with the current specifications," he added. 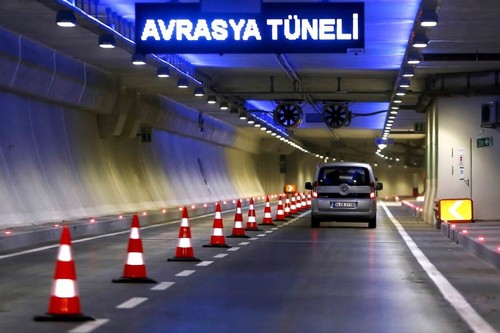 Arslan underlined that giant projects such as the Eurasia and Marmaray tunnels passing under the Sea of Marmara will be among the safest places in a possible earthquake in Istanbul, saying the Eurasia Tunnel is located at a distance of 16 kilometers to the North Anatolian fault line and is designed with the greatest earthquake possible in mind.

The tunnel, which was designed and manufactured in line with the latest international standards due to earthquake loads, tsunami effects and liquification, was constructed with two seismic joint rings according to a magnitude 7.5 earthquake, which can occur on the North Anatolian fault line.

He said that the system built under the Bosporus will be able to continue service and not take any damage even in the severest earthquake. A one-in-500 years quake in Istanbul wouldn't change functionality while only small maintenance works would be needed in the case of a severe earthquake that could occur once every 2,500 years. 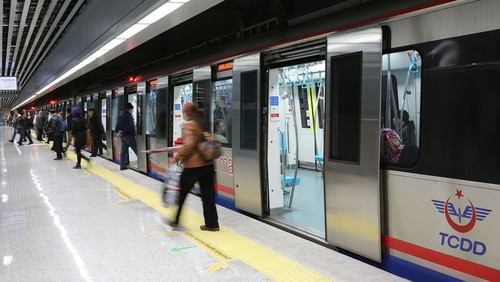 The Marmaray Tunnel was designed accounting for the possibility of the breaking of four segments in the fault line at the same time, a break that would mean a magnitude 7.5 earthquake.

The tunnel is 16 kilometers from the point where the nearest fault line passes according to the fault line map prepared after the 1999 Marmara earthquake. The Marmaray Tunnel is the deepest underwater tunnel built to date in the world and is designed with extremely strict criteria in terms of earthquake-resistance.

The Marmaray was built with the aim of surviving a magnitude 7.5 earthquake with zero security risk, minimum function loss, sinking tunnels and preserving watertightness. "The Marmaray has an immersed tube tunnel early warning system, which was established to prevent trains outside the tunnels from entering during and after the earthquake, and to ensure the arrival of trains in a safe place," Arslan said.

While speaking late Wednesday in the earthquake-stricken city of Kocaeli in the Marmara region, Environment and Urbanization Minister Mehmet Özhaseki elaborated on Turkey's urban transformation agenda.

Explaining that the legislative infrastructure is ready, the minister said 500,000 residential units will be renewed. The goal for the next 15 years is to renew 7.5 million residential units. Özhaseki also confirmed that more than 1 million buildings have been renewed since the great Marmara earthquake in 1999.