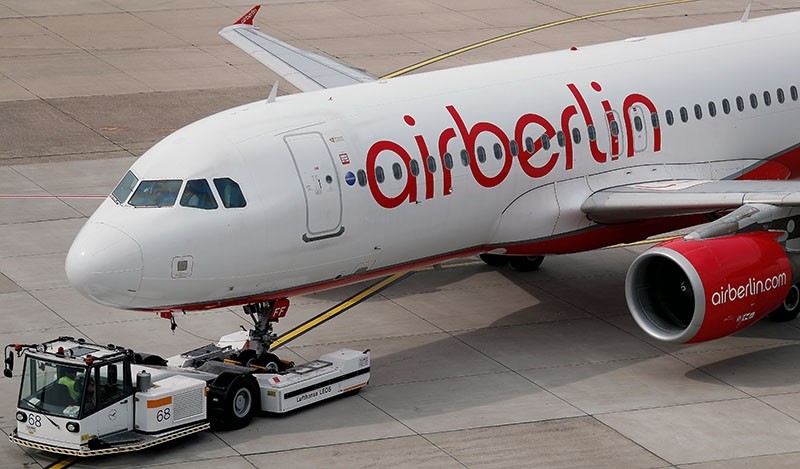 The European Commission on Monday approved Germany's plans to grant insolvent Air Berlin a 150 million euro ($180 million) loan to allow it temporarily to serve passengers while selling off its business.

"The measure will allow for the orderly wind-down of the insolvent airline Air Berlin without unduly distorting competition in the single market," it added.

It said the German government on August 15 had notified the commission of its intent to grant a bridging loan to Air Berlin after Etihad, the main shareholder, withdrew its financial backing for the insolvent firm.

The aim of the loan, the commission said, is to allow Air Berlin to continue serving passengers in the "coming months", while at the same time concluding negotiations to sell its assets and eventually exit the market.

Under EU rescue and restructuring rules, member states may support companies in difficulty as long as the measures are "limited in time and scope" and promote the common interest.

The commission said it has taken into account the fact that the loan will be paid out in instalments under strict conditions, with Air Berlin demonstrating its liquidity needs weekly.

It said Germany has also pledged to ensure the loan will either be fully repaid or the government in Berlin will submit a plan to wind down the airline.

Welcoming the EU's approval, Air Berlin chief executive Thomas Winkelmann said the government loan will help the airline as it looked for buyers.

"Since discussions began, we have done everything to ensure that as many jobs as possible are kept," Winkelmann said in a statement.

Bidders for the airline's assets are due to put in their offer by September 15, and several companies, including Lufthansa counts among them.

Lufthansa -- which already leases 38 of Air Berlin's 140 planes -- could buy up to 70 aircraft with as many as 3,000 crew for its low-cost subsidiary Eurowings, Bild newspaper reported recently.

Winkelmann told Bild am Sonntag that the airline was in talks with "more than 10 interested parties, including several airlines".

"There won't be just one but two or three buyers," he added.

Ryanair chief Michael O'Leary claimed last month that Lufthansa has enjoyed an unfair advantage in the scramble for chunks of the business, especially valuable landing slots at major German airports.