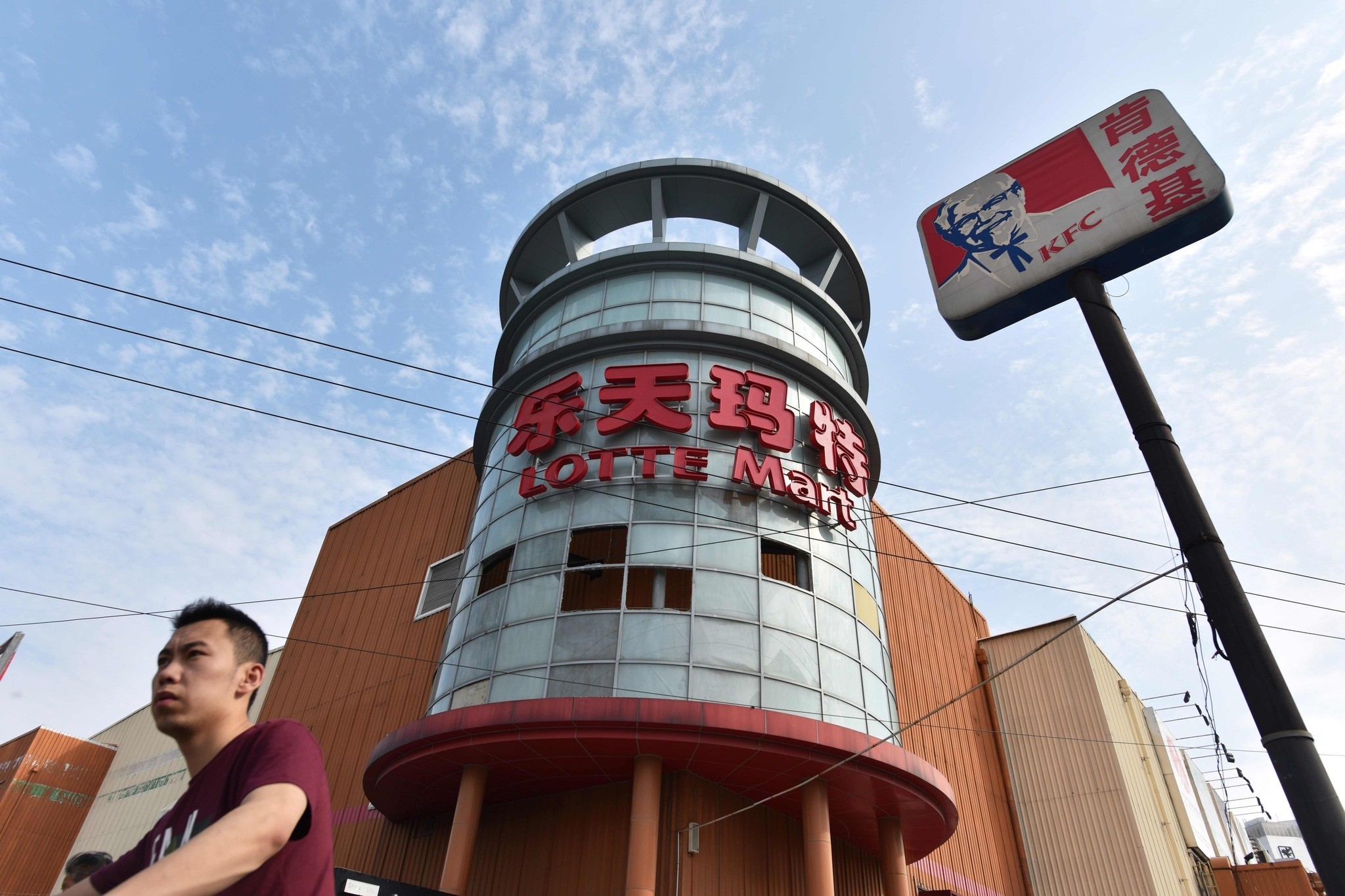 South Korea's Lotte Group is to sell some of its Chinese stores in the face of crippling measures imposed by Beijing over a U.S. missile defense system, it said Friday, and could dispose of them all. Lotte provided a golf course to Seoul for the THAAD missile-interception system installed by South Korea and the U.S. to defend against the North's missile threats. China strongly opposes the system as a threat to its own security, and has hit the retail giant, South Korea's fifth-biggest conglomerate, with unofficial sanctions. About 80 percent of the 112 Lotte Mart stores in China have been closed for more than six months as authorities tightened safety and sanitary inspections and consumers boycotted them, costing Lotte hundreds of millions of dollars.

"We have decided to start selling stores in China where we've been unable to operate normally for a long while," a Lotte Group spokeswoman said. But it has not yet been decided whether we will sell them all or some of them." The group's key subsidiary, Lotte Mart, in March had to inject 360 billion won ($318 million) of emergency funds to keep the China stores afloat and recently decided to pour in an additional 340 billion won. Lotte Mart estimates that it could lose 1 trillion won this year if the trend continues.

Lotte, which has invested more than ten trillion won in its Chinese operations since 1994, has named U.S. investment bank Goldman Sachs as the lead manager to sell the China stores, the spokeswoman said. Separately, the Yonhap news agency reported that South Korea's biggest supermarket chain E-Mart, which has suffered years of operating losses in China, is winding up its five remaining shops in the country. It has also been said that the chain is in talks to sell them to Thai conglomerate Charoen Pokphand Group, which runs other supermarket chains in China.