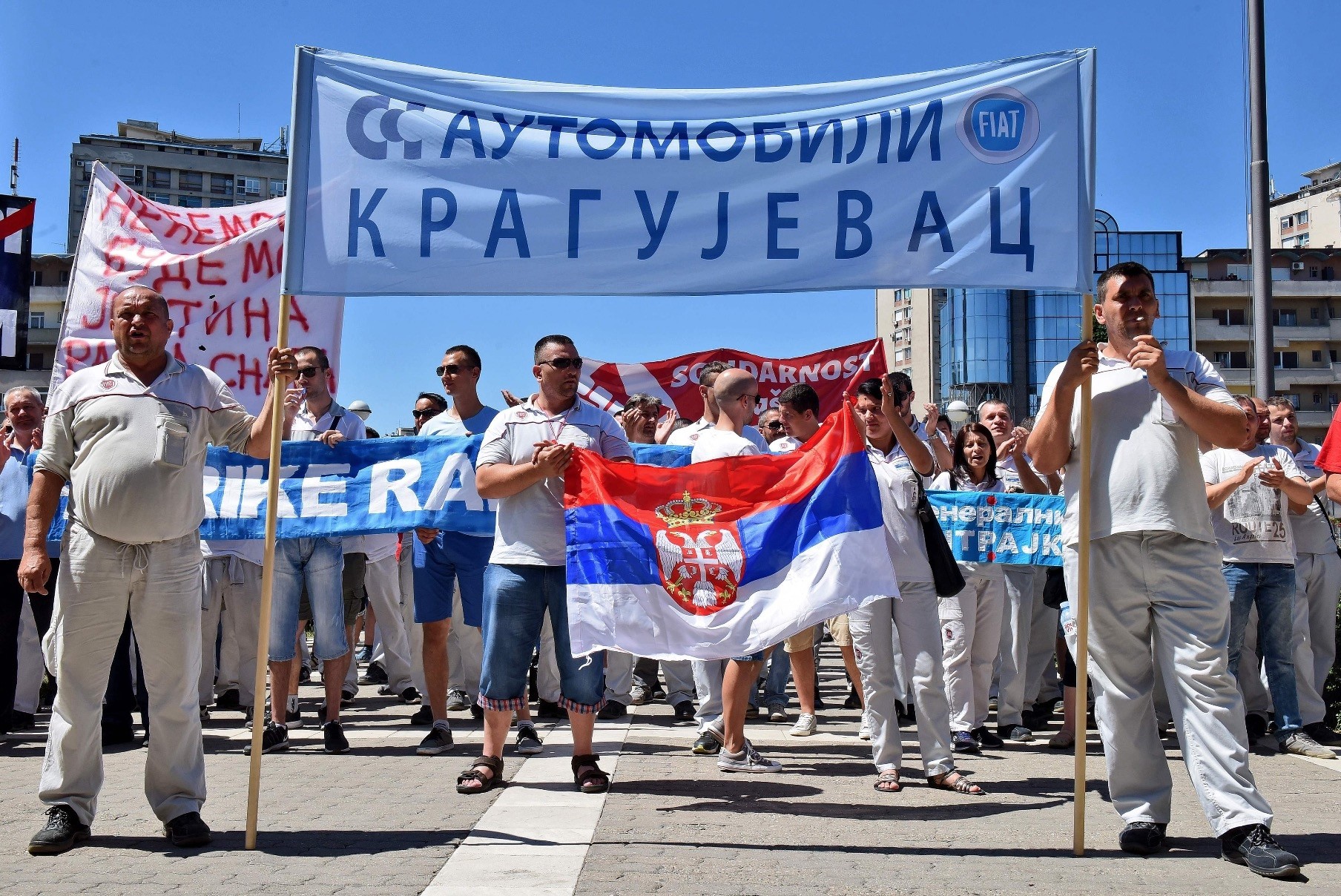 Workers of a Fiat car-making plant are seen during a strike in Kragujevac. They were seeking a 25 percent wage increase.
by Sep 18, 2017 12:00 am

Qualified, cheap and little protected by law, Serbian workers have everything to please foreign multinationals. But discontent is growing among employees of such companies in the Balkan country, a candidate for European Union membership. A three-week strike at a Fiat car-making plant from late June was particularly telling: The factory's 2,400 employees in Kragujevac, a city in central Serbia, sought a wage increase of over 18 percent. While such a raise might seem steep, it would only have put their salary at 45,000 dinars (379 euros) a month, below the average wage in the former Yugoslav republic, which in July this year was around 400 euros.

The strike was the first crisis for Prime Minister Ana Brnabic, a 41-year-old technocrat, who took over in June. She warned the unions that Fiat would not negotiate as long as the strike continued. The Serbian venture is a joint enterprise, 67 percent owned by Fiat and 33 percent by the state. The Italian manufacturer remained silent over the industrial action, letting rumors spread of its departure from Serbia, where it has had a presence since the 1950s. Such a move would be a worrying prospect for the country of around 7 million people and a double-digit unemployment rate.

Fiat's exports, worth 382.2 million euros ($454 million) in the first quarter of the year, account for 3 percent of Serbia's gross domestic product, according to the national statistics office. Talks between the unions and the management eventually resulted in a deal on a wage increase indexed to the projected inflation rate, 4.5 percent for 2018. But Ranka Savic, leader of the Association of Free and Independent Trade Unions, was not satisfied, saying the state "allows the multinationals to do what they want so it can brag about a historic hiring rate."

South Korea's Yura Corporation, which specializes in car electronics components, was at the center of media attacks last year, with reports of abuse, harassment and refusing to let workers go to the toilet at its factory in Leskovac in southern Serbia.