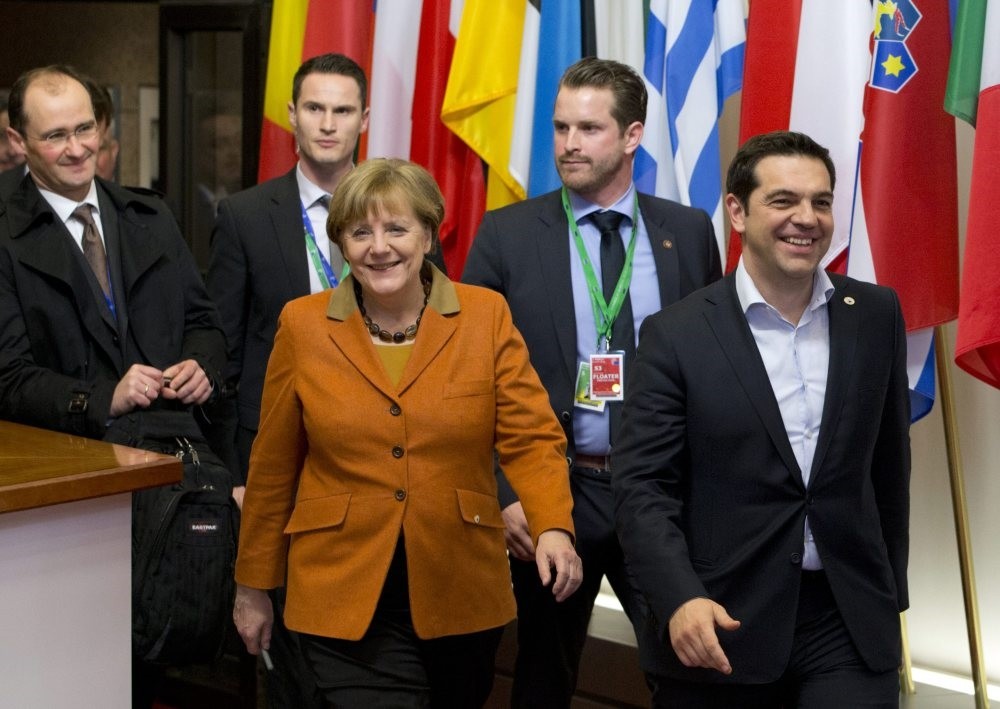 Ahead of German elections, Greeks have expressed their concerns over a Merkel-Liberal coalition, as the current leader of the liberal party gave up on the idea of a eurozone with Greece and sees Merkel's affinity with Macron as a trap

Germany's bone-hard stance on Europe's response to dealing with Greece's debt mountain has hardly endeared it to a nation laboring under the effects of austerity that multiple bailouts have engendered.

Yet, while Germany's role in trying to force Athens back onto the financial straight and narrow has sparked resentment, with Berlin cast in the villain's role for demanding fiscal rectitude, most Greeks appear unfazed at Angela Merkel's expected re-election next week.

Headed seemingly inexorably towards a fourth term, Merkel was present at the creation of all three of Greece's bailout packages and is an old hand when it comes to the economic turmoil battering Athens while her priorities on economy and migration are well known.

Even so, some Greek observers worry a new coalition, potentially including liberals who oppose a European Monetary Fund to make emergency loans and have suggested it might be best for Greece to leave the eurozone, could throw up fresh concerns for Athens.

After initially butting heads with leftist Greek Prime Minister Alexis Tsipras in his first formative months in power in 2015, Merkel, the dour chancellor known as "Mutti" (mummy) has built a rapport of sorts with the young ex-student rebel.

To the consternation of German finance minister, Wolfgang Schaeuble, Tsipras has often appealed to Merkel directly when talks on Greece's tough reforms stall.

"[He] insists on calling Merkel all the time," Schaeuble said in June.

Athens is grateful to Merkel for helping to craft the EU-Turkey agreement that has kept Greece from being overwhelmed with thousands of additional refugees and migrants, after a huge influx in 2015. She personally reached out to President Recep Tayyip Erdoğan to craft the pact, and stood out among European leaders by offering to take in thousands of refugees.

But Dimitris Papadimoulis, Greece's European Parliament vice-president, notes "it's not a question of (personal) chemistry."

"The Greek government seeks to change the economic mix and promote fair growth, whereas the German leadership, as we have known under Merkel, aims to maintain a 'German' Europe," the veteran politician, a senior member of Tsipras' Syriza party, told AFP.

Tackling migration "takes a collective response, it's not just about Germany," Papadimoulis said. "The problem remains the lack of solidarity to entry states such as Greece and Italy, the non-implementation of the relocation program in full and problematic behavior by states such as Poland and Hungary."

For informed observers in Athens, the makeup of the next German government is key to its future stance on Greece.

Merkel's conservative CDU/CSU bloc holds a solid poll lead, but looks set to miss an absolute majority that would allow it to rule alone.

"I am concerned about the election," a senior Greek government source said this week.

"If a CDU-FDP coalition emerges, it will not be the best thing for Greece," he said.

The last time Merkel was in a coalition with the liberal Free Democrats (FDP), its then leader Philipp Roesler, economy minister at the time, was a notorious hawk on Greece and its troubled reform efforts.

Roesler made headlines in 2012 after asserting that for him personally, the idea of a Greek eurozone exit "lost its horror a long time ago."

Current FDP leader Christian Lindner maintains a tougher stance than Merkel on migration and has called for Greece to temporarily leave the euro.

"Germany's approach on the Greek economy is not going to change...[it] has grown tired of the Greek issue," Yiorgos Tzogopoulos, a researcher at the Eliamep foreign policy think tank, told news portal in.gr.

One area where Germany may back down is in giving European authorities extra powers to manage future bailouts, one of which Greece may well need when its current rescue program expires in August 2018.

In April, Schaeuble said future aid programs for eurozone countries should be under EU auspices.

This is consistent with Tsipras' desire to keep out the International Monetary Fund, seen in Athens as the instigator of the toughest reforms demanded by its international creditors over the past eight years.

However, the emerging concord between Merkel and new French President Emmanuel Macron on promoting a multi-speed EU could be a "trap" for Greece, Tzogopoulos said. "Greece may well become a laggard in various sectors of a new European (reality)," he said. A shift in German policy towards Greece might not even be in the latter's favor, says 36-year-old software programmer Stamatis Rapanakis. "Greeks like fairy tales. A [Social Democratic] administration would tempt Greek politicians to seek a new round of talks. And this would delay reforms," he said.