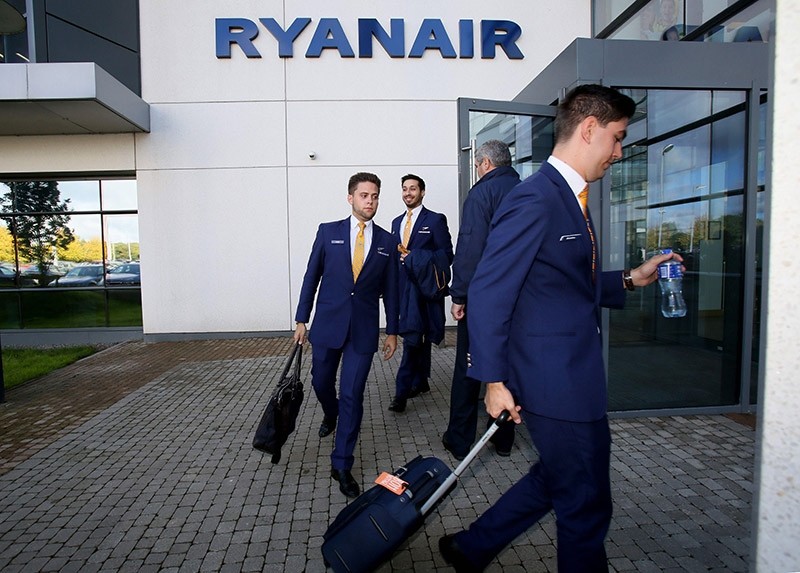 Ryanair chief executive Michael O'Leary on Thursday said he could not rule out axing more flights, but any additional cancellations would not be linked to ongoing pilot roster problems.

Any further grounding of planes would be linked to weather issues and strikes, which have also hampered the no-frills airline giant recently, according to the spokesman.

Outspoken CEO O'Leary also "apologized" to shareholders "and again to customers" for the flight cancellations crisis that has plagued the carrier since late last week.

Ryanair has canned 2,100 flights to the end of October, as it struggles with landing planes on time, reportedly mainly owing to a shortage of pilots.

Scandinavian rival Norwegian Air confirmed on Monday that 140 pilots have left Ryanair to join their ranks this year, and that they were continuing to recruit pilots for their new Dublin base.

Ryanair's cancellations had threatened to jeopardize the travel plans of 315,000 customers.

However, the airline said Wednesday that it has allocated replacement flights for more than half of those passengers.

Ryanair said Thursday it expects to have re-accommodated or refunded more than 95 percent of customers by the end of this week.

The group is scrapping 40 to 50 flights daily -- just short of two percent of its flying program.

It estimates a total cost to the company of 25 million euros ($30 million) for the cancellations, which were sparked in part by an over-allocation of pilots' holidays during a relatively busy period.

O'Leary admitted at the start of the week that the scandal would have a "large reputational impact" on the group.

According to media reports on Thursday, the company was looking to hire 125 pilots within "the next week or two".

The news surfaced just hours after the fraught airline received a letter from existing pilots rejecting the offer of a bonus for working overtime.

However, a Ryanair spokesman told AFP that the airline had hired the 125 pilots over the past fortnight "as part of its ongoing pilot recruitment program".

Jasper Lawler, head of research at London Capital Group, said the scandal could cost Ryanair valuable bookings in the peak-time summer holiday next year -- and hand a boost to fierce low-cost competitor EasyJet.

"It's difficult timing for Ryanair which had been making reputational gains against rival EasyJet," Lawler said.

"The setback could cost precious summer bookings next season."