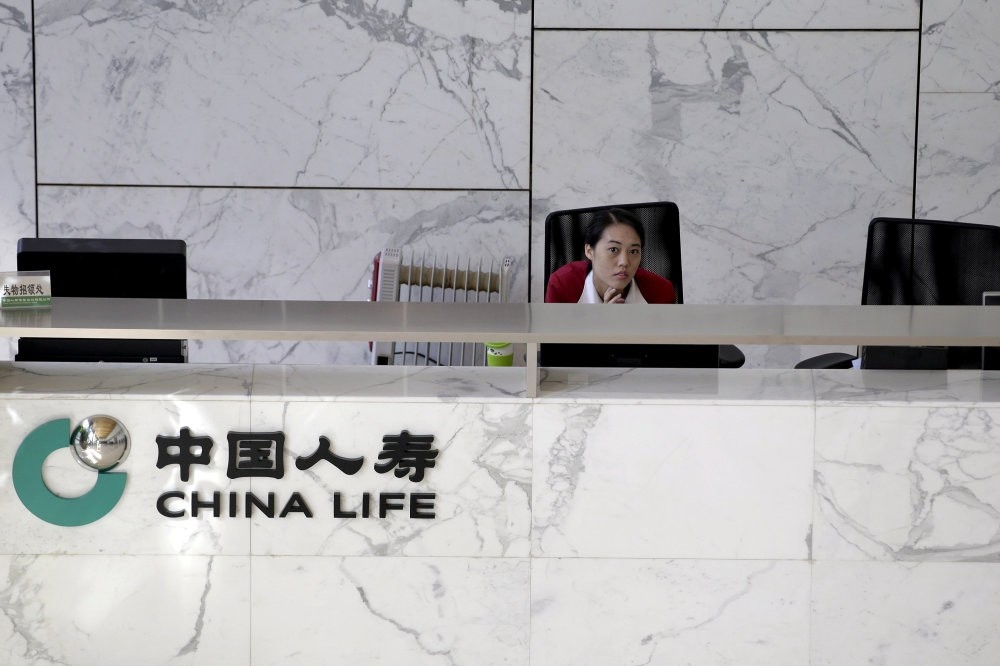 An employee sits at the reception of the headquarters building of China Life insurance in Beijing. China would likely lean on cash-rich SOEs like China Life Insurance to bail out the largest of the struggling companies.
by Sep 26, 2017 12:00 am

Hoping to speed up the reforms in order to meet ambitious economic growth targets and manage its debt burden, China hopes to revive its bloated state-owned sector with cash-rich state-owned enterprises

China's latest push to revive its bloated state-owned sector is set to pick up pace this year, with bankers and investors expecting possible spin-offs and asset sales to follow a key Communist Party Congress in October. But the effort is likely to only involve a limited role for private money, even as Beijing has been promoting it as crucial for reforming state-owned enterprises (SOEs), according to people familiar with China's plans. Beijing would likely lean on cash-rich SOEs like China Life Insurance and Citic Group Corporation to bail out the largest of the struggling companies, the people said. They cited China Life stepping in to help China Unicom raise $12 billion last month. A limited role for private capital would raise questions about the depth of any overhaul of the SOEs. China hopes to speed up the reforms in order to meet ambitious economic growth targets and manage its corporate debt burden.

"The current model allows winners, companies doing better, to partially own those doing worse," said Alicia Garcia-Herrero, chief Asia Pacific economist at Natixis. "In other words, this is a reshuffling of profit, loss among SOEs to a large extent."

China Life is in talks with China Three Gorges New Energy, a unit of the country's top hydropower developer, according to sources familiar with the matter. They said it could also be critical to others in line for so-called mixed ownership, the injection of private capital into state enterprises. Those companies include China Southern Power Grid, China State Shipbuilding Corp and China Nuclear Engineering & Construction Corporation.

China's state-run companies dominate the country's key industries, from banking to insurance, energy, and telecoms. They retain an edge over their private rivals in investing both locally and overseas, in part thanks to easier financing. But they also produce lower returns than their private counterparts and account for the biggest proportion of the bad loans on the books of the country's banks. The fund raising by Unicom, a state-owned telecoms group, had sparked hopes for the mixed ownership effort, as outlined in a 2015 government plan. The partial privatisation of Unicom in August, involving 14 investors, including the tech giants Alibaba and Tencent, was welcomed by markets. But, as Beijing balanced the need for cash with the need for control, China Life ended up with a 10.6 percent stake in the company, nearly a third of the total sold. New investors, including China Life, were given three of 15 board seats.

"For the SOE reforms to really take off, the ownership of these companies should be truly diversified both in terms of equity holding as well as governance," said a Beijing-based lawyer who works with the National Development and Reform Commission, China's top economic planning body, and private companies.

"That will be difficult to achieve: there is no incentive for private enterprises to invest in most of these state-owned firms," said the lawyer, who declined to be named due to the sensitivity of the issue. "So it will be basically a case of using one SOE's cash balance to try and revive another."

Private capital is still expected to play an increasing role. Responding to stagnating foreign direct investment and even a possible decline this year, China said last month that it would become more open to international investors - its latest statement about opening up to foreign cash. That includes areas like banking, insurance and securities, where foreign ownership limitations have long grated on overseas companies trying to penetrate the China market.