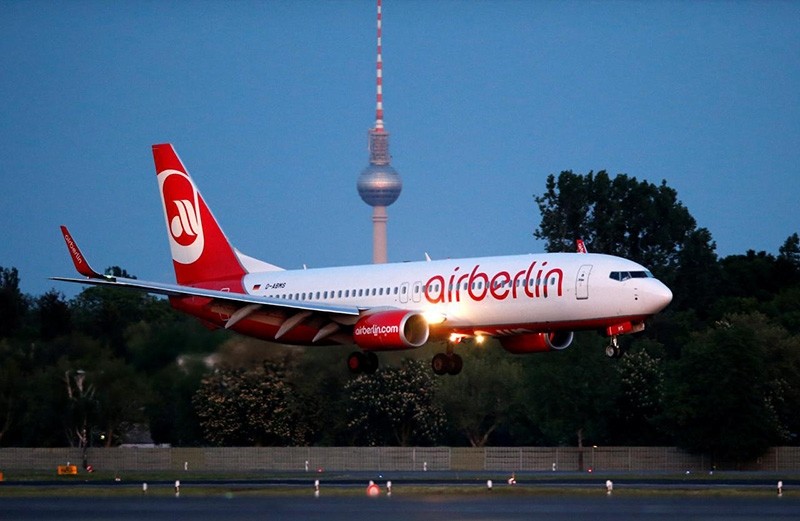 About 1,400 Air Berlin workers may soon be out of a job, some as early as the end of this month, according to a union paper obtained by AFP on Saturday.

Many of the cuts would hit the bankrupt airline's ground personnel and administration staff, whose contracts could end by the end of the month or in February 2018.

According to the document, Air Berlin could also soon stop operating, with only its subsidiary Niki continuing to fly.

The German airline triggered bankruptcy proceedings in August after losing a cash lifeline from its biggest shareholder Etihad Airways.

Lufthansa has emerged as the leading bidder for Air Berlin's assets, including valuable landing and takeoff slots at German airports.

The group has already bought or holds an option to buy some 20 Air Berlin aircraft that were leased to its low-cost Eurowings airline in recent months.

Air Berlin has some 8,600 employees, including part-time workers, according to DPA news agency.

Lufthansa has said it plans to hire up to 3,000 people for the expansion of Eurowings, anticipating an accelerated hiring process for Air Berlin workers.

But it does not guarantee them employment.

Air Berlin chief executive Thomas Winkelmann said in September that up to 80 percent of workers could find work with Lufthansa and British EasyJet, the remaining bidders for parts of the stricken business.

EasyJet has given him no information on whether it plans to recruit Air Berlin employees.

Negotiations with the two airlines are due to conclude on October 12.

Unions have criticised management for not keeping them informed of the progress of discussions.

In late September, one of Germany's most powerful unions Verdi urged Air Berlin and its potential buyers to establish a "bailout" for employees.

Verdi also urged the creation of a "transfer company" that would prepare laid-off workers for new employment by providing them professional assistance, qualification and job placement.

Technical details around winding up the carrier are to be thrashed out in the coming weeks and any final deal will need to be approved by European regulators.