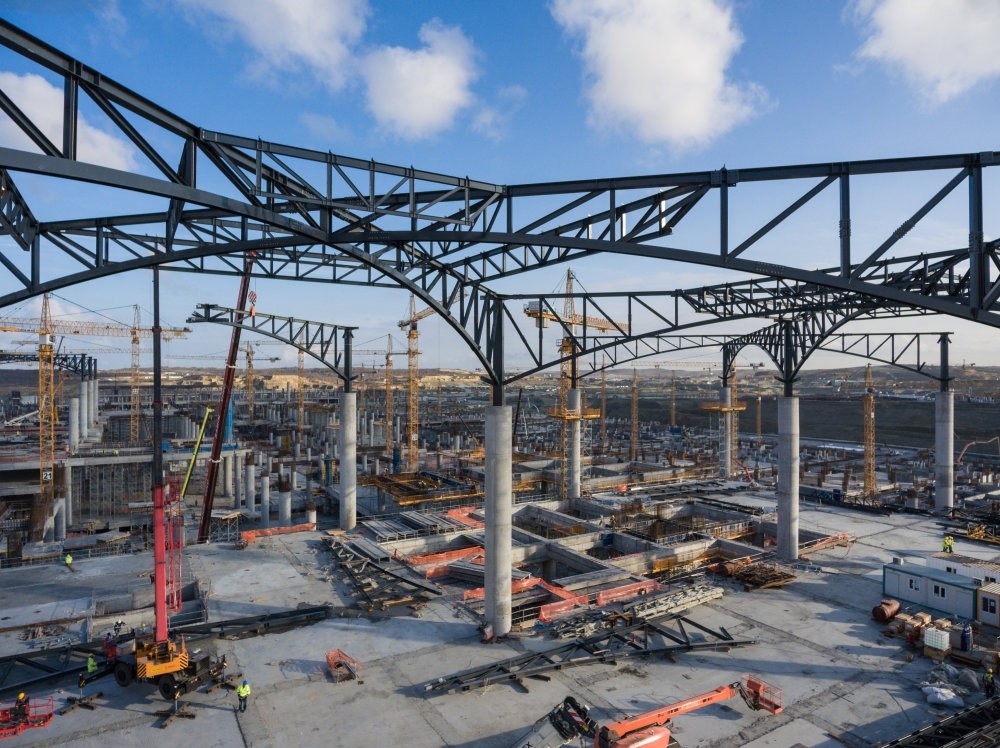 Speaking to Anadolu Agency's Editors' Desk in Ankara on Friday, Arslan said: "We will land the first plane at Istanbul's third airport before February 2018."

Currently under construction, the official opening will be on Oct. 29, 2018, he said. Oct. 29 is the day Turkey marks Republic Day, commemorating the proclamation of the Republic of Turkey in 1923.

Around 68 percent of the airport construction has been completed, Arslan added. "Workers are working day and night to finish the project on time."

When it is completed next year, the new airport will assume most of the passenger traffic from Atatürk International Airport, with 250 airlines flying to more than 350 destinations, making it one of the world's largest transport hubs.

When the first phase is completed in 2018, it will have the world's largest terminal under one roof, with a gross floor area of around 1 million square meters and the ability to serve 90 million passengers a year. With the completion of all phases, the airport is expected to be the busiest in the world, with flights to over 350 destinations and, eventually, an annual capacity of 200 million passengers.

Istanbul's Atatürk Airport is the busiest airport in Turkey, with 41.6 million passengers in the first eight months of 2017, according to the state airports authority, followed by Istanbul's main airport on the Asian side, Sabiha Gökçen Airport, with 20.5 million passengers.