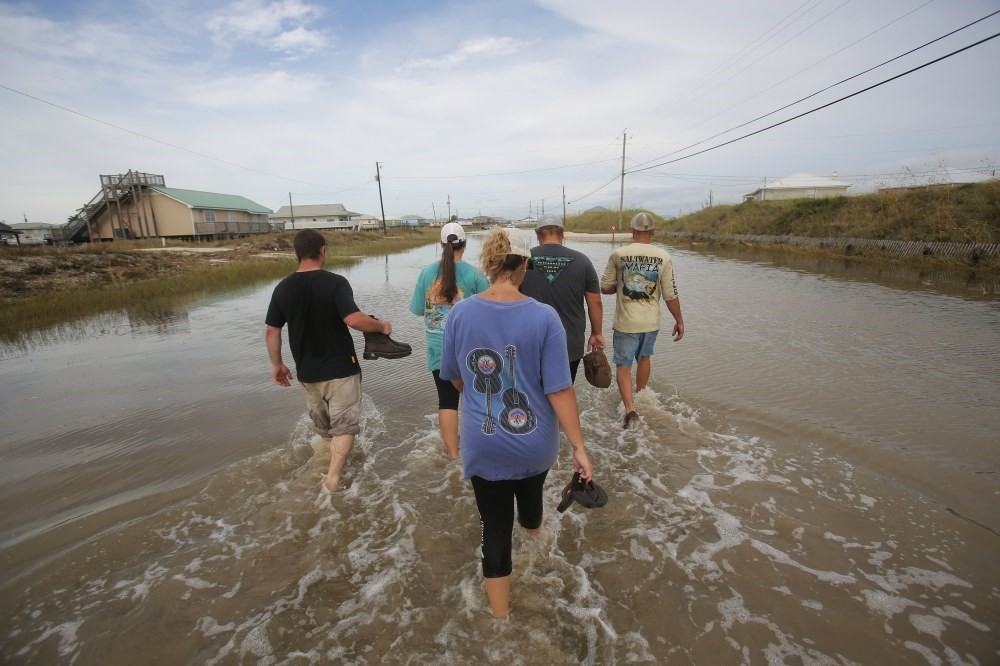 People walk through streets flooded from Hurricane Nate on Dauphin Island, Alabama.
by Oct 11, 2017 12:00 am

American International Group expects a $2 billion hit in the third quarter from a trio of major hurricanes in the Americas and a catastrophic Mexican earthquake, the insurer said Monday. AIG estimated pre-tax losses of between $2.9 billion and $3.1 billion, with the breakdown of above $1 billion each for Hurricanes Harvey and Irma, $600 million to $700 million from Hurricane Maria and $150 million from other events, including the earthquake in Mexico. Those are the expected losses to AIG following reinsurance claims.

AIG estimated the impact after taxes at $1.9 to $2.0 billion. The estimate includes the toll of biblical-scale flooding in Houston in Hurricane Harvey, repeat battering of the Caribbean with Irma and Maria and the Mexico calamity that claimed more than 360 lives. AIG CEO Brian Duperreault said the array of catastrophes marked an "unprecedented" period of disaster.

"Through AIG's financial strength and long experience with natural catastrophes, our teams across the company have reacted quickly to provide our clients with the claim funds, resources and expertise they need to recover and rebuild with greater resilience," he said. AIG said the figures were preliminary and that the final number could be significantly different.