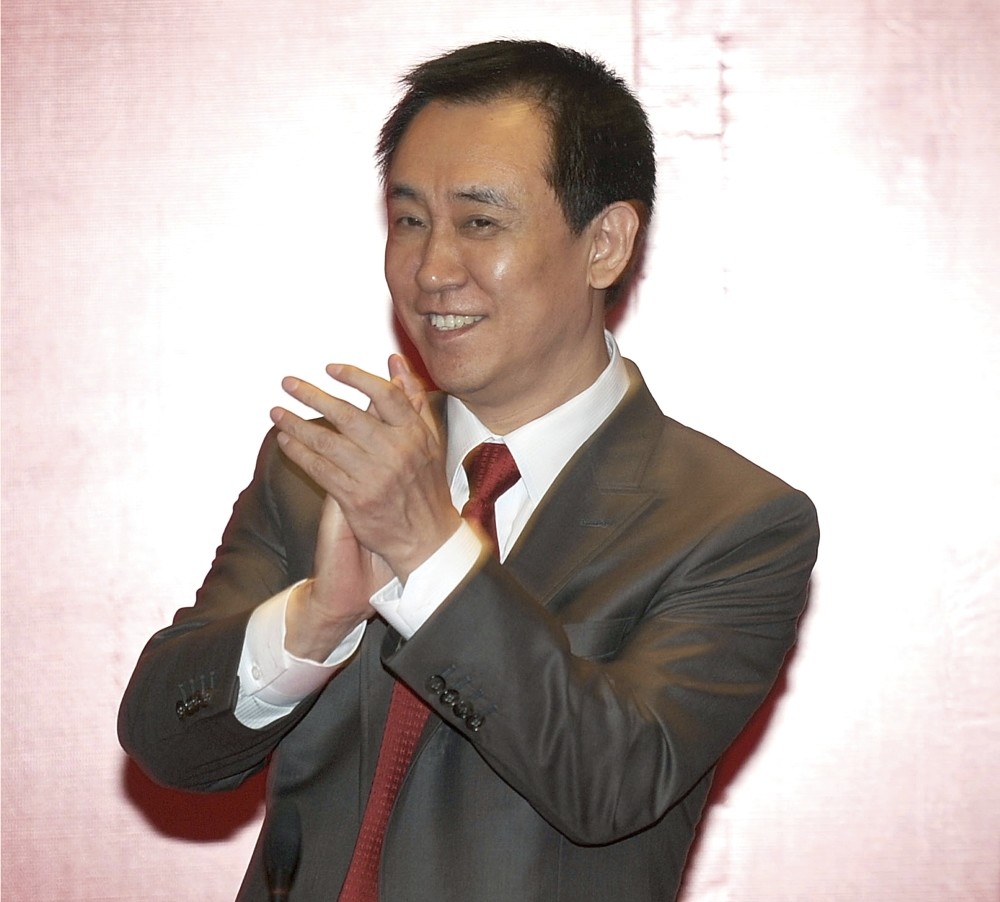 Named the richest man in China yesterday with a net worth of $43 billion, property tycoon Xu Jiayin is likened by some media to Donald Trump, having built his fortune on a real estate business that has blossomed under a mountain of debt. The 59-year-old Xu's China Evergrande Group has a market value of $47 billion, although its total debt stands at more than $100 billion, an issue that has prompted some wary investors to short the stock. Evergrande, China's second-most indebted company, has now pledged to cut its net debt ratio to around 70 percent by June 2020 from 240 percent and has raised $3.8 billion in new funds and exchanged $2.8 billion of existing debt this year. Thanks to a boom in the value of Chinese property assets, Xu's wealth has climbed by $30 billion in the past year to top the rich list compiled annually by the Hurun Report. Evergrande, whose shares have surged 480 percent this year, is now ranked as the country's third-largest developer by sales. The stock's bull run to record highs accelerated this month, driven by plans for a backdoor listing in mainland China and the announcement of a target to reduce debt.

Xu's political stock is also high with the ruling Communist Party. He is a member of the Chinese People's Political Consultative Conference, the top advisory body. And the State Council, China's cabinet, bestowed on him the title "National Model Worker" - one of the country's highest civilian honours. Earlier this year, Xu, in his advisory role, proposed measures to alleviate poverty and hailed China's president. Xu graduated from Wuhan University of Science and Technology in 1982, and was awarded an honorary doctorate degree in commerce by the University of West Alabama in 2008. He founded Evergrande in 1996 and listed it in Hong Kong in 2009 after raising around HK$6 billion ($767 million) in an initial public offering. Acquisition-hungry Evergrande, which has developed thousands of middle class homes in China, made headlines in 2010 when it bought the main soccer club in its home town of Guangzhou for 100 million yuan ($15 million). In 2014, Xu sold a half stake in the club to China's biggest e-commerce company Alibaba for $192 million.

Alibaba's founder Jack Ma said at the time that he and Xu hatched the deal over dinner and drinks, and wrapped it up in just a few days. Xu came under a less friendly spotlight in 2015, when Australia ordered him to sell his A$39 million ($31 million) Sydney mansion as part of a crackdown on foreigners whose buying had contributed to an overheated residential property market.