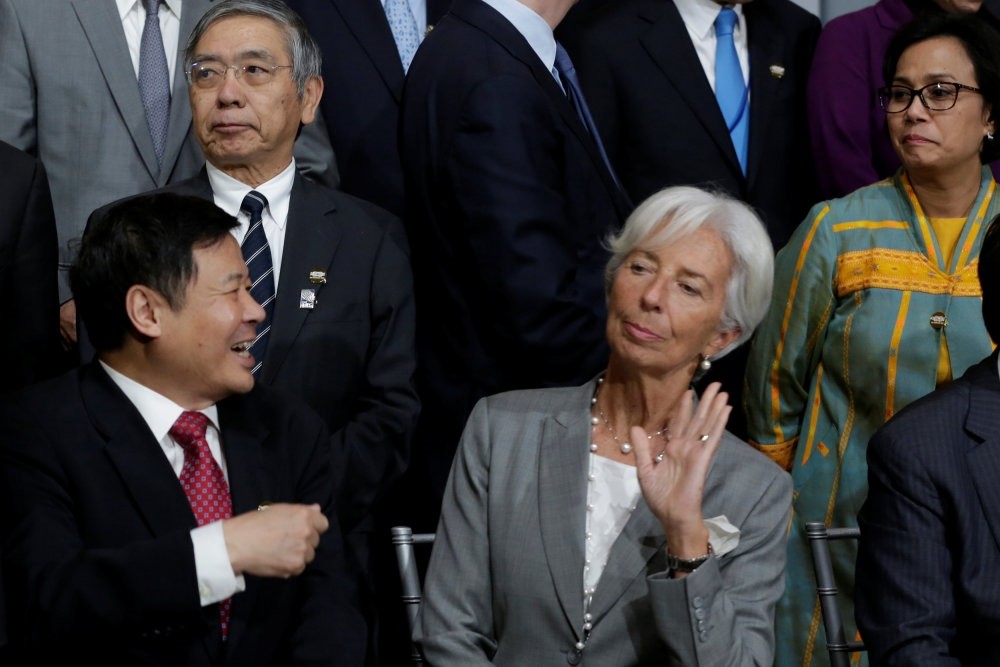 World leaders should take advantage of the healthiest global growth in years to pursue policies that will spread prosperity to those being left behind, the head of the International Monetary Fund is arguing.

"It is not time to be complacent," IMF Managing Director Christine Lagarde said. "Policymakers can use this moment to provide more certainty and provide for the future risks." Lagarde's warning came as global financial leaders gathered in Washington for the annual meetings of the 189-member IMF and its sister lending organization, the World Bank. IMF forecasters expect the global economy to expand 3.6 percent this year, the fastest pace since 2010. And Lagarde says three-fourths of the world economy is participating in the uptick, creating the broadest recovery in a decade. But many workers have seen their wages stagnate and their jobs replaced or threatened by technology. And many countries are seeing a widening income gap between rich and poor. "The result is growing political tensions in many places and increased skepticism about the benefits of globalization," Lagarde said.

While the IMF boosted its outlook for the 19-country Eurozone, Japan and China, it trimmed its estimates slightly for the United States compared with the projections it had made in April. It now sees U.S. growth at 2.2 percent this year and 2.3 percent next year, still up from the lackluster 1.5 percent pace of last year. IMF economists said the reduction of 0.1 percentage point for 2017 and 0.2 percentage point for 2018 reflected less certainty over when the Trump administration will be able to get its tax cut plan through Congress. Even before the reductions, the IMF's forecast was well below the 3 percent growth rates the administration says will be achieved with its policy changes to taxes and regulation and tougher trade enforcement.

A senior U.S. Treasury official, briefing reporters on this week's meetings, said the IMF has other concerns beyond getting involved in the U.S. tax debate. The official spoke on condition of anonymity to be able to discuss the U.S. agenda in advance of the meetings taking place.

An IMF report out Wednesday concluded that many countries could raise taxes on the wealthiest without sacrificing economic growth. But Lagarde suggested another way to cut income inequality: putting more women to work, improving their access to credit and narrowing their pay gap with men. "A no-brainer," she said.

Lagarde said one thing the major economies will need to handle carefully is the movement away from massive economic support from their central banks. Such a move, if not well-telegraphed in advance, could disrupt global financial markets and reduce needed capital to developing countries. The Federal Reserve has announced that it will start this month trimming its $4.5 trillion balance sheet, which was increased five-fold since 2008 as the Fed tried unconventional means to jump-start economic growth. The European Central Bank and the Bank of Japan have undertaken similar efforts.