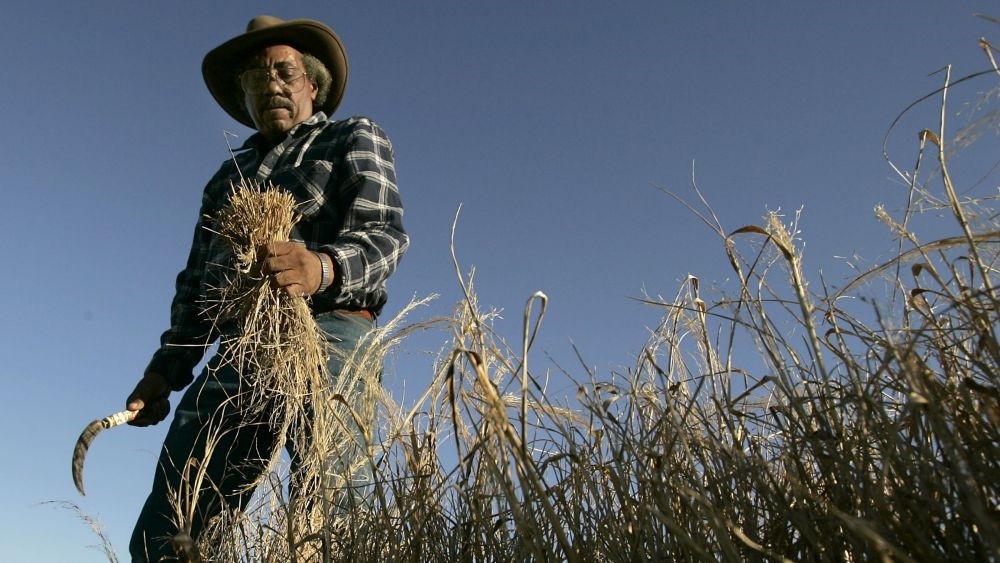 Teff is a main crop in the East African country Ethiopia that yields a mixed red-and-white seed the size of a poppy. Ethiopian consumers buy the seed from farmers or traders and ground it into flour to make a pancake-like fermented spongy bread called injera, which can be consumed two or three times a day. According to the U.N.'s Food and Agriculture Organization, teff accounts for about two-thirds of the daily protein intake in the Ethiopian diet.

"Teff is as old as Ethiopia," said Esayas Lema, deputy head of the Agricultural Extension Program of Ethiopian's Agriculture Ministry. "It was first discovered by Ethiopian farmers, who have been cultivating it for more than 3,000 years," he said. "And like coffee, teff is ours, it is Ethiopia's gift to the world."

Some 6.5 million farmers produce 44 million quintals (a unit equal to 100 kilograms) of teff every year.

"Due to the introduction of better seeds and farming technologies, production has risen more than 40 percent over the last five years," Lema said.

Teff is farmed and consumed in nearby Eritrea and South Africa as well as the U.S., Australia, Canada, the Netherlands, Spain, and India. However, Lema said, more than 90 percent of the world's teff is grown in Ethiopia. In 1886, Britain's Royal Botanic Gardens took the crop and sent it to be grown in North America, Europe, and Africa. Temesgen Aweke, a researcher with Ethiopia's Health and Nutrition Research Institute, said teff is blessed with unique characteristics that make it a healthy food.

"First, teff is not genetically modified and it is gluten free," he said, "It is also high in fiber, and rich in iron, calcium, magnesium, protein, and amino acids."

According to the FAO, teff is low on the glycemic index, making it a good food for people with type 2 diabetes. Aweke added that over the last decade teff has been recognized as one of the world's ancient dietary staples, joining the likes of quinoa, farro, spelt, and millet.

"Compared to quinoa, and other ancient grains, teff contains more calcium, iron and vitamin C," he added. Teshome Seleshi, a brand expert with the Ethiopian Intellectual Property Rights Office, told Anadolu Agency that the global appetite for teff has been growing over the past decade.

"As consumers in North America and Europe have developed an appetite for teff, many companies, particularly from India and South Africa, have responded to the demand by cultivating and selling teff flour to health food shops," he said. A Dutch firm, Health and Performance Food International (HPFI), which in 2005 signed an agreement with Ethiopia to promote teff's use in Western cuisine, partially contributed to the crop's popularity, according to Seleshi. Despite the growing demand, in 2006 Ethiopia banned exports of raw teff and flour, after the price of the crop skyrocketed, panicking consumers. (The ban does not include injera.)Mama Fresh is one of the companies that since 2003 has baked and exported injera to various parts of the world. Over the last couple of years many local companies also entered the business, and all the firms export more than 30,000 pieces of injera to Washington and New York every day, he said. "Once the global market is saturated, it will be difficult to compete and sell," he said. "The government should provide incentives for large-scale farming, and ease the ban." The agriculture ministry is cautiously optimistic that after ensuring domestic supply, Ethiopian farmers would be able to export the grain.