Electric jet startup could become 'Uber in the sky' 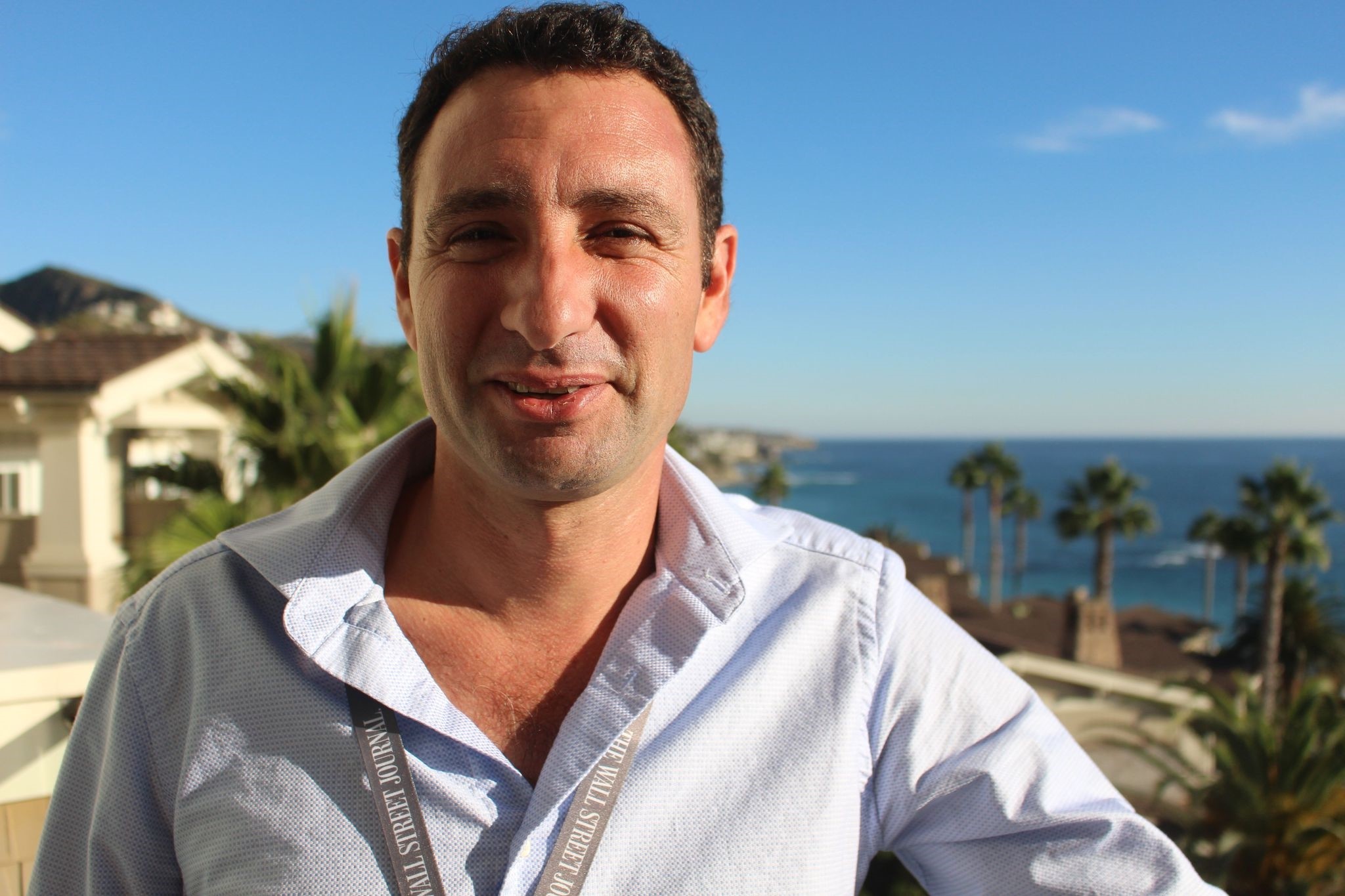 Eviation Aircraft co-founder and CEO Omer Bar-Yohay poses during a break at the WSJD Live conference in Laguna Beach.
by Oct 19, 2017 12:00 am

Eviation Aircraft Chief Executive Omer Bar-Yohay pictures a day not too far away when summoning a bargain plane ride with a smartphone will be as easy as hailing Uber. The Israel-based startup working on a self-piloting, electric aircraft was at the WSJD Live conference here yesterday with a vision of "Uber meeting Tesla in the sky."

Bar-Yohay spoke of a future in which people could take Uber to a regional airport, then use another smartphone application to summon an Eviation electric plane to whisk them inexpensively to destinations hundreds of miles away.

"What would happen if Uber meets Tesla in the sky?" Bar-Yohay asked rhetorically in an interview.

"I think it makes super-commuting not so super anymore; you just go. That is the vision."

Eviation was at the Paris Air Show earlier this year with a small-scale prototype, and is intent on returning with a full-scale electric aircraft capable of carrying passengers in 2019. Co-founders were at the Wall Street Journal technology conference to rustle up funding, with a goal of about $20 million. The startup founded about two years ago has been paying its way out of pocket, with some help from the Israeli government, going through about $10 million to date, according to Bar-Yohay. The new infusion of cash will be used as fuel in a race to be first to market with an electric airplane, this one designed to carry up to nine passengers and two crew members.

"We have been sprinting full speed for the past two years," Bar-Yohay said.

"I don't think it is going to be winner takes all, but it will be winner takes a hell of a lot." In his eyes, the appeal was obvious. Instead of spending hours in a car traveling hundreds of miles, an electric plane summoned on-demand to a regional airport would get passengers to faraway destinations quickly and inexpensively. Eviation is out to take advantage of small, typically underutilized regional airports, making them liftoff spots for on-demand flights.

"It needs to cost like a bus ticket," Bar-Yohay said of such a service.

"If you build the plane electric, like a Tesla, the cost of operating becomes ridiculously low."

Electric components for airplanes are a fraction of the cost of comparable parts for engines in traditional aircraft, and are more reliable, according to Bar-Yohay.

"You need to build machines that will never break; electric components are naturally like this," Bar-Yohay said. Eviation plane batteries are spread out in more than a dozen places, so "no matter what hits you, some part of the aircraft will have the power to keep you going," according to Bar-Yohay. The expected range of the Eviation plane will be about 650 miles (1,050 kilometers). The vision is to have the aircraft be self-piloting, so it could be summoned by an app or be available as desired for people who pool resources to buy one. He expected the first-generation Eviation aircraft to cost $2.5 million to $3 million.Bar-Yohay noted there is competition forming already, including rideshare leader Uber researching vertical-takeoff vehicles to fly passengers short distances.