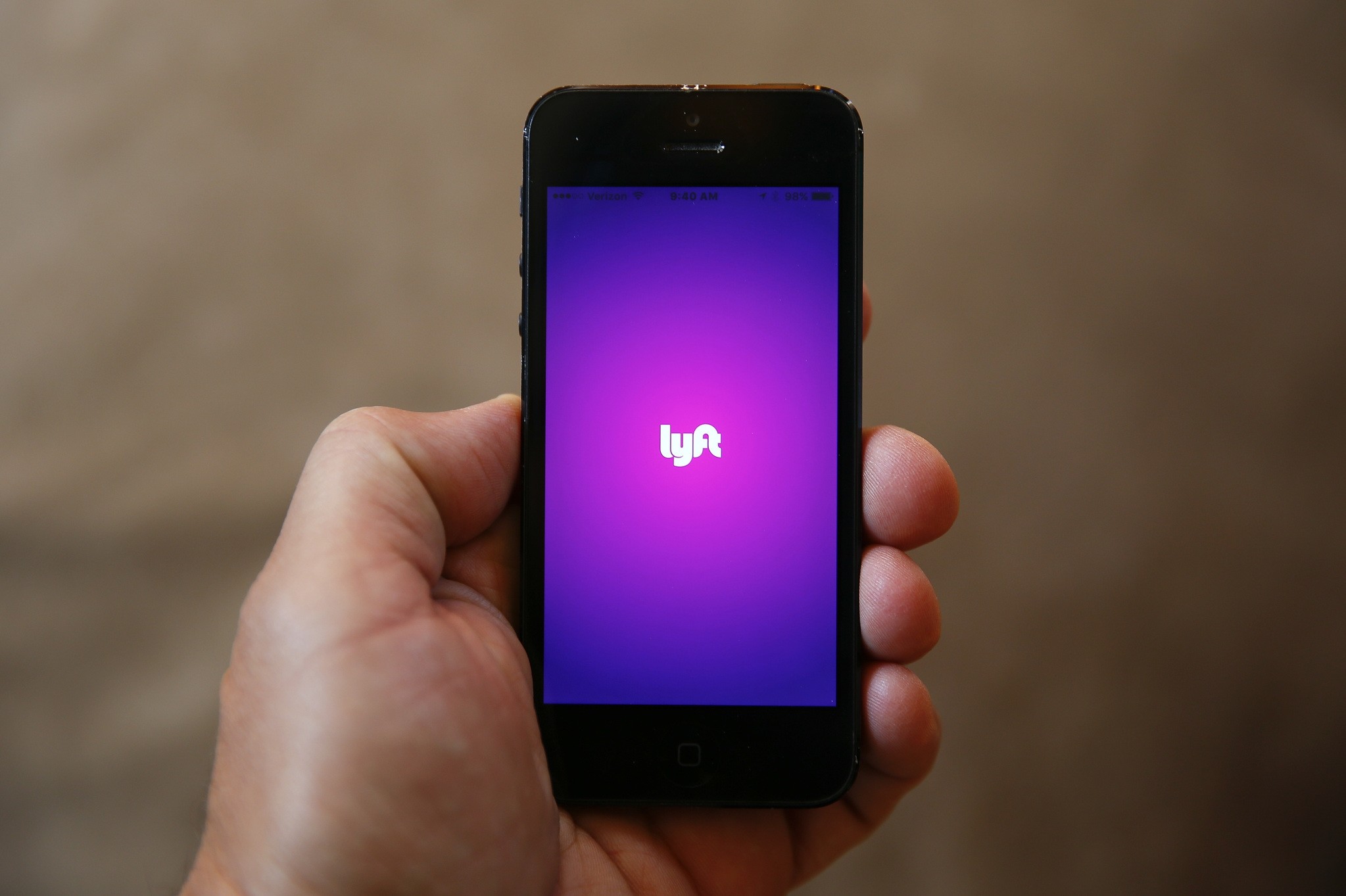 This Monday, May 16, 2016, file photo shows a smartphone displaying the Lyft app, in Detroit. (AP Photo)
by Oct 20, 2017 12:00 am
Lyft Inc has raised $1 billion in fresh financing, the ride-services company said on Thursday, in a round led by one of Alphabet Inc's investment funds, further complicating the convoluted world of ride-hailing alliances and dealing a blow to rival Uber Technologies Inc.

The round was led by CapitalG, the growth investment fund of Alphabet that has also backed large private tech companies such as home-renting platform Airbnb and payments firm Stripe. Six months ago, Lyft raised $600 million from a conglomeration of investors. Lyft said the latest round boosts its valuation to $11 billion from $7.5 billion (5.70 billion pounds).

CapitalG partner David Lawee will join the company's board, Lyft said, bringing it to a total of 10 directors.

"Ridesharing is still in its early days and we look forward to seeing Lyft continue its impressive growth," Lawee said in a statement.

Lyft, which runs a distant second to Uber [UBER.UL], has pushed expansion this year. The company says it is available across 41 states and completes more than a million rides a day

Lyft is deepening ties to Alphabet despite its partnership with General Motors Co, which has invested $500 million. GM president Dan Ammann told Reuters this week that any further plans to collaborate with Lyft were "not defined at this time."

Lyft and Alphabet already have a relationship through a partnership Lyft struck with Waymo, Alphabet's self-driving car unit, in May. The two companies are collaborating on bringing autonomous vehicle technology to market, but have not provided many details.

Spokespeople for Lyft and Alphabet have said the latest investment will not have any bearing on the Waymo partnership.

Alphabet also has ties to Uber through its second investment arm, GV. GV invested in Uber in 2013, but then Uber began to develop autonomous cars and compete directly with Alphabet.

Last year, Alphabet executive David Drummond stepped down from the Uber board. This year Waymo sued Uber, alleging trade secret theft, in a case that is set to go to trial in December.

"It is another punch by Alphabet at Uber," said Erik Gordon, an entrepreneurship expert at the University of Michigan's Ross School of Business.

GV could have the opportunity to sell at least some of its stake in Uber in a highly anticipated deal between Uber and SoftBank Group Corp, which may be finalized in the next week. SoftBank wants to buy between $7 billion and $10 billion in shares from Uber employees and investors.

Uber has also been embroiled in sexual harassment claims, lawsuits and U.S. Department of Justice investigations over its business practices.

Bill Maris, founder of GV who has since left to run his own venture capital firm, told Reuters last week there is a strong case for GV to sell.

"It is completely rational to me as an investor to take all of the money off the table now given all of the drama, all of the toxicity, all of the DOJ investigations," he said.

But Maris and other Uber investors are conflicted, saying the company still has the potential to be worth $100 billion or more.

"This thing likely goes up from here," Maris said.

Lyft is close to hiring an initial public offering advisory firm, the first concrete step by the company to become publicly listed.

This funding round may delay those IPO plans, however, as the capital will allow Lyft to continue growing its business privately.

"We will go public when it's right for us," said Lyft spokeswoman Alexandra LaManna.