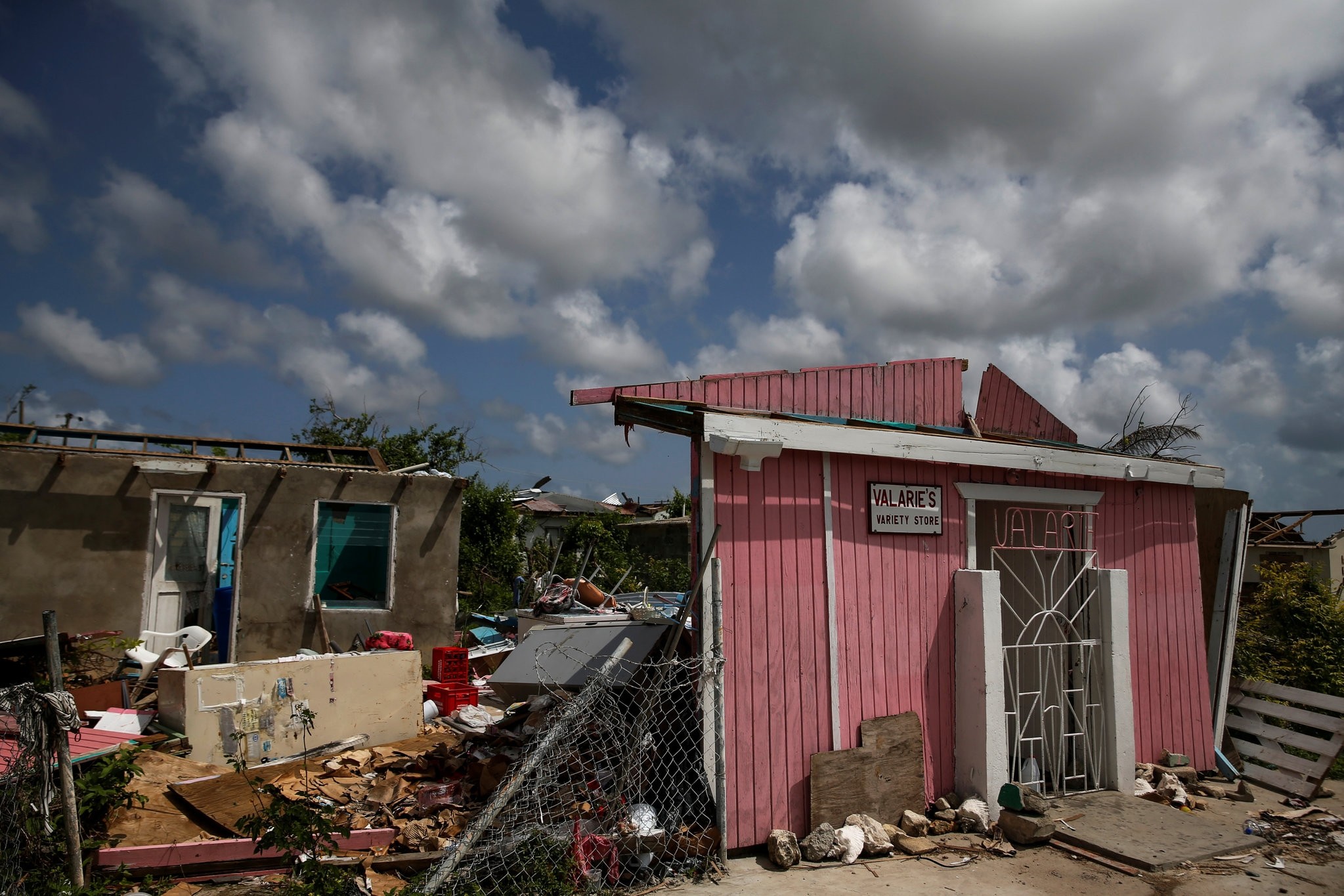 Homes sit in ruin at Codrington on the island of Barbuda a month after Hurricane Irma struck the Caribbean islands of Antigua and Barbuda, Oct. 7.
by Oct 21, 2017 12:00 am

Total insured market losses from hurricanes Harvey, Irma and Maria and two earthquakes in Mexico this year came to around $95 billion, reinsurance group Swiss Re announced Friday. The Zurich-based company estimated its own pre-tax claims burdens from three hurricanes and two quakes at some $3.6 billion (3.05 billion euros) in the third quarter. The world's second largest reinsurer behind Munich Re based on assumed premiums cautioned that the estimates "are subject to a higher than usual degree of uncertainty and may need to be subsequently adjusted as the claims assessment process continues."

"The most recent natural catastrophes have been extremely powerful," CEO Christian Mumenthaler said in a statement.

"Swiss Re estimates the total insured market losses of the industry caused by these events to be approximately $95 billion," it said.

The group said that approximately $175 million of its own claims burden, which is net of retrocession and before tax, was related to the quakes. Chief Financial Officer David Cole, said: "Swiss Re maintains a very strong capital position and high financial flexibility to support our clients' needs, respond to market developments and execute on our capital management priorities" despite the challenges posed by recent events. Another Swiss group, Zurich Insurance, said Thursday it expects to receive around $700 million in insurance claims net of tax related to hurricanes Harvey, Irma and Maria in the third quarter.