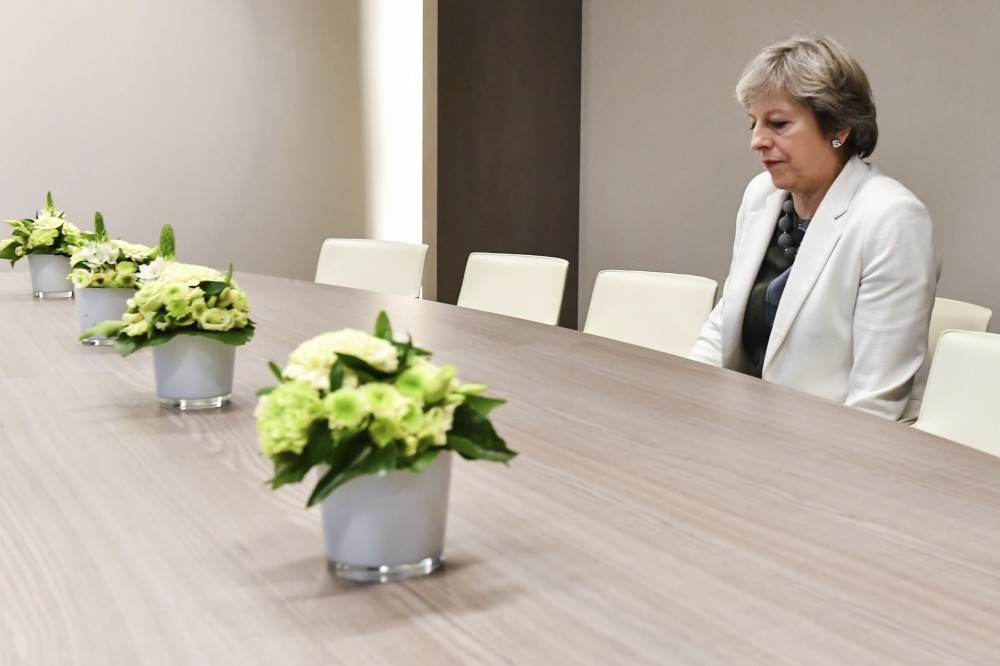 The German daily FAZ said that Prime Minister May "begged" Juncker for help in the negotiations, warning Europeans of the acute risk she had taken in terms of domestic politics by backing away from a hard Brexit and asking for a two-year transition period.

The article, which did not cite sources, said May appeared "tortured," "fearful" and "discouraged" at a dinner with Juncker just days ahead of an EU summit where members of the bloc handed May a small victory by agreeing to launch preparations for the next stage of negotiations. The report which surfaced on Sunday indicated that European Commission President Juncker later told colleagues that the British prime minister appeared beaten down by intra-party conflicts and looked as though she wasn't sleeping at night, pointing out that she had "dark circles" under her eyes.

In a tweet, Juncker's head of cabinet Martin Selmayr, who also attended the dinner with Prime Minister May, vehemently denied the newspaper report.

"I deny that 1/we leaked this; 2/Juncker ever said this; 3/we are punitive on Brexit," wrote Selmayr.

"It's an attempt to frame the EU side and to undermine," he added.

Selmayr, a former European Central Bank (ECB) official from Germany and a powerful figure in Brussels, is known as a skilled spin doctor who is widely considered to be a source for the conservative Frankfurt-based daily FAZ.

A diplomatic row erupted in May following a similar report in daily FAZ which suggested that a dinner meeting with Prime Minister May had left Juncker "10 times more sceptical" regarding a prospective Brexit deal, telling German Chancellor Angela Merkel that Prime Minister May was in a "different galaxy."

That report was widely attributed to Selmayr and came just weeks ahead of British elections, turning into an embarassing debacle for the British prime minister, who lost her majority in British parliament.

Prime Minister May and Juncker were joined at the dinner table last week by British Brexit Secretary David Davis and European Chief Negotiator for Brexit Michel Barnier. In a short statement, the EU and the U.K. said the meeting was held in a "constructive and friendly atmosphere."