First BTK train arrives in Kars, to continue on to Mersin 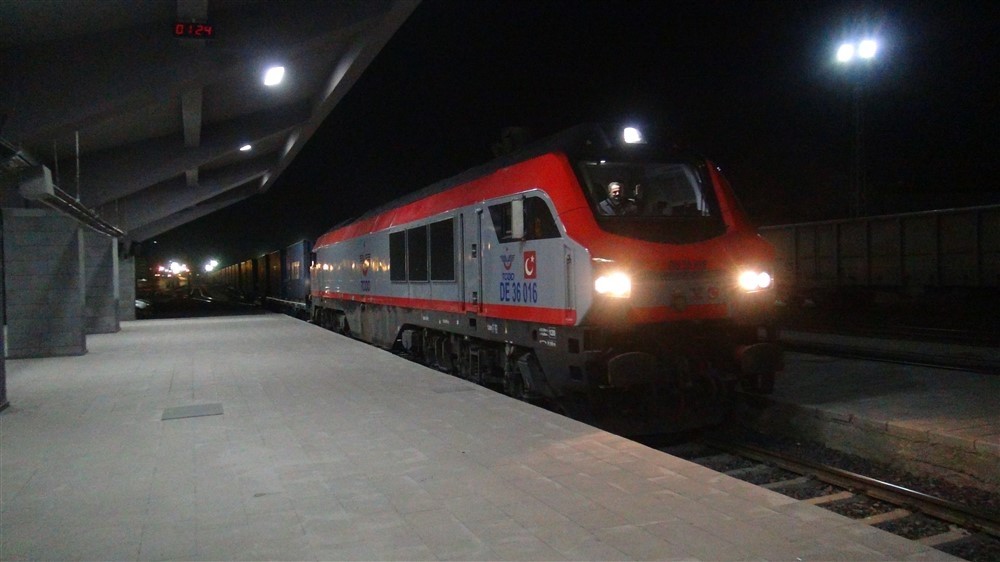 The Baku-Tbilisi-Kars (BTK) Railway, which is also known as the "Silk Railway," and aims to revive the historical Silk Road. The first train arrived in Kars after its inauguration on Oct. 30, in the Azerbaijani capital of Baku.

Arriving in Kars on the same train, Turkish State Railways (TCDD) Transportation A.Ş. General Manager Veysi Kurt explained that the train first left the station in Kazakhstan and arrived in Kars via the Alat Port in Baku.

Kurt said that the 856-kilometer route from Azerbaijan to Kars was completed in 40 hours and will go to Mersin, which is another 258 kilometers, in 40 hours, as well. The 4,799-kilometer route with 30 containers that started in Kazakhstan will finish in Turkey's southern province of Mersin.

Saying Turkey has seized an important opportunity both on a regional and global scale with this project, Kurt predicted that the BTK Railway will boost peace and friendship among regional countries.

As a result of the BTK Railway, 4,700 kilometers took 180 hours to travel. Kurt also said that formal procedures were minimized by Turkish customs and agriculture authorities, stressing aspirations to increase the current 3 million tons of freight transportation on the BTK Railway. Annual freight transportation was 7 million tons during the initial stage, he said, adding that this could exceed 17 million tons in the near future. The TCDD had been carrying out transportation operations from China to Turkey and from China to Europe in both directions along a 3,000-kilometer route, Kurt said. However, the BTK Railway facilitates the expansion of the logistics market to destinations 5,000, 10,000 and 12,000 kilometers away. The fir