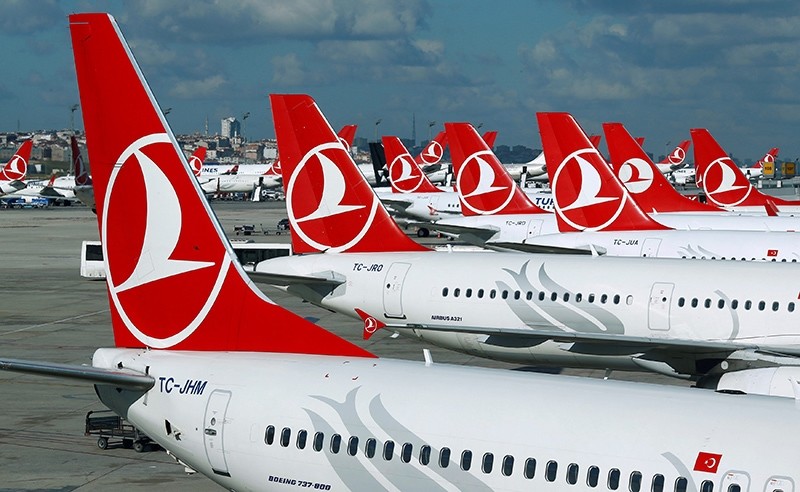 National flag carrier Turkish Airlines (THY) has announced the highest third-quarter profit in its history, with a real operating profit of $939 million in the third quarter of this year.

With the improved fiscal discipline and dynamic demand management practices it has been implementing since the beginning of the year, THY has achieved a real operating profit of $956 million in the first nine months of the year, achieving the highest profit in its history.

According to the figures, EBITDA (Earnings Before Interest, Taxes, Depreciation, And Amortization) increased by nearly 90 percent compared to the previous year, reaching $1.5 billion in this period, and THY maintained its position among the most profitable airlines in the aviation sector with an EBITDA margin reaching 41 percent in the same period.

Evaluating the financial results, M. İlker Aycı, chairman of the Board and the Executive Committee of THY, said the profitability they achieved in the third quarter of 2017 clearly demonstrated the strong cash-generating potential of their partnership

Aycı stressed that they will continue to grow without compromising their service quality in the direction of their goal of becoming one of the world's leading five-star airlines.

"Turkish Airlines, the most valuable brand and largest service exporter in Turkey, will continue to proceed with sure steps towards maintaining its growth and making Istanbul an important center of international air transport," he added.

According to the financial data, THY reached an occupancy rate of 81.5 percent in September, the highest level in the last five years.

With the contribution of this success in the third quarter, Turkish Airlines reached 52 million passengers with an average occupancy rate of 79 percent in the first nine months of the year.

In these nine months, the airline reduced operational costs by about 6 percent without compromising fiscal discipline.

In the third quarter of 2017, when fuel costs increased, unit costs decreased by 4 percent due to savings on all major items such as staff and catering expenses.

Turkish Cargo, which continues to increase its share in the world air cargo market, reached 55 destinations worldwide in the beginning of the year, and increased this number to 72 by the end of September.

Forming a wide corridor with new routes from Asia to Africa and from Europe to Latin America, Turkish Cargo carried 294,000 tons of cargo in the third quarter of 2017, an increase of 29 percent compared to the same period of the previous year.

During this period, the company increased its cargo revenues by 40 percent to $343 million.

Having crowned its successful performance with numerous awards, Turkish Cargo has been recently named "Best Air Cargo Carrier of the Year" in Asia.

THY is one of the most valuable brand ambassadors of Turkey, and flies to 300 destinations with 49 domestic and 251 international flights in 120 countries, including the routes opened this year such as Samara and Phuket.

The THY fleet, which is among the youngest in the world, today has a total of 329 aircraft, including 223 narrow-body, 90 wide-body and 16 cargo aircrafts.