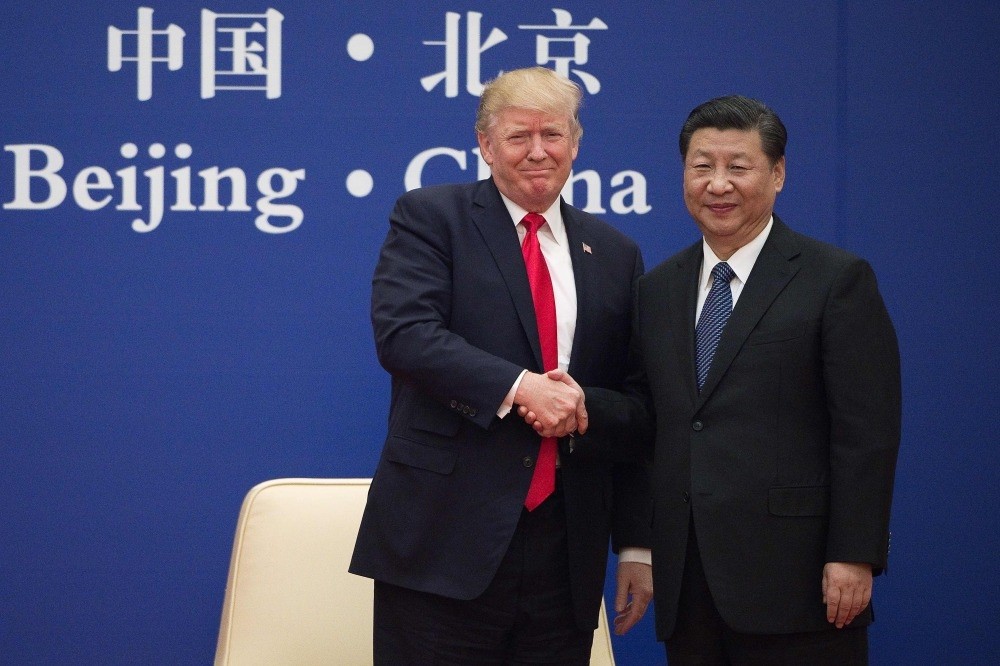 A number of deals valued at around $253.4 billion were inked yesterday by U.S. companies during Trump's visit to Beijing, including the purchase of U.S.-made chipsets, jetliners and soybeans, while the two sides also agreed to cooperate on gas projects

The agreements, some of which were less than firm contracts, signed at a ceremony attended by Trump and his Chinese counterpart, Xi Jinping, included the purchase of U.S.-made chipsets, jetliners and soybeans. The two sides agreed to cooperate on a gas project in Alaska they valued at $43 billion and a shale gas demonstration project valued at $83.7 billion.

Such contract signings are a fixture of visits to Beijing by foreign leaders and are intended to defuse foreign complaints about China's trade surpluses and market barriers. They often represent purchases Chinese mobile phone makers, airlines and other customers already planned to make that are collected for the visit, which would mean they do little to change the trade balance.

Trump has made narrowing the U.S. trade deficit with China - $347 billion last year - a priority. Ross said Wednesday that was a "central focus" of his talks with Xi.

The American Chamber of Commerce in China said ahead of Trump's visit that it welcomed such contracts but expressed concern Trump's focus on trade in goods might mean he pays less attention to equally important issues such as complaints about restrictions on access to finance, health care and other industries in China's state-dominated economy.

Xi said China is committed to further opening its economy to foreign investment, though he gave no details.

"China will not close its doors and will open even wider," said Xi. He said American and other foreign companies would find China's market "more open, more transparent and more orderly."

Previous administrations have celebrated similar market-opening promises only to be left disappointed.

Contracts signed Thursday included the Chinese purchase of Boeing Co. jetliners for $37 billion, mobile phone chipsets from Qualcomm for $12 billion, $1.6 billion of soybeans and vehicles and parts from General Motors Co. and Ford Motor Co. for a total of $11.7 billion.

Xi said China is willing to expand imports of LNG, crude oil and other U.S. energy products and would explore "the potential" of more imports of American beef, cotton and other agricultural products. It was also unclear if these pledges extend beyond a U.S.-China trade agreement announced in May that featured LNG and beef exports to China, which trade experts called a modest fulfillment of past assurances made by China.